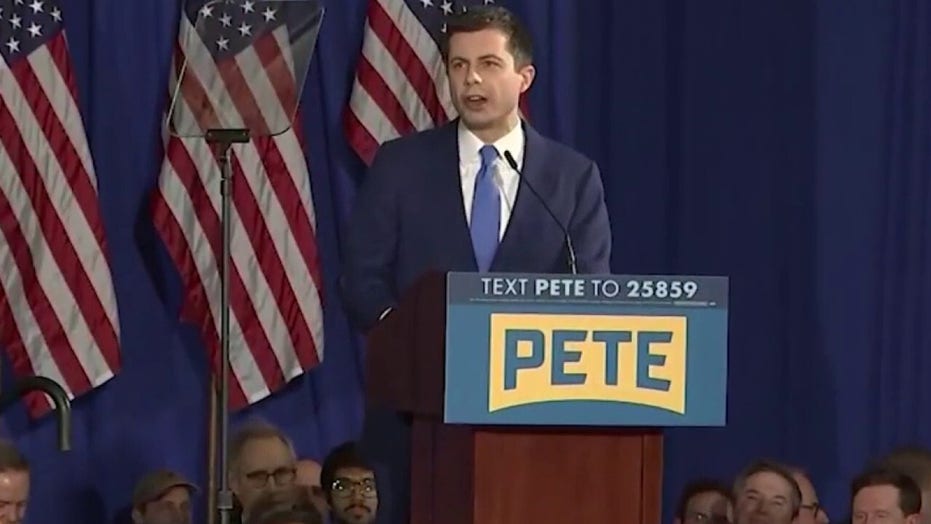 Sanders and Buttigieg in tight race for delegates

Only in today’s Democratic Party could someone like former South Bend, Ind., Mayor Pete Buttigieg be considered a "moderate."

The prevailing narrative of the race for the Democratic presidential nomination has been shaped by Sen. Bernie Sanders, I-Vt., and his unrepentant socialism, which has bifurcated the party between outspoken extremists and radicals masquerading as moderates.

On the one hand, there is Bernie himself and the similarly extremist candidacy of Sen. Elizabeth Warren, D-Mass. On the other hand are the candidates who have been assigned the misleading appellation “moderates” simply because they stop short of preaching outright revolution.

The alternatives to Sanders are handed the moderate label more as a matter of convenience than because their policies actually conform to the American mainstream.

Until recently, the standard-bearer for this group was former Vice President Joe Biden. But Biden’s spectacular demise – a fourth-place finish in the Iowa caucuses and a truly embarrassing failure to even hit the 10 percent mark in the New Hampshire primary – has sent the Democratic establishment scrambling for someone to fill the role of the putative “moderate” in the race.

Many are gravitating toward Buttigieg, whose seldom-examined policy agenda is, in fact, so far to the left that it would have been unimaginable in the Democratic Party of President Barack Obama, let alone that of President Bill Clinton.

Clinton, for instance, won the White House in 1992 while calling for abortion to be “safe, legal and rare” – a strategy that also worked for Obama 16 years later. That constitutes a moderate position, at least within the Democratic Party.

So-called “moderate” Pete Buttigieg, however, has taken a much more aggressively pro-abortion approach, opposing restrictions on abortion right up to the moment of birth. If that makes Mayor Pete a “moderate” then let’s call Col. Sanders a vegan!

Buttigieg is even more radical when it comes to criminal justice reform, pledging to “Ensure more people are free by significantly reducing the number of people incarcerated in the United States at both the federal and state level by 50 percent.”

Between jails and prisons, that would mean about 1.1 million convicted criminals released into American communities. They wouldn’t all be “nonviolent drug offenders,” either – though Buttigieg is saying that as president he would decriminalize possession of all drugs, including meth and heroin.

President Trump has gotten behind historic federal sentencing reform, too, but he took a much more responsible approach. Recognizing the excesses of the so-called “War on Drugs” and its devastating impact on some poor and minority communities, he signed the First Step Act into law.

The First Step Act offers certain nonviolent offenders opportunities to reduce their sentences by participating in programs designed to help them become productive members of society. That is a moderate position, and the broad bipartisan support for the First Step Act is proof.

Casually releasing more than 1 million criminals onto the streets is decidedly not a moderate position.

Supporting open borders is also a far cry from what any reasonable person would call “moderate” – so it should come as no surprise that Mayor Pete not only embraces unfettered illegal immigration, but actually wants to encourage more of it.

For decades, the vast majority of Americans have consistently told pollsters they want less immigration or about the same as we have. Buttigieg and the other Democratic candidates are not among them.

Buttigieg even wants to create a new “community renewal visa” to funnel cheap foreign labor right into the areas where American citizens are struggling most for jobs and higher wages.

The rest of Buttigieg’s platform is just as far outside the mainstream. From federal registration of gun owners, to sweeping calls for online censorship and surveillance – presented under the guise of combatting “white nationalism” – to subordinating the First Amendment’s guarantee of religious freedom to the demands of transgender advocates, there is hardly anything even remotely “moderate” about it.

Just because Bernie Sanders is willing to openly identify as a “democratic socialist” doesn’t mean the other candidates are “moderate.” Only in this Democratic Party would that notion make sense. All of them – Sen. Amy Klobuchar, D-Minn., included – believe a lot of the same stuff.