Imagine a candidate who wants to abolish the Electoral College, a foundation of our representative government. This candidate also would force all Americans to pay for abortions, regardless if they are pro-life or pro-choice, a position voters reject by large margins. This candidate wants to “transform our energy sector,” and is a co-sponsor of the so-called “Green New Deal,” a radical centralized plan that mandates government-run health care, housing, and “access to nature,” and blames “systemic racial, regional, social, environmental, and economic injustices” on global warming.

Sounds like Sen Bernie Sanders, I-Vt., the candidate who honeymooned in the Soviet Union, right? Wrong, this candidate is Sen. Amy Klobuchar, D-Minn.

What about the other “moderate” the liberal media have been trying to sell since last fall, former South Bend Mayor Pete Buttigieg? Not only is he a supporter of the above positions, but he also wants to pack the Supreme Court with liberal justices. He thinks a baby’s life doesn’t begin until she takes her first breath, and that it’s a good thing for 7-year-olds to be talking about abortion. If you eat a burger or drink from a straw, you are “part of the problem.” He not only wants to decriminalize illegally crossing the border, but he also wants to decriminalize heroin and meth.

WHO'S DROPPED OUT OF THE 2020 PRESIDENTIAL RACE?

The so-called “centrist lane” is a media-created fallacy. It’s not in the center. It’s to the left. The far left.

Today’s “moderate” Democrats are the focus-grouped version of socialism. They are trying to sell the radical ideas in a more appealing package, through a small-town mayor and former junior consultant or a (not so) “Minnesota nice” female senator. 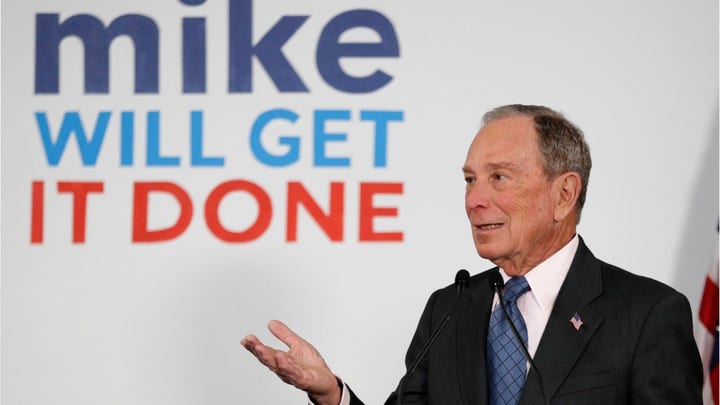 They share the same vision for a vast expansion of government into our daily lives as Sanders, they just don’t like that he’s so blunt about it. You can’t actually tell the middle class you will raise their taxes. Democrats don’t want to say outright that we won’t be able to keep our doctor or our health care. They’d prefer to lie like they did last time.

There is no significant difference among the Democrats on policy. While Klobuchar and Buttigieg won't take out terrorists, Sanders would let them vote from prison. Buttigieg admits there is only a difference in “tone.”

While Sanders vows a “fair transition” when he eliminates millions of jobs in our booming energy industry, Buttigieg prefers to call it “career transitions.” He vows support for “those who are working in the fields that are going to go through the most change” for “what has to happen to find our new climate future.” But don’t worry, Buttigieg says. Your new government-mandated “green” job will be "very easy to understand."

And the fantasy of a “moderate” white knight who voters will coalesce behind to take on Sanders? A nanny-state billionaire who banned Big Gulps, wants a massive national program to “retrofit” your house, is behind the most extreme anti-Second Amendment policies in the nation, and praises Chinese communism. Michael Bloomberg was banning everything before the Democrats thought it was cool. He’s right at home among these far-left candidates.

The problem is you can’t buy authenticity or charisma. You can’t buy enthusiasm. You can’t buy promises kept. You can’t pay a consultant to manufacture accomplishments. And whether you pretend to be a moderate or not, no Democrat can match the unprecedented.