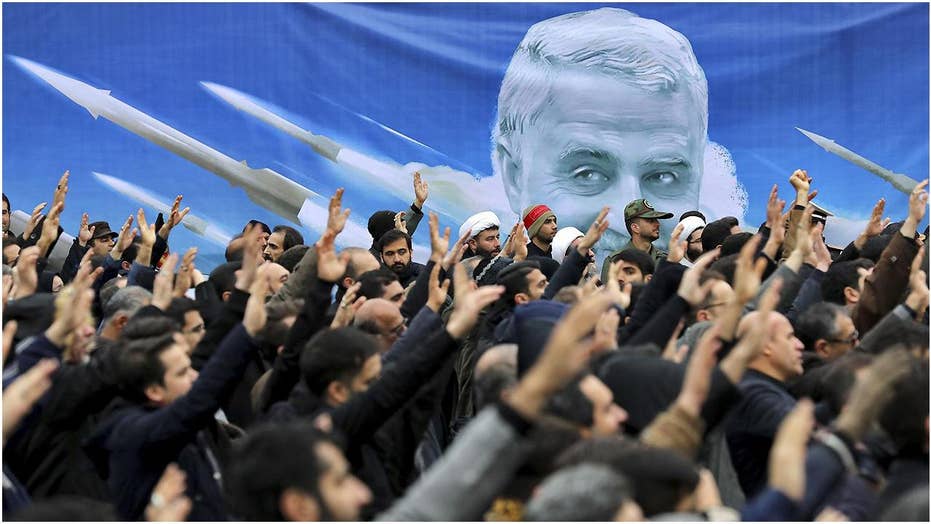 Iran makes good on threat to retaliate for US strike that killed Gen. Soleimani

Iranian missile attacks on two joint U.S.-Iraqi military bases Wednesday morning didn’t kill or injure any Americans, according to initial reports – and that appears to have been a deliberate move by Iran to avoid a retaliatory strike by U.S. forces.

Iran had to strike back at the U.S. in some way after an American drone attack ordered by President Trump killed Iranian terrorist Gen. Qassem Soleimani and other terrorists Friday morning in Iraq. But the leaders of the Iranian regime are smart enough to know that if they had killed Americans in their retaliatory attack, Trump would have responded with deadly force.

This could have sparked a rapidly escalating series of strikes and counterstrikes as each side hit back at the other and could have eventually led to a costly war that would have hurt Iran far more than the U.S.

Iran called on the U.S. not to retaliate after the Islamic Republic launched as many as 15 ballistic missiles at the bases where U.S. troops were stationed – a clear indication that Iran wants to avoid further military conflict with the far more powerful American forces.

Iranian Foreign Minister Mohammad Javad Zarif tweeted after the attacks: “Iran took & concluded proportionate measures in self-defense under Article 51 of UN Charter targeting base from which cowardly armed attack against our citizens & senior officials were launched. We do not seek escalation or war, but will defend ourselves against any aggression.”

The lesson here is that despite Iran’s tough talk and threats, it fears the power of the U.S. and doesn’t want a military confrontation with America that could lead to a U.S. invasion – the fate that befell its neighbors Iraq and Afghanistan.

In fact, the U.S. killing of Soleimani was such a severe blow to the Iranian regime that it may be the de-escalation event we were looking for to ratchet down tensions with Iran.

As a result, Trump’s decision to kill Soleimani – a terrorist responsible for the death of more than 600 Americans and thousands of others – was a double victory for the U.S.

First, eliminating Soleimani ensures he will never lead another deadly attack. And second, the killing is a stern warning to Iran that the Trump administration is not afraid to attack when warranted.

The killing of Soleimani and other terrorists followed an attack by a militia backed by Iran that killed an American and wounded four others in December. The U.S. conducted airstrikes on five bases belonging to the terrorist militia Kataib Hezbollah in retaliation.

That American action prompted Abu Mahdi al-Mohandes – the commander of Kataib Hezbollah – to join with other militia leaders to attack the U.S. Embassy in Baghdad.

A day later President Trump decided to target Soleimani – the man responsible for the escalation in Iraq and across the region and the one man whose death would send a clear warning to Iran to back off. Or else.

Trump appears to have asked himself the right question: Who do we take out to stop these Iranian attacks? The answer was Soleimani.

Trump should be commended for ordering the drone strike that killed both Soleimani and Abu Mahdi al-Mohandes –the two most powerful men undermining the U.S. presence in Iraq and the region.

Mohandes’ death could be a de-escalation event for Iraq.

It’s time now for the Iraqi government to tell Iran to stop killing Iraqis, and time for Iraq to target and arrest members of the Iranian-backed militias.

If Iraq refuses, the U.S. must come to the realization that the Iraqi government is more interested in being allied with Iran. That will lead to a U.S. troop withdrawal and loss of support for the Iraqi government. The big loser, if that happens, will be Iraq and its people.

Michael Pregent is a senior fellow at the Hudson Institute and a terrorism expert for the National Defense University. He is a former  Army intelligence soldier and later worked for the Defense Intelligence Agency.