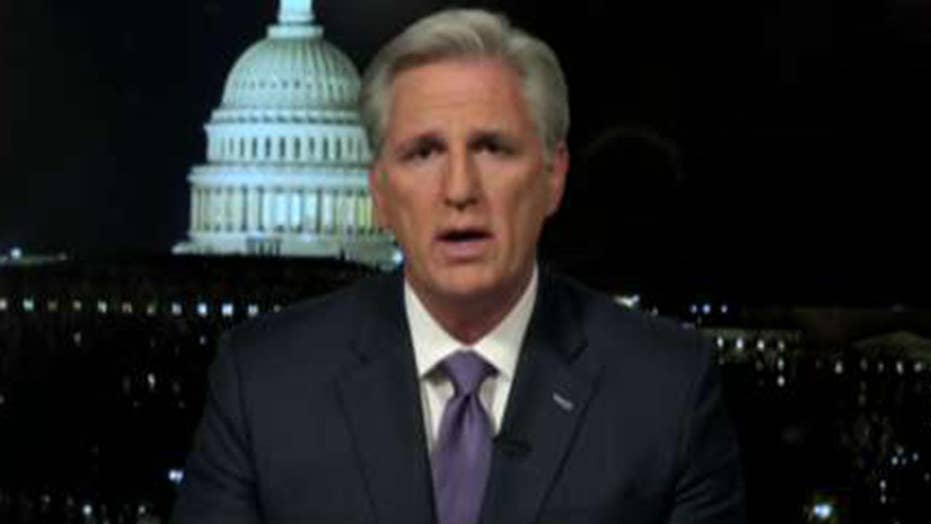 Iran’s firing of as many as 15 ballistic missiles into two Iraqi military bases where U.S. forces are stationed is a major escalation in its confrontation with America that began with the Islamic Revolution 40 years ago and transformed Iran from a U.S. ally into an enemy.

The Iranian government proudly claimed responsibility for the new attacks. Iran’s Islamic Revolutionary Guard Corps warned the U.S. and our allies against retaliating.

Iran had made clear since the killing of Soleimani that it would hit back at the U.S. for the death of the terrorist kingpin, who was responsible for the deaths of over 600 Americans and thousands of Iraqis, Iranians and others in the region.

The choice of ballistic missiles rather than a more certain type of strike – such as a bombing or direct assault – may show that Iran was acting to avenge its honor rather than out of a desire to launch a war against the U.S.

Iran’s leaders know the U.S. has defenses against missile strikes. So the attacks Wednesday morning allowed Iran to save face without actually killing any Americans. American deaths would surely prompt the U.S. to hit Iran with powerful force.

If later assessments confirm there were no casualties from the Iranian missile attacks, President Trump has the option to basically just laugh them off and dismiss them as an example of the weakness of Iran’s military.

Trump tweeted late Tuesday night regarding the attacks that took place Wednesday morning in Iraq: “All is well! Missiles launched from Iran at two military bases located in Iraq. Assessment of casualties & damages taking place now. So far, so good! We have the most powerful and well-equipped military anywhere in the world, by far! I will be making a statement tomorrow morning.”

Now is the time for both sides to back away from an escalating conflict that could lead to something neither wants – a full-scale war.

Some Democrats are absurdly claiming President Trump is a warmonger trying to embroil the U.S. in a new Middle East war to draw attention away from his upcoming impeachment trial in the Senate. But Trump has made clear he doesn’t want to start another “endless war.” At the same time, he felt obligated to eliminate Soleimani, who was plotting a deadly attack on Americans.

Despite all the fiery rhetoric coming out of Iran, that nation’s leaders are well aware that the U.S. can destroy much of their military equipment and other infrastructure and cause grave damage to their economy if President Trump gives the order.

Had Iran managed to kill or wound Americans – or if it does so in the future – a good target for U.S. retaliation would be the Iranian navy, as I have previously suggested.

The chief mission of Iran’s navy is to threaten shipping in the Persian Gulf and launch attacks if the regime deems that necessary. Iran proved this last year with multiple attacks on shipping in the waterway, which is a vital route for regional oil exports.

Taking out Iran’s naval capability would serve multiple purposes. First, it would demonstrate that our warnings are not empty talk. Second, it would remove one of the more hazardous options Iran has to wreak havoc in the Middle East.

An added bonus is that destroying the Iranian navy would inflict no damage on the Iranian civilian population. Hitting any infrastructure targets like power plants or bridges would cause them hardship – but the navy is only a tool for Iran to cause trouble.

Many Iranians see all the money their nation spends on military and terrorist activities as wasted resources when they are going hungry at home. They don’t like paying for guns and rockets for terrorists when they need food to feed their families.

The region is truly in flux right now with the death of Soleimani and the jousting between Iran and the U.S. On top of this, both Iraq and Iran are wracked by internal unrest and protests, ISIS remains a force in Iraq, and the Iraqi Parliament has cast a nonbinding vote to kick U.S. and other foreign forces out of the country.

And don’t forget the continuing civil war in Syria, the conflict of Turkey vs. the Kurds, and the long conflict between Israel and the Palestinians.

Of course, all of this unrest is dangerous and could spiral wildly out of control. But it doesn’t have to.

If Iran’s leaders are smart and concerned with the welfare of their own people they will step back from a confrontation with the U.S. to retrench and deal with their own problems. If they continue to seek more conflict with the U.S., defeat and devastation await their nation.

Jim Hanson is President of Security Studies Group and served in US Army Special Forces.
ADVERTISEMENT