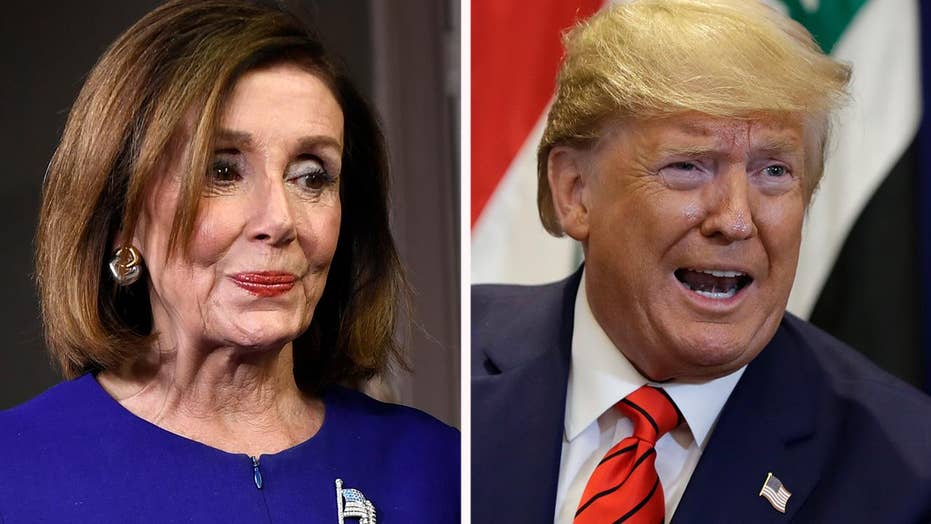 Fox News legal analyst Gregg Jarrett says Nancy Pelosi's formal impeachment inquiry is nothing more than a gesture until she brings it to the House floor for a vote.

House Speaker Nancy Pelosi on Tuesday endorsed an official inquiry to impeach President Trump, and there is joy across Resistance America—at least for now. The decision guarantees that this will go down as the Impeachment Congress, with little to show beyond investigations into the Trump campaign and now the Trump Presidency.

In one sense this moment was probably inevitable. Most Democrats and most of the media have never accepted Mr. Trump as a legitimate President. They can’t believe 63 million Americans voted for him over their nominee, Hillary Clinton, so they have looked every day since Election Night in 2016 for some reason to expel him from office.

They spent two years spinning a tale of Russian collusion that proved to be false. Then they hyped obstruction of justice because Mr. Trump fired James Comey as FBI director, but the public wasn’t persuaded. The payment to Stormy Daniels made a cameo, but that was too close to Democrats’ defense of Bill Clinton for “lying about sex” to fly.

Mrs. Pelosi has now found a rationale in a whistleblower’s accusation about Mr. Trump’s July 25 phone call to Ukraine’s President. Mr. Trump admits that he warned Volodymyr Zelensky about corruption, including Joe Biden ’s interventions in Ukraine against a prosecutor who was investigating a company with ties to Mr. Biden ’s son, Hunter. Mr. Trump also admits that he delayed U.S. aid to Ukraine in early July prior to the phone call out of concern for corruption and allied burden sharing.