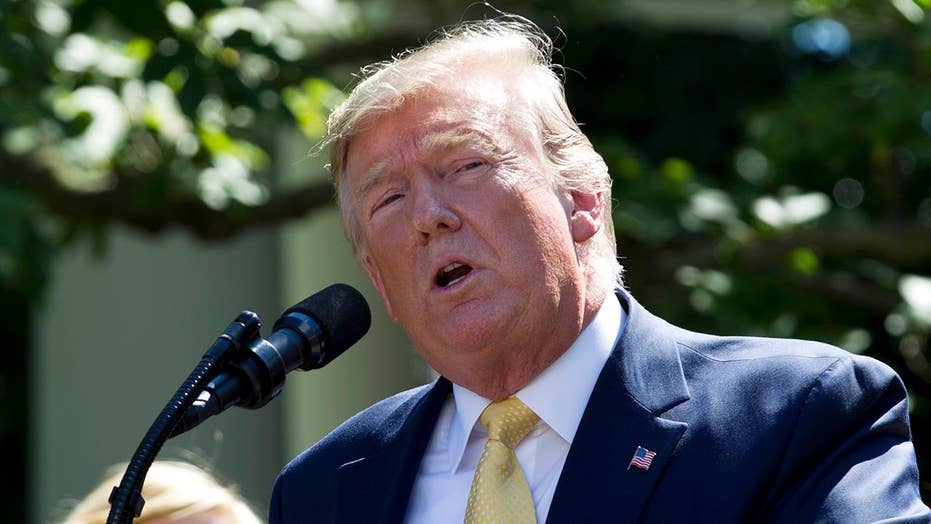 What does Trump's tariff threat mean for the future of the USMCA trade agreement?

President Trump backs off tariffs against Mexico over the border crisis, but could the U.S. economy still suffer?

This week, Canadian Prime Minister Justin Trudeau will meet with President Trump in Washington. As foreign leaders tend to do, Trudeau comes to our nation's capital with some asks. Two in particular.

The most politically urgent Trudeau is his request for help dealing with China. Last December, the Canadians arrested Meng Wanzhou, chief financial officer of the Chinese tech giant Huawei, at the request of the U.S. Justice Department. American officials allege that Meng defrauded American financial institutions in an effort to skirt President Trump’s sanctions against Iran.

Since that arrest, the Chinese government has retaliated, arresting Canadian expatriates — including a former diplomat — and charging them with espionage. Chinese food inspectors have also developed "safety" concerns with two of Canada’s biggest exports, canola and pork.

Whether President Trump can help our northern ally in its tense relationship with China is an open question. But Congress can grant Trudeau's second ask: it can ratify the new United States-Mexico-Canada Agreement (USMCA). It can do so right now and it should.

There are reasons for the tariffs President Trump has imposed on Chinese imports. Beijing ignores rules and norms on trade, manipulates its currency, and raids intellectual property.

In a world where backlashes against globalization are erupting everywhere — and often masked as trade disputes, our integrated, peaceful, America's drama-free relationship with Canada is precious.

Ratifying USMCA will protect and strengthen that relationship.

When President Trump decided to walk away from the North American Free Trade Agreement, arguing it was outdated and needed renegotiation, Canada actually agreed.

The ensuing negotiations were tough — trade is a paramount national self-interest — but the parties bargained in good faith. When the new deal was signed last October, all three governments declared it a win-win-win.

U.S. trade with Canada amounts to $662 billion annually. By smoothing the flow of goods and services across our northern border, USMCA would bolster this already fruitful trade relationship.

USMCA modernizes rules governing the movement of people, products and data across borders. It advances unified standards for production and certification of certain products. It further integrates our energy markets and strengthens intellectual property protections.

Put simply, USMCA makes commerce between the United States and Canada more streamlined than ever. The Canadian American Business Council, advocated for many of the regulatory updates included in the final trade pact. And while we didn't get everything we wanted out of negotiations, we were pleased with how the deal turned out.

So are Canadian lawmakers, who stand ready to ratify the deal. After the Trump administration dropped tariffs on Canadian steel and aluminum, Trudeau introduced a bill in Parliament that would officially implement USMCA in Canada. Mexico has too.

So, the fate of USMCA — which has been praised by the leaders of all three signatory governments and welcomed by the international business community and investors as the entrenchment of badly needed stability, is in now in the hands of Congress. More particularly, the House of Representatives, and the Democrats who control it.

Some progressive Democrats have reservations.

Trudeau's Liberals once felt the same way. But ultimately, they realized it was in Canada's national interest to move forward.

As it is for the American national interest.

Even for a power like the United States, it is unwise to fight trade wars on multiple fronts.

Like Canada, we are in a costly trade dispute with China, and it’s escalating. There are reasons for the tariffs President Trump has imposed on Chinese imports. Beijing ignores rules and norms on trade, manipulates its currency, and raids intellectual property.

Canada does not. Wherever our trade quarrels with China take us, we should prosecute them with our closest neighbor and ally as a serene partner, not an adversary.

Maryscott Greenwood is the CEO of the Canadian American Business Council.