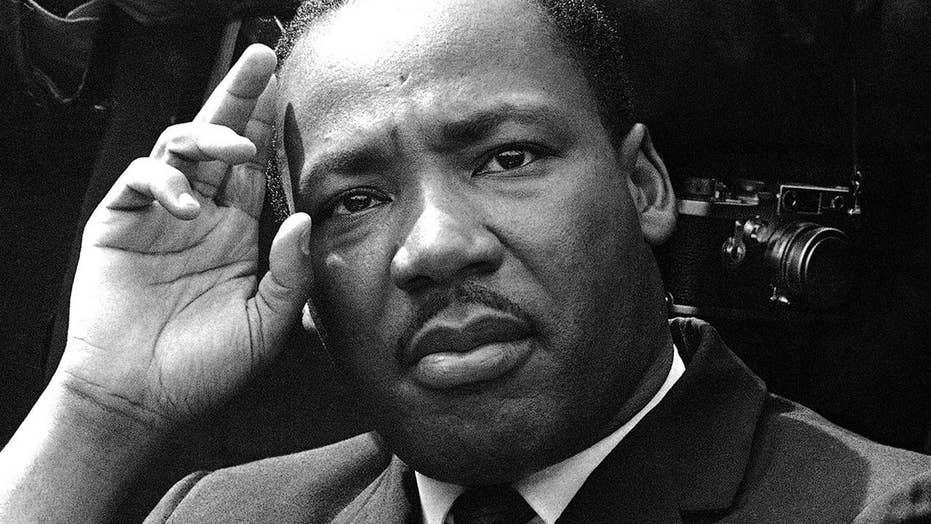 Events around the country pay tribute to the iconic civil rights leader who was born on January 15, 1929; Steve Harrigan reports from Atlanta.

As a child, Martin Luther King Jr. had something special that set the stage for his greatness: a father who mentored him.

It was Martin Luther King Sr., an esteemed clergyman in Atlanta, who taught his son not only to stand against the system of hate surrounding them, but also to forgive the people caught up in it. His father taught him to live as a man of character, love and courage. His father taught him never to let go of the dream of freedom.

Martin, as a young man, watched his father stand up to institutional injustice, watched him speak against the embedded behaviors of racism and intolerance, and walked with his father through the persecution and dangers of fighting for freedom. He relayed the story of his father telling a policeman who stopped them: “The policeman called my dad ‘boy.’ My father pointed to me and told him, ‘This is a boy. I'm a man, and until you call me one, I will not listen to you.’”

INDIANA AG CURTIS HILL: ON DR. KING'S BIRTHDAY BE INSPIRED BY THE GREATEST SPEECH IN US HISTORY

Martin Luther King Jr. had an exceptional father who was a man of character, faith and hope. Many young men in the world today do not.

Fatherlessness is at an all-time high; over 20 million children in the U.S. wake up every morning without a father in their life. Fatherlessness is the leading indicator of poverty, drug abuse, racism, suicide and behavioral issues in every region of the U.S and in every part of the world. It has shredded our culture and the cultural ties that have long held us together, especially faith.

The tragic result of fatherlessness is that it frequently produces men who don’t know how to parent a child, men who don’t become mature or maintain a faithful character, and men who reproduce a generational dysfunction. If fatherlessness was classified as a disease, it would be a global and nationwide emergency.

Our path, starting on this special day of honoring Dr. King, must lead us to change. The hearts of men must change: from fear to faith, from hate to love, from accusation to reconciliation, and away from fatherlessness. Change starts in the heart of a man and is exhibited in the actions of the hands of a man.

We can no longer be unaware or silent about fatherlessness and its impact on our culture.

My father, Rev. Ed Cole, stood with black pastors in the 1950s to protest city laws. As a youngster traveling with my family through the South in the early ‘60s, we bypassed any establishment with a sign excluding “coloreds.” At one restaurant, we didn’t see the sign until we were on the front steps. Dad gave a short lecture and we turned around. Two people on the steps left also, out of respect. My father simply said, “If they’re not welcome, we’re not welcome.” That’s how I grew up. That’s how I was mentored.

Martin Luther King Jr. famously said: “I think that my strong determination for justice comes from the very strong, dynamic personality of my father... I have rarely ever met a person more fearless and courageous than my father... The thing that I admire most about my dad is his genuine Christian character. He is a man of real integrity, deeply committed to moral and ethical principles.”

We can no longer be unaware or silent about fatherlessness and its impact on our culture. We must work to reconcile men to truth, to justice, and to love, help, give, comfort, make wrongs right, protect others and be the balm of Gilead to a hurting world.

That’s what Martin Luther King Sr. taught his son – and that father’s life and words changed the future of the world. What a man does in life is history, but what he puts into motion becomes legacy. Today, in his son Martin Luther King Jr., we honor the legacy of a great dad.