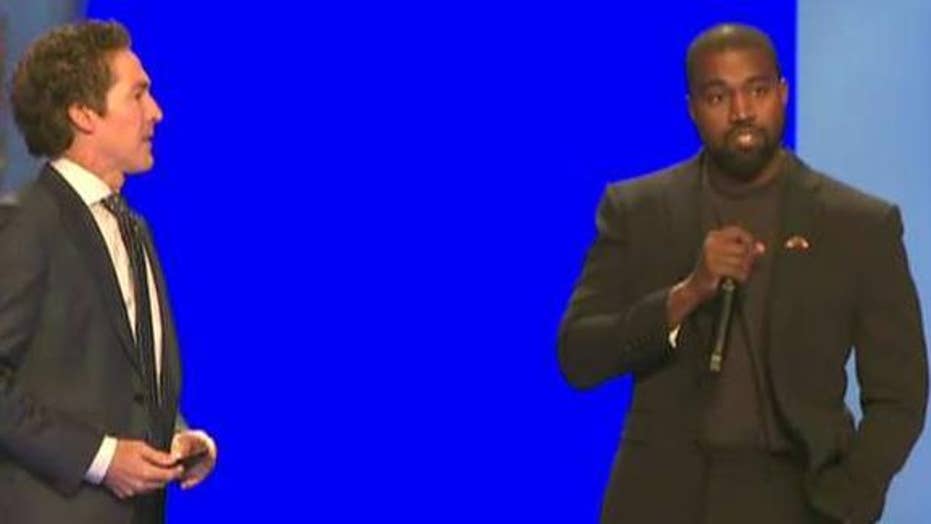 Breaking down the top religion stories of 2019

The mainstream media wants Americans to look back on this year as one of political intrigue and corruption. But no matter how headline-grabbing the governmental was in 2019, religion came to the forefront over and over – demanding attention and creating interesting conversations around our nation’s proverbial water coolers.

Here are the top five moments in faith over the past 12 months:

In November, Kanye West showcased his newfound dedication to Christianity through a gospel album called “Jesus is King.” It was the first album to debut simultaneously at the top of the all-genre Billboard 200, Top R&B/Hip-Hop Albums and Top Rap Albums, Top Christian Albums, and Top Gospel Albums. Before the album came out, Zane Lowe asked West if he desired to convert people through his art. West responded, “It’s not a desire. It’s my only mission and calling to spread the Gospel. When I make a song, it’s to spread the Gospel.”

His conversion created a firestorm of inspiration, doubt and conversation. Was this real or a publicity stunt? How much attention should we pay to new Christians still acclimating to their own beliefs?

Every major media outlet had something to say about Kanye, whether positive or negative, and he shows no sign of keeping his faith quiet. When Jimmy Kimmel asked him if he was now a “Christian artist,” he responded, “I’m just a Christian everything.”

The Hymn Heard Round the World

In June, anti-extradition Hong Kong protesters began singing a Christian hymn called, "Sing Hallelujah to the Lord" at marches, in front of the city's Legislative Council, and at police stand-offs.

Not all of the protesters are Christian – only 10 percent of the population professes faith – but Christian churches rallied with the protesters once they heard the alarming reports of police brutality. The churches joined their ranks in order to protect the protesters, as “religious assemblies” are exempt from rules governing organized protests. The simple-to-learn hymn with its easy melody not only demonstrated to the world that the protests were peaceful, but the song’s message also moved people worldwide.

The Fall of Chick-Fil-A

Truett Cathy created a fast food restaurant that’s closed on Sundays to give employees a chance to attend worship services. In the employee handbook, the company's purpose statement is simply, "To glorify God by being a faithful steward of all that is entrusted to us."

The company earned the ire of gay rights groups for being associated with religiously affiliated charities. Then, when president Dan Cathy expressed support for traditional marriage, gay rights activists attempted to completely “cancel” Chick-Fil-A through boycotts, protests and city-wide bans. Nevertheless, the company held to its core beliefs and thrived amid the conflict.

Then, on Nov. 18, their charitable arm made a surprise announcement: the company would stop donating to the Salvation Army and the Fellowship of Christian Athletes and would start donating to groups that have hosted Drag Queen Story Hour and celebrate LGBTQ pride. Also, they wrote a check to the Southern Poverty Law Center, which labels mainstream Christian organizations as "hate groups."

Kanye West created Sunday services, which have attracted many A-list celebrities like Brad Pitt, Chance the Rapper, Tyler the Creator, Kid Cudi, Katy Perry, Orlando Bloom and DMX. On Easter, West made a worship space adjacent to the Coachella music festival, where he sang with a massive choir.

Other churches are also thriving in L.A., across many denominations.

Churches like Zoe (which is Hillsong-related), Radius and Mosaic have attracted famous attendees like Chris Pratt and Katherine Schwarzenegger, even amid gay rights activists’ complaints that these churches espouse Biblical sexual values.

The Rise of Anti-Semitism around the World

Anti-Semitism has grown as a movement both at home and abroad.

Over the course of just a few months of 2019, the New York Times reported that swastikas defaced a French Jewish cemetery, British Labour lawmakers quit their party because of endemic anti-Semitism, Hungary’s far-right government conducted an anti-Semitic political campaign, and a Belgian carnival float used caricatures of Orthodox Jews sitting on piles of money.

In fact, the New York Times got caught up in its own bigotry in April when they published a cartoon depicting Prime Minister Benjamin Netanyahu of Israel as a dog on a leash with a Star of David collar leading a blind President Trump wearing a skullcap.  (They apologized.)

Bigotry has grown from the extreme fringes of both the far right and the far left until now it has been harnessed by politicians from America’s two main parties and in our major media publications. This has made Anti-Semitism more commonly accepted and dangerous both domestically and as a global movement.

Though 2020 promises to be one for the political records books, the pace of events with religious significance doesn’t seem to be slowing.  West is already slated for a May Sunday Service at Yankee Stadium with Joel Osteen. With a potential of 50,000 attendees, this event will definitely be a highlight of an undoubtedly politically acrimonious year.

Whatever your religion, expect more dramatic faith news in 2020. And let’s hope that faith provides some much-needed respite from that which divides us.

Mark Meckler is an attorney and co-founder of Tea Party Patriots. He is president of Citizens for Self Governance.
ADVERTISEMENT