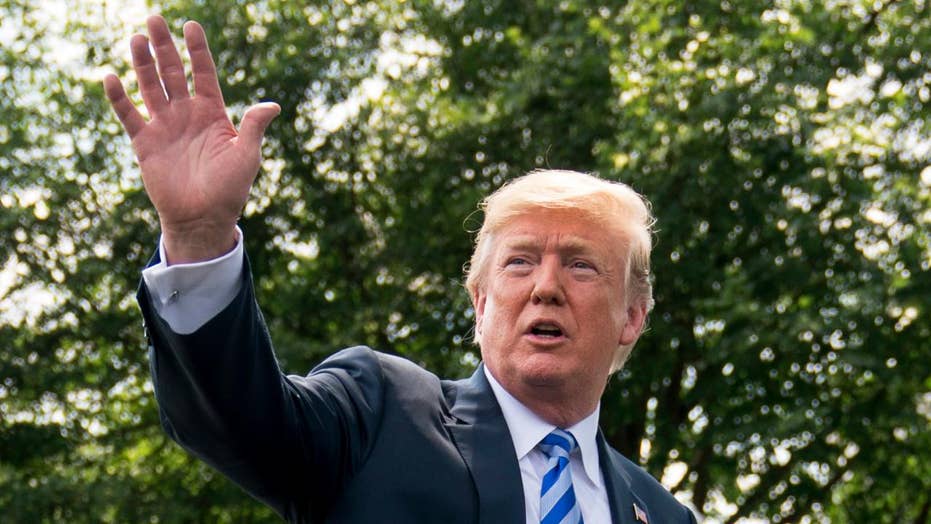 Report: President Trump says he has power to pardon himself

In the zeal to prosecute President Donald Trump, the special counsel may not encroach upon the Constitution. Recently, a confidential letter Trump’s legal team sent to Special Counsel Robert Mueller in January was leaked.  The letter was a response to Mueller’s request to question the president about his possible obstruction of justice.  No dice, explained Trump’s team, but did agree to provide written answers to any questions Mueller’s team provided.

Of course, this made liberals apoplectic, but Trump’s lawyers made the argument that the President of the United States has broad authority under the Constitution to supervise investigations (or terminate any investigation).  After all, he is the head of the Department of Justice.  Specifically, they say, “It remains our position that the President’s actions here, by virtue of his position as the chief law enforcement officer, could neither constitutionally nor legally constitute obstruction because that would amount to him obstructing himself, and that he could, if he wished, terminate the inquiry, or even exercise his power to pardon if he so desired.”

And guess what?  In spite of all the overreaction on the left, his attorneys are absolutely right.

In other words, he has the constitutional authority to end these investigations.  Period.  Full stop.

The left keeps looking for a magic bullet to end the Trump presidency but no such bullet exists. Elections have consequences, including Congressional elections.

And before you guys get hysterical over this, take a deep breath.  This is the framework created by our Founding Fathers.  The primary remedy for the abuse of power by a chief executive is impeachment, not indictment.  That doesn’t mean Trump is above the law.  If he was impeached, he would no longer be president and would therefore be subject to prosecution just like any citizen. But there’s a tremendous practical problem with investigating the boss of the investigative agency.  That problem is solved through effective Congressional oversight, over which the president has no practical control.  To make the Department of Justice independent of the president would require a Constitutional amendment, not a special counsel.

Make no mistake.  I don’t think the president should be impeached.  But, lest anyone think impeachment is an insufficient remedy, let me remind you:  impeachment represents the ability of one branch of government to remove from office the head of another branch.

It’s the supreme check.  So state your case or stop wasting our time.

If the special council believes the president has abused his power, sufficient to the removal of office, he should state his case and let the Congress decide…  this is what the Founders intended.

The left keeps looking for a magic bullet to end the Trump presidency but no such bullet exists.   Elections have consequences, including Congressional elections.  For Democrats, the lawful path to removing President Trump is the same path of removing virtually every other president in American history.

And that’s the ballot box.

Mark Meckler is an attorney and co-founder of Tea Party Patriots. He is president of Citizens for Self Governance.