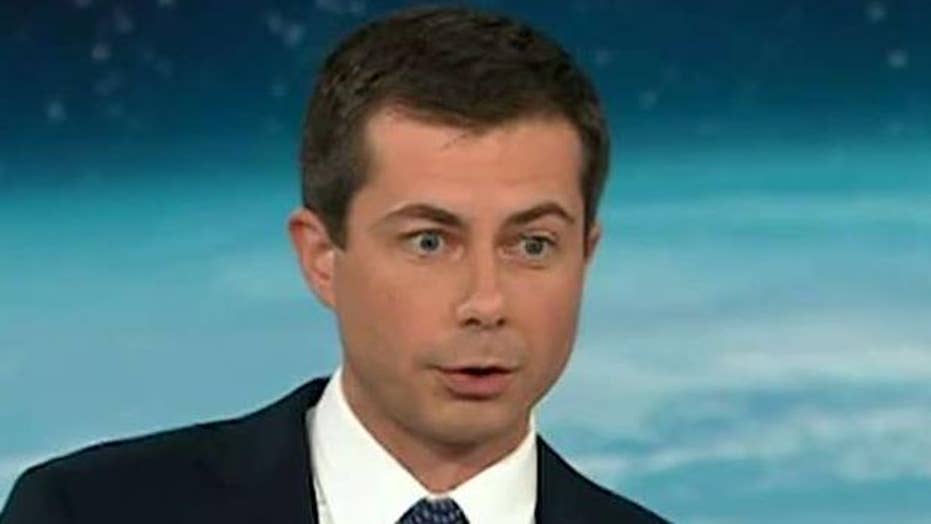 Hurricane Dorian has claimed another victim: victory for Democrats in 2020.

Ask yourself, is Elizabeth Warren smart to promise she’ll ban fracking, when Democrats are desperate to win Pennsylvania in 2020, and the Marcellus fracking play has produced hundreds of thousands of jobs and tens of billions in income for the state?

Does Beto O’Rourke have a future in Texas after vowing to eliminate all fossil fuels, when oil and gas taxes sustain the state’s enviable growth and even a cushy “rainy day” fund?

While there are numerous tripwires threatening Democrats eager to retake the Oval Office in 2020 – no-limit abortions, open borders, wealth confiscation – these are nothing compared to the sheer nonsense trotted out during last week’s seven-hour climate open house.

Bernie Sanders wants poor women in other countries to abort their babies, Andrew Yang wants to take away our gas-powered vehicles, Kamala Harris wants to change our diet (even though California is the fourth-largest cattle-producing state).

The marathon climate forum makes it clear: Dorian blew what remained of Democrat common sense right off the map.

Really, it’s kooky stuff, all meant to bring home just how BIG a problem this is. A problem that O’Rourke, among others, describes as an existential threat to mankind. It doesn’t get bigger than that.

Beto, who can often be counted on for comic relief, related telling his son that the family would move to Washington, D.C., in the unlikely event of his election (he may not have framed it exactly that way) – because that’s where the White House is and because, after all, El Paso was going to quickly become uninhabitable thanks to global warming. (Note the earth has warmed, according to NASA, approximately 0.15 to 0.20 degrees per decade since 1975; Beto’s son’s grandkids will be just fine living in El Paso.)

Both Beto and Pete Buttagieg likened our battle against climate change to fighting World War II, in which more than 400,000 Americans lost their lives, which pretty much sums up the ignorance revealed on the CNN platform.

Some of the candidates seemed alert to the silliness of it all. Harris, asked if we should get rid of plastic straws, responded with less then full-throated enthusiasm, and then got profoundly giggly as she described the difficulties of drinking from paper alternatives. She swiftly shut it down, realizing that not a single person in the room considered plastic straws a laughing matter.

Harris’ impulse is correct; straws are a footnote, estimated to compose about 4 percent of the volume of plastic waste going into our oceans. Because they weigh so little, their contribution to this type of trash is, by my calculation, 0.02 percent of the 9 million tons of refuse deposited each year.

If you really want to clean up the oceans, which is an excellent goal, how about getting rid of plastic bottles? That would make a real difference, but would mean a far bigger battle, since it involves a far bigger industry. And, it might offend those thirsty millennials whose major contribution to fighting climate change so far has been the introduction of the ever-present water bottle.

A more productive approach would be to encourage and fund research on how to reuse or dissolve plastics. That might mean working with Dow Chemical, a major plastics producer, which has initiated a $1 billion multi-firm effort aimed at developing new technologies and recycling efforts in order to reduce plastic waste going into the oceans.

But, that would mean having an open mind and a practical purpose. When Sanders and Warren screech about “greedy” corporations, it makes it a little harder to engage those interests as partners. In any event, Democrats don’t want partners, they want enemies, knowing that anger is one of the biggest boosters to voter turnout.

The ferocity of Hurricane Dorian fed the recent hysteria, of course, with zealots warning that big-weather events are more frequent today than in the past, thanks to global warming. It isn’t true.

The incidence of hurricanes has not increased in modern times; we are just keeping better track. An analysis by scientists working with the Geophysical Fluid Dynamics Laboratory, a contributor to the Fifth Assessment Report (AR5) of the United Nations Intergovernmental Panel on Climate Change (IPCC) reveals that “based on careful examination of the Atlantic tropical storm database (HURDAT) and on estimates of how many storms were likely missed in the past, it is likely that the increase in Atlantic tropical storm and hurricane frequency in HURDAT since the late-1800s is primarily due to improved monitoring.”

Though the last few years have seen a number of powerful storms, the average number of landfalls in the U.S. each year between 2006 through 2015 was a record low for any decade going back to 1850. Of the years suffering the most major hurricanes, only one has occurred in the past two decades since 2000; the worst ever was 1950.

But, facts don’t matter. Anyone who questions Sanders’s claim that, “Hurricane Dorian has everything to do with climate change, which is the existential threat of our time” is written off as a “denier.” Anyone who wants to continue eating cheeseburgers is a Neanderthal and if you think that natural gas has been essential to our country’s reduced emissions in recent years, you’re an idiot.

Democrats want to “own” climate change; they are convinced that their hyperventilation will win over millennial voters, an increasingly large share of the electorate. Republicans, and even many Democrats, are skeptical of spending tens of trillions of dollars to reshape our economy, knowing it will drastically raise energy costs, eliminate a huge geopolitical advantage, and throw millions out of work.

Common-sense Americans won’t buy it, either. As Democrats tumble down the climate change rabbit hole, they may find the price of “owning” climate change is extremely high indeed.