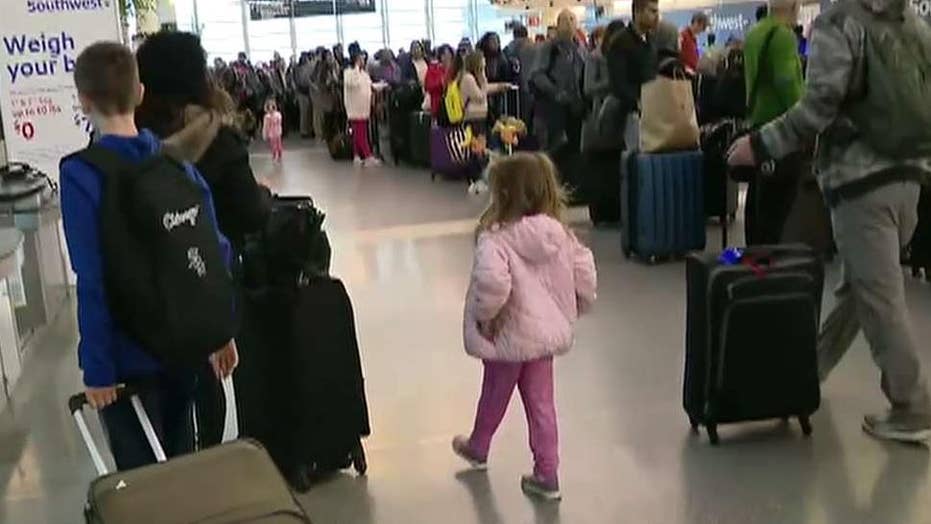 As we travel home from the holidays and our children go back to school, it is once again time, unfortunately, to look at the facts of vaccination.

Recently, the measles virus has been detected in at least five different U.S. airports with exposure traced back to specific individuals. That may not seem that scary to you, but it should be.

Not so long ago, the few unvaccinated individuals — and the 5 percent of the vaccinated — were protected by what is known as the "herd immunity." In other words, if you aren't vaccinated, but every person around you is, then you won't get measles. But if just one person has it, everyone is at risk.

Remember, there is no treatment for measles. It has to run its course, and before the vaccination, it claimed the lives of millions of people per year (mostly children under the age of 5).

Sadly then, whether you received the vaccination or not, in 2019 you should be afraid of getting measles at the airport, or anywhere else for that matter. The United States is losing that 'herd immunity." In the past decade, there has been a 2,000 percent increase in cases of measles in this country – a stark contrast to the fact that we had officially eradicated the virus in 2000. The disease is back with a vengeance, all because of the anti-vaxxer movement.

I understand the movement. People believe they are doing the right thing, be it for religious reasons or fears about medical risks. I get it. But it's dangerous. Please, for the safety and health of all our children, reconsider.

Leaving religion aside, let's look at the medical risk arguments one by one.

First and foremost is the claim that vaccinations cause autism.

This is flatly false.

This lie was perpetuated by a once-respected scientist turned money-grubbing charlatan who has been responsible for the unfathomable suffering of countless families across the United States.

Not vaccinating your child for medical reasons was almost unheard of by the late 1990s. But in 1998, with a single research paper, Andrew Wakefield created the modern anti-vaxxer movement. He convinced parents that the MMR (measles, mumps, and rubella) vaccine caused autism in their children. He did this through made-up science. He not only made up the numbers, but he also subjected 12 very vulnerable children to invasive and medically unnecessary tests.

In 2000, measles had been eliminated in the United States. But there has been a steady climb since, with over 1,276 confirmed cases this year.

The medical journal that published his findings in 1998, The Lancet, retracted the article. The United Kingdon's General Medical Council found Wakefield guilty of dishonesty and flouting ethics protocols.

But the damage had been done. In 2000, measles had been eliminated in the United States. But there has been a steady climb since, with over 1,276 confirmed cases this year.

This was Wakefield’s dream. He planned to make millions annually from the marketing of autism diagnosis kits and a new “safer” MMR vaccine. His lie, born out of greed, caused the suffering and, yes, the deaths, of many children.

To be clear: Scientists and medical professionals are now in total agreement that there is absolutely, positively zero evidence that the MMR vaccine causes autism.

Let’s take a look at a second fear, that vaccines cause Sudden Infant Death Syndrome (SIDS).

The concern is children tend to dies of SIDS at the same time vaccines are given. But that’s because SIDS is defined as happening anytime before the child turns 1. And this has been true since way before vaccines were introduced. It’s the same as saying “eating bread causes car crashes since most drivers who crash their cars could probably be shown to have eaten bread within the past 24 hours.” This is simply a correlation. Children are young when they get vaccines, and they also happen to be young when SIDS occurs.

When you choose to not vaccinate your child, you aren’t just making that decision for yourself, you are making that choice for  — and endangering —  children who are too young to be vaccinated, who are on chemotherapy for cancer, and those who don’t have strong immune systems.

This is really a simple decision. Don’t let the greed, inhumanity and flat out lies of one individual put your children, and all of our children, at great risk.

Liberty Vittert is a professor of the Practice of Data Science at the Olin Business School at Washington University in St. Louis and an ambassador for the Royal Statistical Society. Follow her on Twitter @libertyvittert.
ADVERTISEMENT