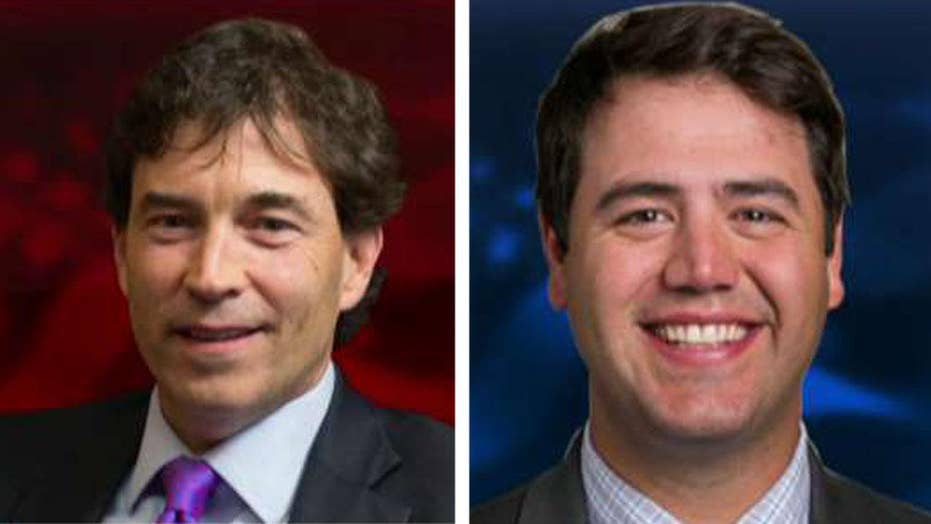 The strong performance in Tuesday’s special election in Ohio’s 12th Congressional District by Republican state Sen. Troy Balderson against Democrat Danny O’Connor shows President Trump made the difference. Voters in the central Ohio district sent a message: the Trump agenda is leading America in the right direction and they don’t want to turn back.

President Trump, Balderson and the Republican National Committee all claimed victory for Balderson. However, news organizations are saying the race is too close to call because of provisional and absentee ballots that won’t be looked at until Aug. 18.

Anti-Trump media set the stage for a big Democratic upset in the Ohio race. But the Trump economy is booming and the president’s dedication to keeping the House in Republican control worked to Balderson’s advantage.

Balderson was ahead of O’Connor by a razor-thin margin of 1,745 votes before the examination of all absentee and provisional ballots. This shows that talk of a blue wave sweeping Democrats to victories over GOP candidates is clearly premature.

Democrats are finding out that strong economic numbers like 4.1 percent annualized economic growth, 3.9 percent unemployment, and 3.4 million jobs created on President Trump’s watch will make success in November harder than expected for the left.

So with 89 days until the midterm elections Nov. 6, it’s a fitting time to do a reset about where things stand. First and foremost, let’s make one thing perfectly clear. President Trump’s name may not be on the ballot come Election Day, but his agenda is on it.

The Trump coalition must recognize this and use it to motivate our forces on Election Day. Every Democrat’s name on the ballot this fall is the name of a supporter of the harmful agenda of House Democratic Leader Nancy Pelosi of California and Senate Democratic Leader Chuck Schumer of New York.

The Pelosi-Schumer agenda calls for tax hikes, open borders, sanctuary cities, impeachment and more of the failed Washington status quo. And every Republican’s name on the ballot stands for the Trump agenda of tax relief, job creation, border security and reforming Washington. That’s the stark reality of where we are as a country.

It’s become cliché to say so, but this is – once again – the most important election of our lifetimes. The battle lines have been drawn and make no mistake, America is at the crossroads.

The Democratic base is an angry mob of Trump haters who not only want to defeat this outstanding president and his agenda at the ballot box, but want to remove him from office by any means necessary.

Reasonable Americans must decide if they want to change course to go down a road that is littered with chaos, socialism and multimillion-dollar taxpayer-funded political investigations – or if they want to continue on our current path of economic prosperity, national security and standing up for law and order. You can’t have it both ways.

A Democratic-controlled House of Representatives will grind the Trump economic agenda to a halt. Pelosi and company will spend all their time and energy on their Russia conspiracy hoax in cahoots with their allies in the biased mainstream media. Because of this, our economy will undoubtedly suffer.

When the legislative, executive, and judicial branches are all mired in phony investigations, the American people lose. These are the facts and that is what the Democrats want.

Americans can rest assured that they have a clear choice on Election Day about what kind of America they want to live in and raise their children in. The question for Republicans is how do they match this crazed anti-Trump Democratic intensity at the ballot box?

The answer rests with President Trump. He must continue to take his accomplishments directly to the American people and educate them on the choice they face on Election Day. We must let Trump be Trump.

President Trump will campaign all across the country with the same ferocity that he made famous in 2016. He must inspire his coalition of Republicans, independents, and Reagan-Trump Democrats to vote like its 2020.