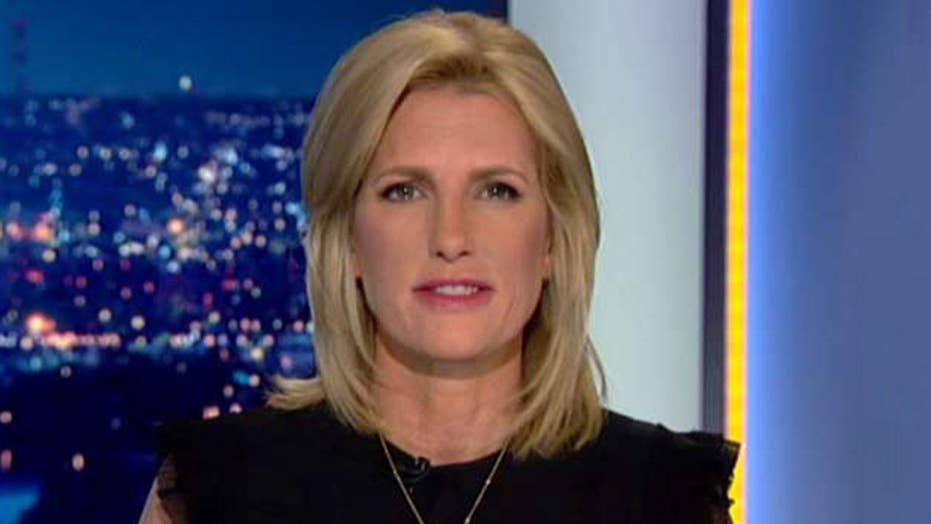 Ingraham: The politics of 'me'

Modern day liberalism is all about 'me'; director Spike Lee uses Oscars win to go on political rant.

What does Spike Lee, AOC, Jussie Smollett and ill-mannered teens tell us about modern day liberalism? Answer: A heck of a lot.

Now let's start with Spike Lee. The iconic director is worth millions. I mean, he's made millions, he's done really well. Over 30 years, though, he's been nominated no fewer than five times for an Academy award. Until Sunday night, he had never won an Oscar. He took home the award for adapting the screenplay for his movie "BlacKkKlansman. "

But rather than showing humility and gratitude, he spiked the moment with a tiresome political diatribe that he fumbled.

"The 2020 Presidential election is around the corner. Let's all - let's all be on the right side of history," he said. "Make the moral choice between love versus hate. Let's do the right thing. You know, I had to get that in there."

Number one: Lame that after all these years, he couldn't memorize his lines. Number two: Lame that he couldn't accept the honor without gratuitous cursing, which you couldn't even hear because the Oscars had to bleep him. Number three: Disagreeing with your political vision, Spike, doesn't make you immoral or a bad person.

Well, like I've said before, liberals are angry sometimes even when they should be happy. And most are off-the-charts intolerant and judgmental of people who don't think like they do. And Lee, just like in his latest film, suffers from kind of a deficit of both subtlety and grace.

Perhaps not surprisingly, President Trump couldn't resist lobbing a post-Oscars response, tweeting, "Be nice if Spike Lee could read his notes, or better yet not have to use notes at all, when doing his racist hit on your President, who has done more for African-Americans (Criminal Justice Reform, Lowest Unemployment numbers in History, Tax Cuts, etc.) than almost any other Pres!"

Well, beyond the politics what should not have been a part of Hollywood's big night anyway, Spike Lee's performance lacks some grace. I think, to regular people, he just came across as kind of bratty, rude, self-absorbed, egotist, masquerading, though, as a brilliant social justice warrior. The old Spike Lee -- got to go back like 30-35 years -- was at least kind of cutting edge.

Like most of today's social justice warriors, AOC truly believes she is always morally right. And that notion entitles her to be one of the leaders of not the #MeToo movement, but the "Me-me-me" movement. She's been on the job for exactly two months and you would swear her Green New Deal is a second Declaration of Independence.

This craziness goes way beyond Spike Lee. It's the same arrogant, self-important thinking that propelled "Empire" star Jussie Smollett into believing he could stage an anti-MAGA hoax and then conclude that he emerges a hero. Making a scene and casting yourself as a wounded martyr is what these elites do best. You see, when you're on the right side of history, it's your duty to start a national conversation and inject yourself in the middle of it. Facts? They're irrelevant, kind of passe. The famed political philosopher Alexandria Ocasio-Cortez once observed, "There's a lot of people more concerned about being precisely, factually and semantically correct in about being morally right."

Well, like most of today's social justice warriors, AOC truly believes she is always morally right. And that notion entitles her to be one of the leaders of not the #MeToo movement, but the "Me-me-me" movement. She's been on the job for exactly two months and you would swear her Green New Deal is a second Declaration of Independence.

"I just introduced Green New Deal two weeks ago and it's creating all of this conversation," AOC said recently. "Why? Because no one else has even tried. So people are, like, oh, it's unrealistic. Oh, it's vague. Oh, it doesn't address this little minute thing. and I'm, like, you try. You do it. Because you're not. Because you're not. So until you do it, I'm the boss. How about that?"

But what she lacks in experience, she's excited. It's kind of good she's in there, in the mix. She lacks kind of its perspective, too. She makes up for all of it in ego and confidence, got to give her that.

Well, Ocasio-Cortez's allergy to protocol, combined with her "I want it now" mentality is a by-product of the "everyone gets a trophy" era in which she was raised. Where coddled kids grow up to be entitled adults.

Who needs manners and decorum when you've just been rewarded for speaking your truth? You always have to hit your chest when you say you're speaking your truth, whenever and wherever you want. When adults indulge youngsters, we get shallow thinkers. And by the way, this entire notion of speaking your truth is goofy because it presupposes that there really is no objective truth.

Your truth isn't necessarily the truth, and it's probably just your opinion. And you're entitled to have it. But until you've lived, fallen and failed, it's probably fairly uninformed, even if it's entertaining and highly energetic. You're entitled to speak all you'd like, of course --it's the First Amendment. Everybody is entitled to an opinion, but no one is obligated to listen to you.

And whether you're an overrated director or minor TV actor or Vogue's congressional "It" girl, none of it matters. And that goes, by the way, for rude middle school and high school students who are coached to get in the face of adults on Capitol Hill and just like talk to them like they are the contemporaries or Instagram buddies.

What am I talking about? Well on Friday, Sen. Dianne Feinstein was confronted by a group of AOC mini-mes lobbying for the Green New Deal match in her office. This may have been Feinstein's finest hour. She was forced to deal with immature, militant activists that her party is churning out by the thousands --  activists who usually confront and then try to embarrass Republicans. 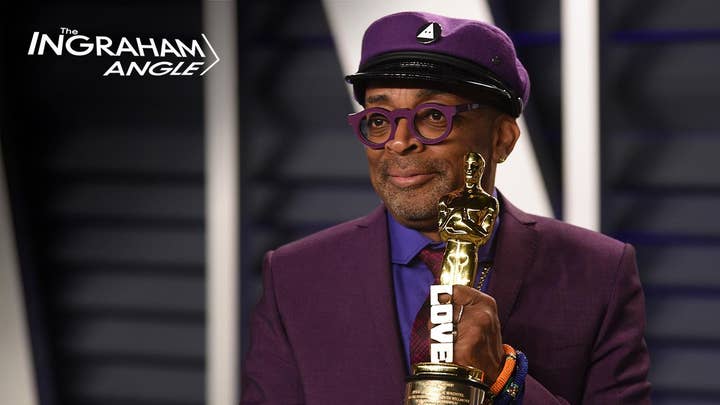 Again, the blame isn't with the kids; they're students. It's with their parents and teachers. Let's face it, if there were no cell phones recording every word, how many would have even been there? So many people today, they crave attention. They want to have their moment. I understand.

And Spike Lee and AOC and these activist tots should take note: Making a scene and posting it on social media may feel good but it's no substitute for accomplishment or hard work. Whether you're a liberal or conservative or something in between, just try listening to the opposing view, then sharpening your arguments.

No matter how much you virtue-signal, harassing people isn't a talent. It's just lazy. And in the end, lazy is just boring. and it rarely wins.

Adapted from Laura Ingraham's monologue from "The Ingraham Angle" on February 25, 2019.