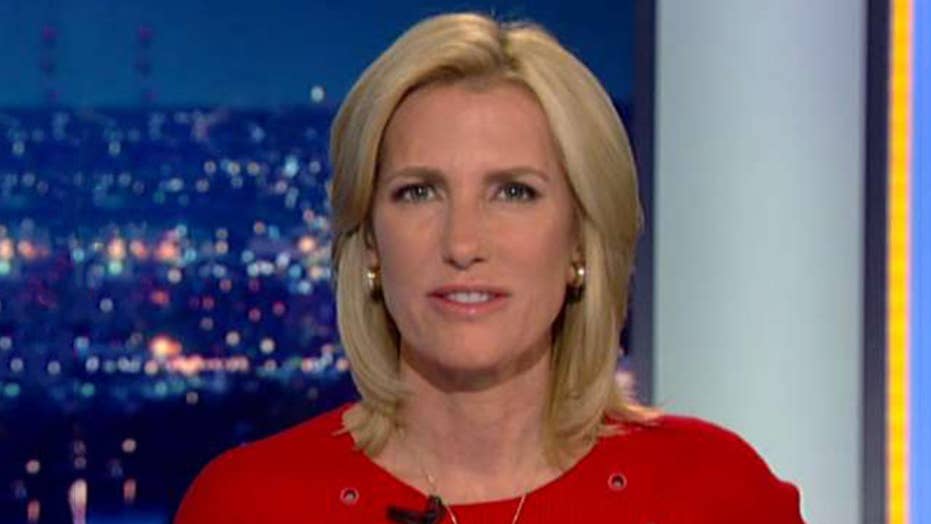 Ingraham: The left in denial

Die-hard Democrats and assorted never-Trumpers have developed a severe personality disorder. They don't reason, they rant.

For more than two years now, most have lost any sense of individuality and they've all defined themselves almost completely in their opposition to President Trump. They live for any headline, regardless of how ill-founded, that spells trouble for the president. And if such news would be bad for America, they don't care, as long as it's really bad for Trump or a member of his family or his inner circle.

They identify as anti-Trump or never-Trump on social media and are so invested in their conspiracy, whack job theories and negative narratives about him that paralysis has set in. They cannot move toward deeper thought or introspection, or heaven forbid, contrition when it turns out, as with the Mueller case, they got it all wrong.

No evidence of collusion? No problem. They just revert to their old "Trump is evil" narrative. They maybe tweak it a bit, and then they proceed to the next attack. With political "sages" like Bill Maher and his ilk, villains and heroes are predetermined by them. And new information in no way will disrupt that narrative.

Now this dynamic is also at play in the case of actor and race hoax choreographer, Jussie Smollett. On Tuesday, we learned that all of the charges against Smollett have been dropped, following a deal with prosecutors at the Cook County attorney's office. Even after all we've learned about this case -- the two Nigerians purchasing the hats and the rope used in the alleged assault -- the police saying Smollett sent threatening letters to himself.

The actor had the gall to maintain his innocence and invoke his mom for sympathy.

"I've been truthful and consistent on every single level since day one," Smollett said. "I would not be my mother's son if I was capable of one drop of what I have been accused of. This has been an incredibly difficult time."

He's a "Baghdad Bob" of race hoaxes. Nonetheless, with that, presto! Smollett's brand rehab was underway, as he said, "Make no mistake. I will always continue to fight for the justice, equality and betterment of marginalized people everywhere."

Well, that's true if "marginalized people" include other purveyors of fakery and hate crimes fraud. He's a superhero in that regard, for sure. And of course, the media, themselves in denial, were there, as always, to provide a much-needed assist, arguing how police overstepped their bounds or how we may ever really know what happened in the case.

Think of how often liberals have derided conservatives as a no-nothings -- anti-science and anti-facts. Yet to left-wing fanatics, if you're vehemently anti-Trump, which Smollett is, facts don't matter at all.

Forget the fact that Smollett made an outrageous charge to advance his career and his profile. Forget that the hoax attack could have incited racial or political violence in the city. And forget that he sent the Chicago police on a wild goose chase. The left is always quick to forgive their own. The studio that puts on Smollett's show, 'Empire' released this statement: "Jussie Smollett has always maintained his innocence and we're gratified on his behalf that all charges against him have been dismissed."

Translation: We're gratified that this celebrity got off with community service for his crimes and that there will be no more repercussions for our liberal friend. \

Still, thank goodness, there were a few who called out the state's attorney handling of the celebrity crime for what it was -- a complete injustice. Like Chicago Police Superintendent Eddie Johnson, who told reporters, "Do I think justice was served? No. I think this city is still owed an apology. But it shows that they the hide behind secrecy and broker a deal to circumvent the judicial system. I stand behind the detective's investigation. And at the end of the day, it's Mr. Smollett who committed this hoax."

We need accountability and transparency across the board. A good start would be the public release of both the Smollett grand jury report and the full Mueller report. Then we'll see who the real victims are.

Even Clinton loyalist, Mayor Rahm Emanuel, who's not running for re-election had had enough. "Mr. Smollett is still saying that he is innocent, still running down the Chicago police department. How dare he? Even after this whitewash still no sense of ownership of what he's doing."

"Is there no decency in this man?" Emanuel continued. "It sends a clear message, that if you're in a position of influence and power, you get treated one way. Other people will be treated another way. There is no accountability then in the system."

A deep sense of outrage and disgust, even from liberal Rahm Emanuel. This is what we -- what every fair-minded American -- should feel about the Trump Russia collusion hoax. This is really the tale of two hoaxes -- one perpetrated by Smollett on the city of Chicago, the other perpetrated by anti-Trump political partisans and the media on the entire country. 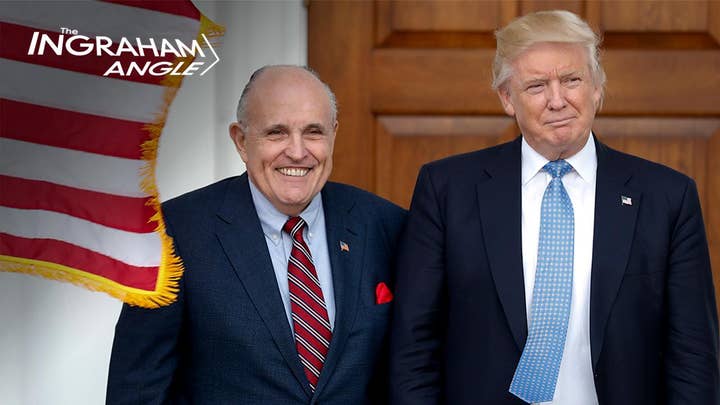 The Smollett hoax ruled a city, but the Trump hoax had both national and international implications. It could have affected policy; iT may have likely tilted the 2018 midterms and has already destroyed several lives.

There must be consequences for bad actors in and out of government. Innocent people who have been unfairly targeted deserve justice. So do the American people, whose money is wasted.

We need accountability and transparency across the board. A good start would be the public release of both the Smollett grand jury report and the full Mueller report. Then we'll see who the real victims are. But even when we do, do not expect the rabid left to leave their denial comfort zone.

Adapted from Laura Ingraham's monologue from "The Ingraham Angle" on March 26, 2019.