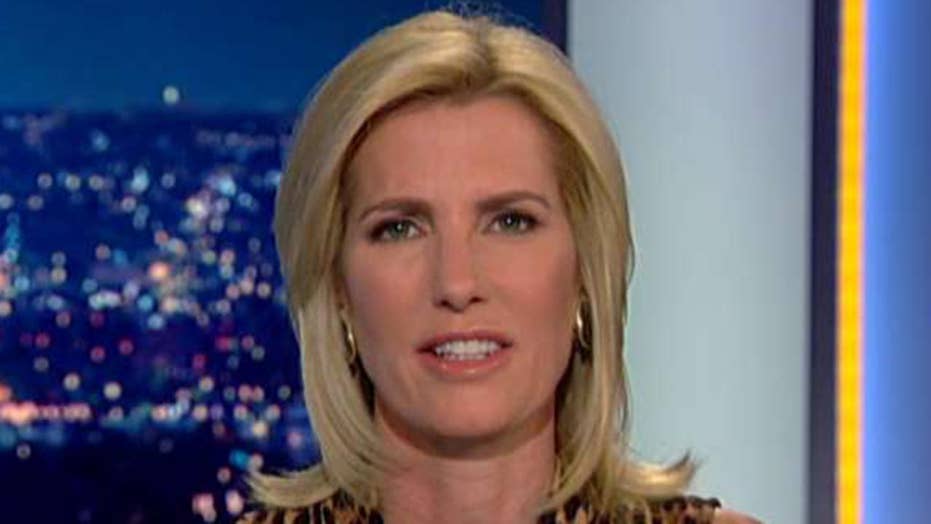 The Democrats on Wednesday engaged in a bit of theater in a desperate effort to keep the Russian collusion drama going. Jerry Nadler's Judiciary Committee voted along party lines to subpoena the entire unredacted Mueller report and all supporting evidence from the Department of Justice.

Now understand this: With this move, Nadler and the committee, with its party line vote -- is actually committing a fraud. It's a fraud on the Justice Department, and just the discussion of it is a fraud on the American people. Any judge considering this should sanction any lawyer who signs his name on this request for a subpoena, given that the law prohibits Attorney General Bill Barr from releasing underlying materials without a careful review for any grand jury information that would be prohibited by law to release.

This is all just a dumb show. Never mind that Mueller found no criminality in his two-year probe, and that there is nothing in the report to justify impeachment, which is what the Democrats obviously wanted. Nadler and his crew are just trying to distract from their own embarrassment.

For the Democratic theory to be correct, think about what has to be. Barr, an internationally-respected legal mind and former Bush attorney general, would've had to knowingly distort Mueller's fact-finding on both collusion and obstruction. And two, Mueller, Barr, and most everyone involved in this investigation would have to be, in some way, in cahoots, working to protect the president at all costs.

Now we do have reports from The New York Times that there are anonymous investigators from the Mueller team who feel that Barr's summary was incomplete. Well, the report in the Times doesn't say who is upset or what they're really upset about -- it's kind of murky. We'll wait and see if anything comes of that. But, why would Mueller stand by, without objection, if Barr had skewed in his lengthy findings? It's a 400-page report in a four-page summary.

The answer is Mueller wouldn't do that. Remember, it only took him hours to correct a false report from BuzzFeed earlier this year.

And also remember both Republicans and Democrats went to great pains to build Mueller up as a consummate pro, an upstanding citizen and legal mind. So now we're to believe that this sainted figure Mueller has become either muzzled or in some way manipulated? Fat chance.

Even now, Bill Barr is working to redact the Mueller report in accordance with the law in order to release it, as promised, probably by mid-April. So, why are the Democrats in such a rush? Well, because they are so invested in this grand tinfoil hat conspiracy that they've forgotten how to govern. They've forgotten how to judge issues such as this dispassionately.

Hatred for Trump -- it's their animating principle, and they must constantly feed their media and political beasts, beasts who have been sharpening their teeth to devour Trump since the night he won the presidency. And I think in this twisted world of resistance, it doesn't matter if the case against Trump evaporated. They'll just create another one. They're addicted to hating Trump.

So, now the media and some of the other resistance types will do anything to avoid kicking their hate-Trump habit. No mea culpa here. Democratic media and co-conspirators are seeing their ratings collapse, but they reject the idea that an intervention is in any way necessary. They're on a path of self-destruction.

Hatred for Trump -- it's their animating principle, and they must constantly feed their media and political beasts, beasts who have been sharpening their teeth to devour Trump since the night he won the presidency. And I think in this twisted world of resistance, it doesn't matter if the case against Trump evaporated. They'll just create another one.

The flames of conspiracy must be kept burning. The 'Get Trump Gang' requires new injections to reach the resistance euphoria that once felt so exhilarating. Now just on Tuesday, CNN and MSNBC found a truly sensational new morsel for their audiences -- how President Trump supposedly cheats at golf.

"Golfgate" -- it is hilarious, watching them flail. But then again it really isn't. The idea that political and media partisans should have to work this hard to create an anti-Trump narrative, even as the facts escape them, it's sort of tragic. So, what's next? Hamburglar-in-chief -- what the President's diet tells us about his presidency? Or Hair Force One -- what's under Trump's ball caps and why it should concern you. 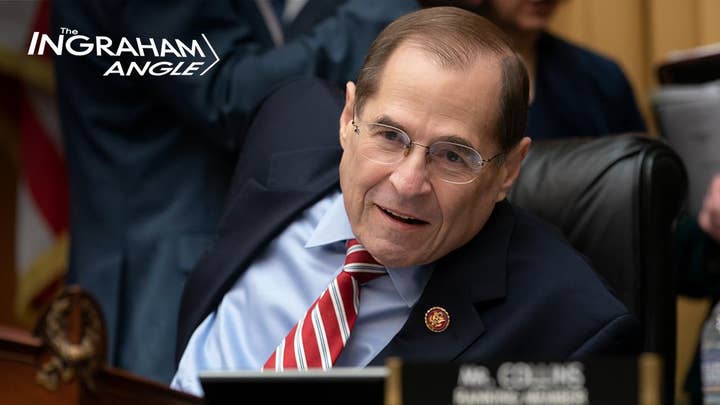 On Thursday, my friends, activists from dozens of far-left groups are promising massive protests nationwide. Got to keep it going, got to keep it going. What the purpose of the protests? Well, of course, anyone with a brain knows it's about collecting email addresses for 2020 -- that's what it's really about.

But what they claim the protests are going to be all about is that they want to pressure Bill Barr to immediately release the entire unredacted Mueller report and all the underlying witness interviews and so forth.

Now, this is truly moronic. If Barr or any attorney general bowed to some organized protest and abandoned the classified information redaction process, he or she would risk serious legal jeopardy. But who cares? Concepts like the rule of law, they mean nothing to these people whose sole purpose in life is to resist Trump by any means necessary.

So, on Thursday, along with their release the report signs, the protest organizers should really be passing out tinfoil hats. But my question is this: What happens when they run out of conspiracy theories? What then? Who knows ... but until then, it'll be more sound and fury signifying nothing.

Adapted from Laura Ingraham's monologue from "The Ingraham Angle" on April 3, 2019.