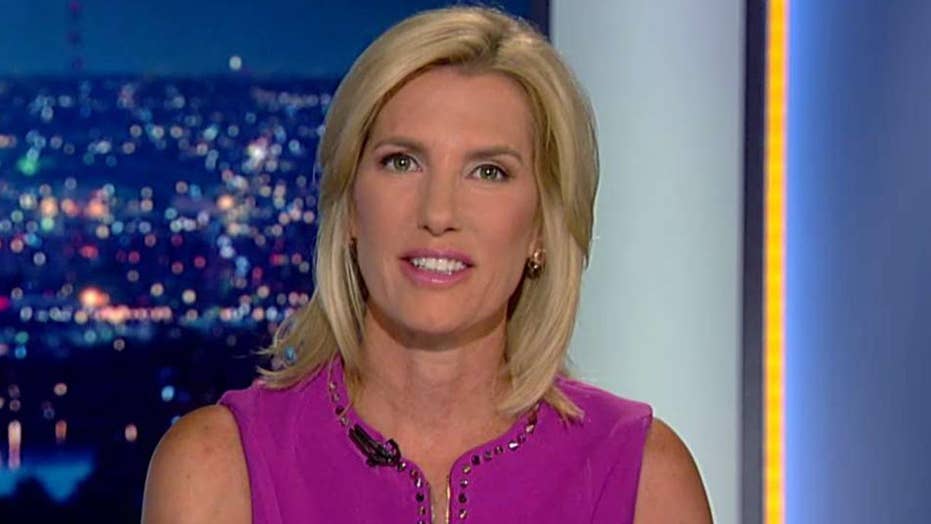 There was a laugh-out-loud moment Tuesday morning as Joe Biden made his presidential pitch on ABC's "Good Morning America."  (Actually, there were several knee-slappers, but I'm trying to restrain myself here.)

"Make America return to the essence of who we are," Biden continued. "The dignity of the country. The dignity in people and treating our people with dignity and this God-awful deliberate division is being taken in order to separate people, to aggrandize his own power."

Joe Biden is going to make us moral again? Now, is this the same Joe Biden who was driven out of the race for the presidency years ago amid charges of plagiarism? Or is this the same Catholic Joe who has evolved away from the core teaching of his faith.

Remember, Joe was once pro-life and even voted for partial birth abortion bans in 1997 and 2003. But only when that ban was upheld in 2007 by the Supreme Court, Catholic Joe evolved a bit. Several bishops have denied Biden Communion in their diocese due to his rabid abortion advocacy.

And now he's lecturing us on morality. And what does Biden even mean by his morality? In his interview with ABC, he referred to it as, "The dignity of the country, the dignity in people -- treating our people with dignity. More respect and dignity than they did before. This is about restoring dignity. The dignity of work."

"Dignity"? Let's face it. Biden's kind of a fun person if you say hi to him. I'm sure he's a nice guy. But at age 76, he is coming across as just kind of a rambling, doddering, less cool version of Obama. And we know how much dignity Obama believed those working-class Americans deserved.

Remember when Obama referred to them as embittered people who cling to their guns and religion? Now we're supposed to believe that those bitter clinger's are going to look to Rambling Joe to return their dignity? I don't know ... I'm not feeling that most Americans look to the government to deliver their morality or their dignity. I think most people just want to be left alone to live their lives in peace and maybe have a few extra bucks in their pocket.

The argument Biden's basically trying to make here is I'm nicer than mean old Trump, so vote for me. I think you could call this the "Mayor Pete effect." Biden saw Pete Buttigieg mouthing religious platitudes, while advocating some pretty radical policies, and he probably thought, "Hey I can literally do that better than he can."

But the truth is this is a candidate in a party that is in kind of a tough spot here. Politico reported this the other day, saying, "Dems sweat Trump's economy: We don't really have a robust national message right now." Oh, you think?

And if you listen carefully, the 2020 Democrats aren't making the case that their ideas are going to grow the economy faster than Trump or lead to bigger wage increases or even lower unemployment numbers than Trump's numbers. Instead they become the self-appointed, self-anointed leaders of a new liberal, moral majority.

Well, speaking of moral amnesia, the Democrats have forgotten what they've shown America lately. After spending two years defaming President Trump, calling him a traitor, Democrats were proven wrong in the Mueller report about collusion. And yet they refuse to even apologize. How is that moral?

And on the issue of illegal immigration, come on. Democrats are lying to the American people about a full-blown crisis at our southern border. Pelosi and company aren't going to work with Trump on the issue just because of politics. How is that moral?

The argument Joe Biden's basically trying to make here is I'm nicer than mean old Trump, so vote for me. I think you could call this the 'Mayor Pete effect.'

On the state and local level, things aren't pretty, either, for Joe Biden's "We're more moral than Trump" party. Where are all the morally superior Democrats calling for the resignation of Chicago prosecutor Kim Foxx, who allowed actor, hate crime hoaxer, and artist Jussie Smollett to walk free. Or how about liberal Baltimore Mayor Catherine Pugh, who is on the brink of resignation amid state and federal investigations over financial dealings. I must have missed Joe's comments on her.

And morality is just busting out all over at the Virginia statehouse, where the Democrats have both a sitting governor and attorney general with blackface problems. Oh and let's not forget Mr. Morality himself, the Democrat Lieutenant Governor Justin Fairfax, who is accused of sexual assault by two women.

In the immediate aftermath of these stories, some Democrats did urge the Virginia officials to step aside. But notice how quiet it's gotten lately. If it had been a Republican or any Republican official accused of similar offenses, Democrats would not have rested until those men were driven out of office.

But clearly the Democrats like Joe. Bitter about Trump's roaring economy, they're desperate and they're clinging to their morality narrative. But there's another problem. They've also become the party of infanticide. It was Virginia Gov. Ralph Northam, a pediatric neurologist, who, while not in blackface, explained the grisly process of third-trimester abortion that he sought to expand under his state laws. Then days later, the New York Assembly passed a bill legalizing infanticide and decriminalizing late-term abortions.

Democrats ought to get off their moral high horses or they're going to get bucked right off. For it is immoral to condemn and judge a man who, like all of us, is flawed, but who gave up a really cushy life to fight hard every day for prosperity and security for all Americans. President Trump's done more for the cause of life than any president in my lifetime -- and I worked for Ronald Reagan.

This record of Trump's is stunning, even with all the wrenches that the Democrats have tried to jam into his spokes. So pull the numerous planks out of your own eye, Joe, before you start condemning others as immoral for political gain.

Adapted from Laura Ingraham's monologue from "The Ingraham Angle" on April 30, 2019.