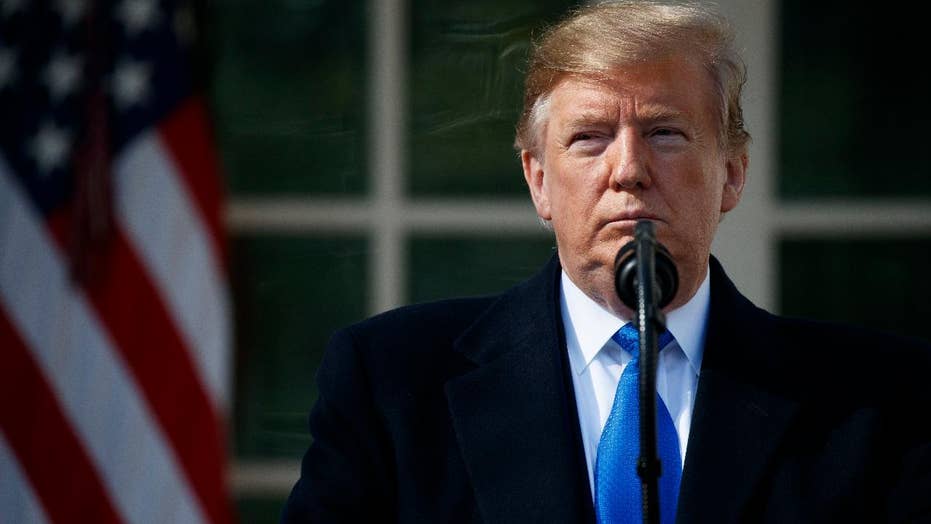 Talk radio host Ross Kaminsky says he believes that voters have become 'complacent' on the economy.

The Trump reelection campaign’s Women for Trump coalition will be participating in 14 events in 14 cities across the nation Thursday, commemorating the Aug. 18, 1920 ratification of the 19th Amendment that gave women the right to vote.

Headlining one of these events with Dr. Alveda King in Marietta, Ga., I will be reminding attendees that the Republican Party is the party that paved the way for women’s suffrage.

Today, under the leadership of President Trump, the party is again pioneering the way for women in the workplace.

On November 3, 2020, when Americans head to the polls, millions of women will cast their ballots, commemorating 100 years of women’s suffrage – only made possible by the Republican Party.

While women were finally given the right to vote in the United States with the ratification of the 19th Amendment in 1920, the Republican Party began to pave the way for women’s suffrage decades earlier.

In 1872, the Republican Party changed its platform to make “a nod to the rights of women.” In 1878, at the urging of Susan B. Anthony (a Republican), U.S. Sen. Aaron A. Sargent of California – also a Republican – introduced the text of the 19th Amendment in the Senate.

Though Democrats blocked the so-called “Equal Suffrage Amendment,” it passed after a long uphill battle when Congress changed hands to Republican control in 1919, as noted by the National Federation of Republican Women.

While women were finally given the right to vote in the United States with the ratification of the 19th Amendment in 1920, the Republican Party began to pave the way for women’s suffrage decades earlier.

When the states began to ratify the 19th Amendment, “of the nine states that voted against ratification, eight were Democratic,” the federation noted.

Today the Republican Party under the leadership of President Trump is equalizing the playing field for women in the workplace.

Overall, female unemployment is at its lowest point in 65 years, and a striking 58 percent of jobs created in 2018 went to women, as the female labor force participation rate hit its highest point in history.

Beyond the economic number, President Trump became the first president to ever include paid family leave in a federal budget – a policy that is proven to facilitate and promote mothers in the workforce.

Additionally, President Trump ensured that $2.4 billion be made available to the Child Care and Development Fund, which now provides more than $8 billion to low-income families in need of access to childcare.

President Trump has doubled the Child Tax Credit and added thousands back into the average Americans’ paycheck through tax cuts and wage growth.

The president’s senior adviser and daughter Ivanka Trump has also been a leader on this front by reskilling America’s workforce; advocating for women in science, technology, engineering and math (STEM); and promoting equal rights for women across the world through the Women’s Global Development and Prosperity Initiative.

Taken together, President Trump has continued the trend of the Republican Party leading for women in society and in the workplace.

On Thursday the Trump campaign will celebrate the historic achievements of women made possible by the Grand Old Party.

Though many in the media do their best to conceal the achievements of President Trump on behalf of women, we are confident that women nationwide have taken notice and will use the 100th anniversary of women’s suffrage to reelect President Trump on November 3, 2020.