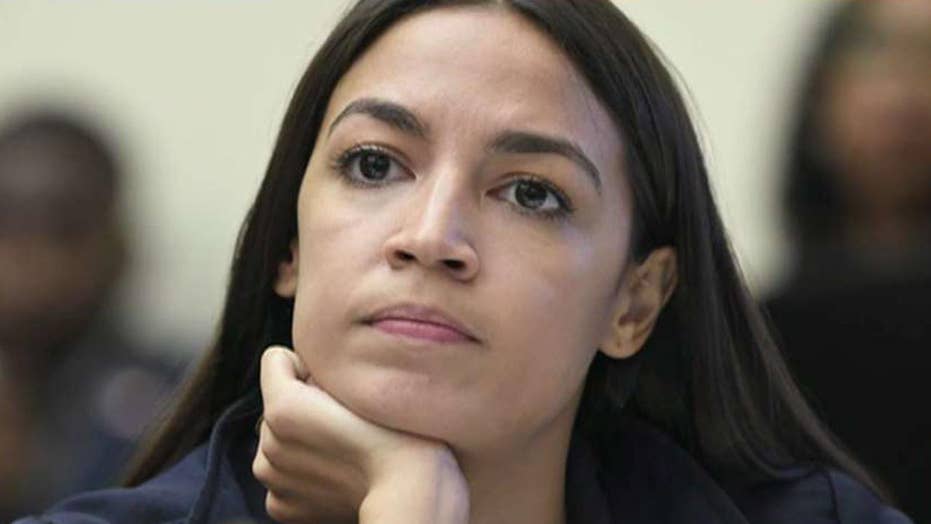 'The Daily Briefing' host Dana Perino says it is a disservice to say that the Electoral College should be abolished without recognizing that it serves a purpose.

You can always count on Rep. Alexandria Ocasio-Cortez, D-N.Y., to say things that don’t make any sense. Last week the radical democratic socialist proposed yet another in a long series of impractical, unachievable and harmful ideas: abolishing the Electoral College.

Before explaining why this is a very bad idea, let me give some breaking news to Ocasio-Cortez, who apparently was absent the day her high school social studies teacher explained how the Constitution is amended.

The breaking news? Amending the Constitution to abolish the Electoral College is virtually impossible. That’s because a constitutional amendment needs the support of two-thirds of the U.S. House and Senate for starters. It then needs to be either ratified by the legislatures in 38 states, or by a constitutional convention requested by at least 34 states.

Hey, but Ocasio-Cortez has never let reality get in the way of her fantasies – like her belief that socialism, the Green New Deal and other ideas that would destroy our economy and millions of jobs are just wonderful.

In her latest outburst, Ocasio-Cortez called the Electoral College a “scam” that perpetuates racism.

“Due to severe racial disparities in certain states, the Electoral College effectively weighs white voters over voters of color, as opposed to a ‘one person, one vote’ system where all our voters are counted equally,” Ocasio-Cortez said.

Ocasio-Cortez is one of many in the Democratic Party who have called for the Electoral College system to be replaced with a national popular vote, including radical Sens. Elizabeth Warren, D-Mass., and Sen. Bernie Sanders, I-Vt., who are both seeking the Democratic presidential nomination.

But in truth, the Electoral College isn’t a “scam.” It was carefully designed by the framers of our Constitution because they were concerned that a national popular vote to elect the president would grant far too much power to larger states and urban areas. And more than two centuries after the Constitution was first written, their arguments remain as astute and important as ever.

Hey, but Ocasio-Cortez has never let reality get in the way of her fantasies – like her belief that socialism, the Green New Deal and other ideas that would destroy our economy and millions of jobs are just wonderful.

If Ocasio-Cortez and the Democrats were successful in abolishing the Electoral College, it would make heavily populated states significantly more important during presidential elections.

During the 2016 election, for example, roughly three in 10 votes across the nation were cast in just seven Democratic-leaning states: California, Illinois, Massachusetts, New Jersey, New York, Virginia and Washington state. If a candidate could win a majority of votes in each of those seven states alone, he or she would only need minimal support in the remaining 43 states and Washington, D.C., to win an election if there was no Electoral College.

To illustrate just how absurd things could get, consider the following scenario presented by Dan McLaughlin in the National Review:  “Picture a two-candidate election with 2016’s turnout. The Republican wins 54 percent of the vote in 48 states, losing only California, New York, and D.C. That’s a landslide victory, right? But then imagine that the Republican nominee who managed this feat was so unpopular in California, New York, and D.C. that he or she loses all three by a 75 percent-to-25 percent margin. That 451-87 landslide in the Electoral College, built on eight-point wins in 48 states, would also be a popular-vote defeat, with 50.7 percent of the vote for the Democrat to 49.3 percent for the Republican.”

Of course, McLaughlin’s fictional scenario is exactly what Ocasio-Cortez and other Democrats want – an America in which presidents could effectively be chosen by two far-left states like California and New York. Now, that sounds like the real “scam” to me.

One of the primary purposes of the Electoral College is to guarantee more equal footing for smaller, rural states – and that’s exactly what it does. In our current system, candidates campaign in every state in which there is a close contest, whether those states are large or small, rural or urban, demographically diverse or homogenous.

And it’s extremely difficult to become president without building a large coalition of voters from many parts of the country, many of which have very different cultures, ideas, religious beliefs, ideological beliefs and economic interests.

The purpose of the Electoral College isn’t to help white people; it’s to elevate the power of voters in states that otherwise would be completely forgotten and disenfranchised.

Liberals, progressives, and socialists are always telling us they are the champions of the “little guy,” but if they truly were, they’d support the Electoral College.