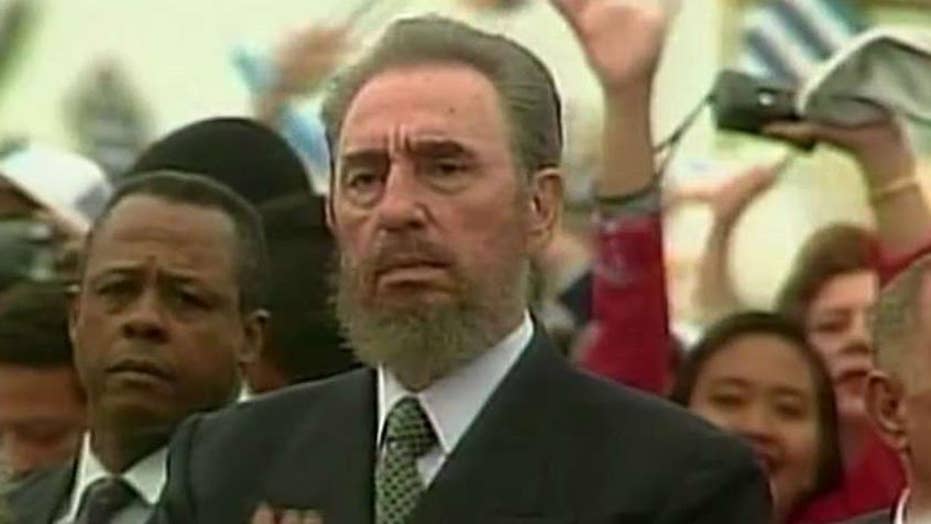 Cuban-Americans celebrate the death of Castro

With the death of the man who for so long embodied Cuba’s communist revolution, many Cubans and Americans are hoping for a change in Cuban-American relations and more freedom on the island.

Fidel may be dead but his regime endures. Brother Raul, and a kleptocratic, heavy-handed bureaucracy remain as determined as ever to hold power. The Castro regime still dominates economic and political life on the island, controlling nearly three quarters of economic activity and the results for Cubans have been disastrous.

According to Pew Research, that Cuba’s GDP grew just 1.3% in real terms, despite the easing of sanctions, and the re-establishment of some diplomatic relations with the United States, and a survey published in the Washington Post last spring showed that 79% of Cubans said they were dissatisfied with Cuba’s economic system.

Venezuela’s economic collapse is further endangering the regime’s hold on power. For fifteen years, Cuba has relied on Venezuela’s 90,000 barrels of oil per day to sustain half of its energy needs. Pavel Vidal, a former Cuban Central Bank employee, predicts that Cuba’s GDP will “dip into negative territory this year and decline 2.9% in 2017” as a result of oil shortages precipitated by Venezuela’s meltdown.

Nor is Cuba likely to become a model for freedom of thought and expression any time soon. The regime is just as likely to respond to growing economic discontent with a renewed political crackdown on dissent as with continued political and economic liberalization that has characterized the past several years. Witness the reaction to President Obama’s visit to the island last March, where the Cuban security services preemptively rounded up dozens of prominent journalists, dissidents, and intellectuals. President Obama’s main achievement during his visit was forcing Raul Castro to field questions from local journalists.

Nonetheless, despite its increasingly tenuous hold on power, Cuba will likely continue to exercise disproportionate influence in Latin America. The failed Colombian peace accord, for instance, was negotiated in Havana, and the Castro regime retains outsized diplomatic clout in the region, as the last remaining old-school communist autocracy.

Much will depend on how the incoming U.S. administration reacts to Fidel’s death.

Here too, President-elect Donald Trump has sent mixed signals. During the campaign, Trump denounced the Obama Administration’s approach to Cuba: “The agreement President Obama signed is a very weak agreement,” he said and promised to reverse the détente unless “the Castro regime meets our demands.” His running mate Mike Pence has similarly stated “Mr. Trump would repeal Mr. Obama’s executive orders unless there was real political and religious freedom.” The Republican Party has also traditionally espoused a hard line on dealing with Havana, a reflection in part of the views of one of its core Hispanic constituencies, the nearly 1.8 million Cuban Americans, many of whom live in the electorally-important state of Florida.

However, Mr. Trump's reaction to Fidel’s death was more conciliatory, expressing hope that the death of Cuba’s “brutal dictator” would mark a “move away from the horrors endured for too long and toward a future in which the wonderful Cuban people finally live in the freedom they so richly deserve.” He also said that his administration “will do all it can to ensure the Cuban people can finally begin their journey toward prosperity and liberty.”

Further complicating matters is Mr. Trump's apparent longstanding desire to do business in Cuba, even during the U.S. trade embargo. Documents published last September by Newsweek show that a Trump company paid a consulting firm $68,000 in late 1998 to investigate the possibility of a further investment on the island should Washington resume normal economic relations with Havana. According to the report, the consulting firm later tried to disguise the spending as a charitable contribution. Mr. Trump has denied having done business in Cuba. “I never did a deal in Cuba,” he said during the campaign.

Given Mr. Trump’s conflicting signals, it is hard to predict how he will respond to the government in Havana. Given his crowded one-hundred day agenda, during which Mr. Trump has promised to withdraw from the Transpacific Partnership, to pass a major infrastructure bill, and to reduce existing environmental regulations, relations with Cuba are not likely to receive high priority. As a result, the Ladies in White who continue to protest the lack of freedom on the Malecon may well be forced to wait a little longer.