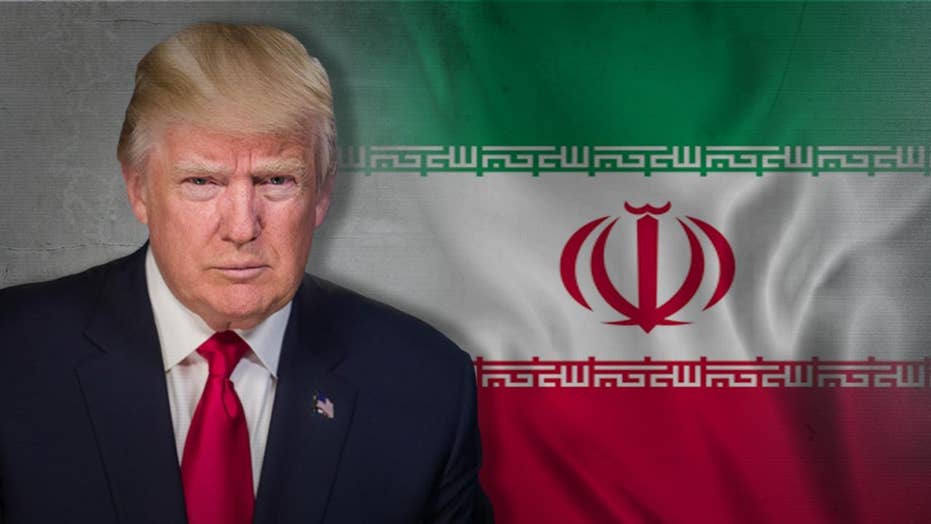 Ex-Obama official on Trump’s Iran Address: ‘He made a speech full of platitudes’

Former Deputy Assistant Secretary of State Joel Rubin explains why he thinks President Trump 'made a speech full of platitudes and gave us no clarity about the pathway off of this conflict' in the wake of Iran's missile attack on U.S. troops in Iraq.

President Trump ordered the U.S. military to invade a then-friendly country without the knowledge or consent of its government and assassinate a visiting foreign government official. The victim was the head of Iran's military and intelligence. The formerly friendly country is Iraq.

The killing of the general and his companions was carried out by the use of an unmanned drone. The general was not engaged in an act of violence at the time he was killed, nor were any of his companions. They were driving on a public highway in a van.

JAMES CARAFANO: TRUMP TELLS IRAN THE ENDGAME REMAINS THE SAME WHILE OFFERING A CHANCE TO RENEGOTIATE

Can the president legally kill a person not engaged in an act of violence because of what the person might do in the future? In a word: No.

The president has taken an oath to uphold the Constitution. The Constitution provides only two means for the federal government to kill a human being. The first is pursuant to a declaration of war, which only Congress can do. That permits the president to use the military to kill the troops of the government of the country against which war has been declared. Congress has not declared war on Iran.

The second way that the Constitution permits federal government killings is pursuant to due process. That means that the person to be killed is lawfully in custody, has been properly charged, lawfully tried and fairly convicted of a capital crime, and the conviction has been upheld on appeal.

Can the president kill foreign military personnel and claim the justification of self-defense? The laws of war permit him to do that, but self-defense -- actually, defense of the country -- only comes into play when the foreign military personnel are physically engaged in killing Americans or are certainly about to do so. That justification only applies -- the law here is 600 years old and has been consistently applied -- when force is imminent and certain.

Were imminence and certainty not the requirement, then nothing would prevent a president from slaying any monster he chose simply based on a fear that the monster might someday strike. Such a state of affairs is contrary to two presidential executive orders, one issued by President Gerald R. Ford and the other by President Reagan, and neither negated by Trump.

Such a territorial invasion and killing also violate the United Nations Charter -- a treaty that prohibits unlawful invasions and killings of member nations' territories and officials outside of a lawful and U.N.-approved declaration of war.

Trump cut down the laws to get to the Devil. Whom will he kill next?

Roaming the world looking for monsters to slay not only violates long-standing principles of American domestic and international law, but also it violates basic Judeo-Christian moral principles, which teach that the end does not justify the means and might does not make right.

This is not a fanciful or academic argument. It not only goes to the fidelity to the rule of law that we require of our leaders in order to maintain personal liberty and limited government, it also goes to our safety. We have laws to prevent wanton killings, lest killers turn on us.

In Robert Bolt's play "A Man for All Seasons," Sir Thomas More argues with his son-in-law, William Roper, about the extent of the law's protections of those universally recognized as evil. Roper says that he would cut down all the laws in England to get rid of the Devil.

More counters that even the Devil is entitled to the benefits of the law. Then he hurls this zinger: "And, when the last law was down, and the Devil turned round on you -- where would you hide, Roper, the laws all being flat? This country’s planted thick with laws from coast to coast -- man’s laws, not God’s -- and, if you cut them down -- and you’re just the man to do it -- d’you really think you could stand upright in the winds that would blow then? Yes, I’d give the Devil benefit of law, for my own safety’s sake."

More crystalized the dangers of those who -- like Trump -- take the law into their own hands for the sake of expedience or to rid the world of a monster. Without law, how does one decide what monsters should go and what monsters may stay?

When President Obama used drones to kill peaceful uncharged Americans in Yemen, candidate Donald Trump condemned that behavior. He offered that as president, he would bring the troops home, stop the nation-building, quit being the world's police force and end the endless wars.

Instead, his act of state terrorism has succeeded in doing what the general he killed could never do while alive. Trump has united the Iranian people behind their fanatical government, and he caused the Iraqi government to kick out all American troops -- troops that had no lawful or moral basis for being there in the first place and whose numbers have only increased.

Trump cut down the laws to get to the Devil. Whom will he kill next?