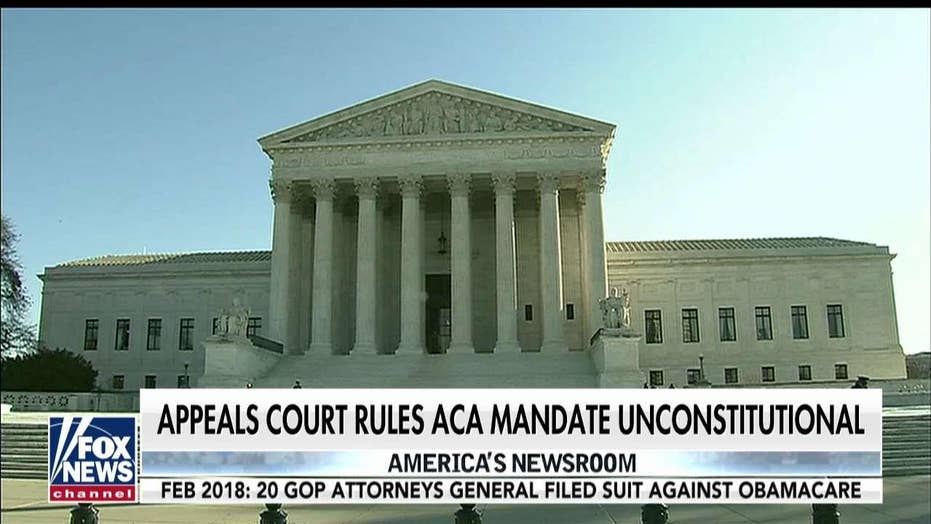 Judge Napolitano on FISA judge's stunning rebuke of the FBI

a. start a war with Iran.

b. refuse to enforce ObamaCare.

c. retain the core of ObamaCare because he will have a change of heart.

a. more American troops will be deployed around the world than are today.

b. the United States will be directly involved in a land war in Syria.

c. the United States will renounce its membership in NATO.

d. all American combat troops will be back home in the United States.

a. issue more executive orders than President Obama did in eight years.

b. direct the IRS to lower the top tax rate to 15 percent.

a. reverse Roe v. Wade, thereby handing off the abortion controversy to the states.

b. rule that the right to carry arms outside the home is protected by the Second Amendment.

c. permit the execution of subpoenas on Trump's tax and financial records.

d. have its oral arguments televised.

a. race to see who can hack the other more often.

b. proclaim their personal and eternal friendship to each other.

c. agree to produce a shirtless 2021 calendar together.

a. secret tapes of the meeting in Trump Tower between Trump and Kanye West.

c. proof that Bill Clinton is a crook.

a. wage a hostile takeover of NBC.

b. fire Lorne Michaels and hire the entire “Saturday Night Live” cast to work for The Trump Organization.

d. give up building the wall because the land on which he wants to build is owned by Republicans who won't sell to the government.

a. attempt professional wrestling for his next career.

b. try a cable TV gig and hate it because it is too much work.

c. become a roadie for Bruce Springsteen’s next tour.

d. become the general manager of the George Washington Bridge.

a. cause a government shutdown.

b. announce that he will run for president in 2024.

c. be appointed to the Supreme Court.

d. be named president of the University of South Carolina.

b. sit through a dinner with Sen. Mitt Romney and Senate Majority Leader Mitch McConnell arguing about Federal Reserve policy.

c. give a lecture at Princeton University about how bad a president Woodrow Wilson was.

c. be ostracized by Trump.

d. largely be very frustrated as Trump bypasses and ignores them.

a. start a health insurance company.

b. become the president of the University of Chicago.

d. be shunned by fellow Democrats.

a. the New York Yankees, after Gerrit Cole pitches a perfect game.

b. the Boston Red Sox.

d. the San Francisco Giants, after Nancy Pelosi and her super-rich husband buy the team.

a. the New York Giants, without Eli Manning at quarterback.

b. the Jacksonville Jaguars after Eli Manning throws a 99 yard Hail Mary pass with no time remaining on the clock.

d. the New England Patriots after yet another cheating scandal.

a. embraced by Trump.

b. exposed as a hoax.

d. the subject of another encyclical by Pope Francis.

a. Pope Francis will be voluntarily retired and living as a simple parish priest in a slum in Buenos Aires.

b. divorced and remarried Catholics will lawfully be able to receive the Holy Eucharist.

d. Antonin Scalia will be on his way to formal sainthood.

a. the United States will have imposed a 50 percent tariff on all goods made in China.

b. the Federal Reserve will be retaining artificially low interest rates.

c. the debt of the federal government will exceed $24 trillion.

d. all of the above.

b. Al Gore will have announced that he will be running for president in 2024.

c. the Islamic State group will be history.

a. Hillary and Bill Clinton will be divorced.

b. Roger Clemens will be in the Baseball Hall of Fame.

c. the Trump family will have established Mar-a-Lago as the official White House.

d. more people will be on ObamaCare than were in 2016.

a. everything the government has it has stolen.

b. everything the government says is a lie.

c. that government is best which governs least.

d. all of the above are true.