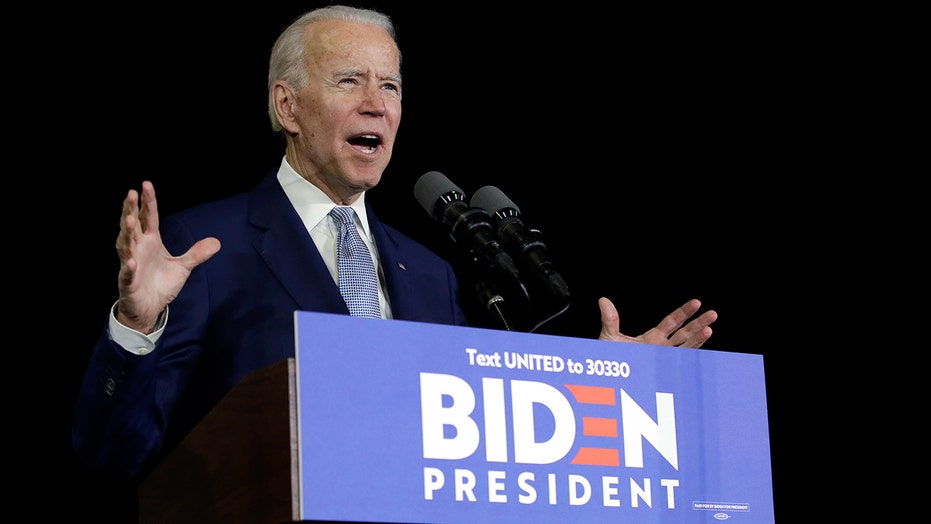 The Associated Press has called Texas for Joe Biden

Joe Biden will take the lions share of the second-largest group of delegates in Texas win.

The old cliché is that when it comes to picking presidential candidates, Democrats fall in love while Republicans fall in line. But this year is different. A lot of Democrats recognize former Vice President Joe Biden’s many liabilities, but they are falling in line behind him in order to stop socialist Sen. Bernie Sanders of Vermont from carrying their banner in November.

As recently as Feb. 24, Biden trailed Sanders by 29 percent to 17 percent in the RealClear Politics average of all national polls. Biden was considered to be a tired, stumbling and washed-up contender. But now Biden narrowly leads Sanders in the national polls and won a majority of the 14 states that voted on Super Tuesday.

Sanders was the top vote-getter in California. That state had the most pledged delegates at stake Tuesday – 415. He also won his home state of Vermont, along with Colorado and Utah.

We don’t know yet how many delegates the candidates picked up in the Super Tuesday states. A candidate must get at least 15 percent of the vote statewide or in a congressional district to win delegates.

First, South Carolina’s primary Saturday provided him with a firewall of older African-American voters that allowed Biden to crush Sanders and win his first primary.

Second, fear that Sanders would drag down the Democratic ticket in November prompted party donors to successfully pressure former South Bend, Ind., Mayor Pete Buttigieg and Sen. Amy Klobuchar of Minnesota to drop out of the presidential race this week and endorse Biden on Monday.

The results of Biden’s last-minute surge are impressive. He was vastly outspent by rivals in every state and didn’t even campaign in Tennessee, Arkansas, Minnesota, Massachusetts and Oklahoma and yet won all of those states.

While the race is far from over and 62 percent of delegates remain to be allocated, It appears as if establishment Democrats may be able to accomplish what the GOP establishment tried and failed to do in 2016 with Donald Trump: coalesce around a single alternative to oppose an outsider attempting a hostile takeover of the party.

The future direction of the race may now hinge on the decisions made by former New York City Mayor Mike Bloomberg in the coming days. The billionaire spent some $600 million of his own money leading up to Super Tuesday on his campaign, smothering the primary states with offices, operatives and ads.

But Bloomberg failed to win a single primary with the exception of the Democratic caucuses in tiny American Samoa, which one wag joked he already owned. American Samoa is awarding 6 of the 1,357 pledged delegates up for grabs on Super Tuesday.

The Bloomberg Bust once again proves that despite the attention that big money and an extensive organization can bring to a candidate, by themselves those factors aren’t enough to win.

According to the Center for Responsive Politics, 263 millionaire candidates contributed at least $500,000 to their own campaigns for Congress between 2002 and 2014. But 84 percent lost.

Bloomberg now has to decide if he wants to continue spending millions of dollars on his presidential race, in the hopes that Biden and Sanders will both reach the Democratic National

Convention in Milwaukee in July lacking enough delegates to win on the first ballot. Bloomberg would then bank his hopes on winning on a subsequent ballot when super delegates can vote.

The 772 super delegates to the convention are elected officials, party officials and former officials who can vote however they wish, regardless of primary results. There are 3,979 pledged delegates chosen in state primaries and caucuses.

With a fortune estimated at over $60 billion, Bloomberg has no real limit on what he can spend if he continues to seek the Democratic presidential nomination. But he has to decide if his continued candidacy will lead to Sanders getting the Democratic nomination and whether it will weaken whoever the Democratic candidate is and make it more likely that President Trump will be reelected.

Sen. Elizabeth Warren, who lost her home state of Massachusetts on Super Tuesday, also has reached a crossroads. Will she stay in the race or try to unite progressives around Bernie Sanders, hoping perhaps that if Sanders becomes the Democratic candidate for president he would select her as his running mate?

While it’s clear that the bragging rights for Super Tuesday belong to Joe Biden’s late-surging campaign, there is a bitter irony in the results for Bernie Sanders.

California’s slow vote count will have still-valid mail ballots coming in through Friday and not being counted for days after that. That will determine how many delegates Sanders picks up from his California victory and whether Sanders won the most delegates around the country on Super Tuesday.

But by then few voters may be paying attention as the candidates will have scattered to other states and attention is diverted elsewhere.

One place where we expect all eyes to be focused now is Phoenix, where the next Democratic debate will be held March 15. We don’t know who will still be in the race by then but we know Biden and Sanders will be on stage representing their respective wings of the Democratic Party and you can expect a no-holds-barred contest.