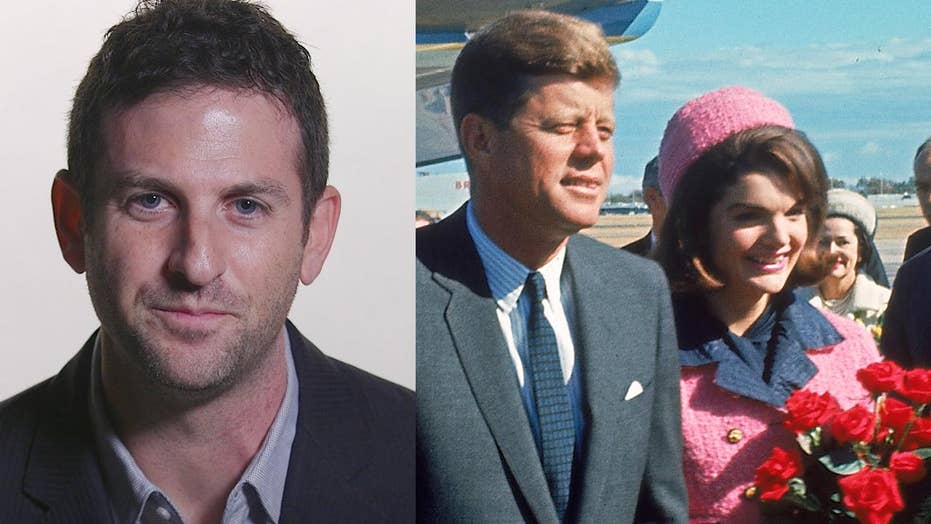 Jared Cohen, author of 'Accidental Presidents: Eight Men Who Changed America,' shares stories of prominent figures like Condoleeza Rice, Dick Cheney, and Jesse Jackson who reveal where they were and what they remember when President John F. Kennedy was assassinated on Nov. 22, 1963.

Fifty-six years ago this week, President Kennedy arrived in Dallas, Texas as part of a multi-day campaign stop. The president’s aides were uncomfortable. The Texas crowds were unfriendly and rowdy. “If anybody really wanted to shoot the president of the United States,” Kennedy told his aide Kenneth O’Donnell on the morning of November 22, “it was not a very difficult job—all one had to do was get a high building someday with a telescopic rifle, and there was nothing anybody could do to defend against such an attempt.”

That same morning, he made a joke to Jackie: “We’re heading into nut country today. . . . You know, last night would have been a hell of a night to assassinate a President.”

President Kennedy was shot at 12:30 p.m. (CST) on that day as his open limousine made its way through Dealey Plaza. He was pronounced dead 30 minutes later. His death marked the first assassination in 62 years, but unlike the McKinley murder, the entire country followed events in real-time

Everybody has a Kennedy story. He was both loved and reviled by so many people and was taken so fast and so publicly for it to not have left an indelible mark on anyone who lived through it. It was also a period of heightened tensions – Vietnam, civil rights, nuclear showdowns – that coincided with the rise of an outspoken counterculture movement of activists and dissidents alike.

Even in his nineties, President George H.W. Bush’s memory of the day was crystal clear. “I was running for the U.S. Senate,” he told me in an interview for my book, Accidental Presidents, “and Bar and I were in Tyler, Texas. We had a bunch of events that day and [the] next. We canceled them all and went home to Houston to be with our kids.”

For him, the impact became very real, noting that, “I am not sure President Kennedy would have gotten the Civil Rights legislation passed. LBJ is maybe the only person at that time who could have pulled that off. You had a Southern President calling his former Senate colleagues in the South, and in that wonderful Texas drawl of his, telling them to do the right thing. JFK’s Boston twang would not have had the same effect. LBJ knew how to push.”

For civil rights activist Jesse Jackson, Kennedy’s death was a critical inflection point in the civil rights movement. He remembers walking across campus at North Carolina A&T and hearing it on the radio. “I couldn’t believe it,” he remembered, “Presidents didn’t get killed. Lincoln had been killed, but that was so long ago. I felt like there were two assassinations, Kennedy and civil rights. I would eventually realize that I was wrong.”

Former Secretary of State Henry Kissinger, then 40-years-old and working at the Center for International Affairs at Harvard, was immersed in a frustrating conversation with a colleague. At the time of the assassination, he was sharing his critique of the Kennedy administration’s foreign policy in Vietnam and “was very unhappy with that discussion because the Diem brothers had just been arrested a few months earlier and I thought that was an awful decision and that is what we were discussing.”

He had only made part of his argument when someone burst into his office to share the news. “I was shaken,” he told me. “With all these criticisms I make now and I made then, there was an inspirational aspect [to him]. He brought to my generation a vision of America that they wanted to see fulfilled.”

Former Vice President Dick Cheney was living in an apartment that he shared with another student at the University of Wyoming. These were the days of his “misspent youth” and he had enrolled there for “ninety-six bucks a semester” after leaving Yale under what he described as “less than favorable circumstances.” He had actually gone to hear JFK speak on campus just a few months earlier.

On the day of the assassination, he was walking from class back to his apartment when a stranger stopped his car, rolled down the window, and told him that the president had been shot. He had just heard it on his car radio.

Cheney got in the car and they went to find a television at the student union, after which Cronkite came on and pronounced the president dead. Emotionally distraught, he got in his car – as he did every weekend – and drove 150 miles to Boulder, Colorado where his fiancé Lynne was studying. They didn't have a television that weekend but listened to the radio as all the events unfolded from Oswald’s capture to his murder.

“It’s something you never forget,” he said, “It was made more poignant and real because he had been with us on campus at the University of Wyoming just weeks before.”

Former Secretary of State Condoleezza Rice was in geography class at Brunetta C. Hill elementary school in Montgomery, Alabama. Her teacher, Mrs. Riles, had gone to the door to talk to another teacher, and when she returned to the class, she said, “boys and girls, the president has been shot, and so now we are going to say a prayer that he’s ok.”

They said their prayer and then went for recess, but the somber news made playtime less than joyous. They were all just kind of standing around and when recess was over, the principal announced over the PA system that the president was dead.

At that moment, Mrs. Riles began wailing and went over to the door when Rice heard her say to another teacher, “The president’s dead and there is a southerner in the White House, what are we going to do now?”

For Tom Brokaw, then a 23-year-old reporter at NBC’s Omaha office, the entire experience was “surreal.” Meriwether Lewis, the UPI reporter had dictated the news in “one of those brilliant narratives” and Tom, realizing they were not on the network at the time, interrupted a garden show and just read it off the wire.

“I just kept racing back and forth and I was on two tracks,” he recalled, “got to get this out there and this doesn’t happen in America.”

He had been a child of the fifties and even though he had been through the war and a lot of other things, the idea of assassinating this guy who for him “represented the new generation, all the vigor and youth and the promise,” was a savage act.

But Brokaw also lived in Omaha, which was one of the most conservative parts of the country and the people there loathed Kennedy. Among them was his chief engineer, who he remembers as a “terrible, sour, little man.”

Sensing the chaos in the newsroom, he asked what happened and when Brokaw explained that Kennedy had been shot, he said, “It’s about time somebody got the son-of-a-b-tch.”

Brokaw was so furious and went after him with his fists and had to be pulled off and restrained by another colleague. But this was not unusual for this part of the country. He recalled another friend, who told him that his father gave a party in Oklahoma in honor of Kennedy’s death. This was a different part of the country.

In Brokaw's home state of Nebraska, life went on almost immediately, particularly as it pertained to football. That Saturday, the University of Nebraska was scheduled to play the University of Oklahoma in the Big 8 NCAA title and reflecting the tenor of the state, Nebraska insisted that the game go on. Having covered the assassination just the day before, Brokaw was dispatched to cover the game. “It was startling,” he recalled, “The Nebraska fans acted as if nothing had gone wrong. And Bud Wilkinson, the Oklahoma coach had a relationship with Kennedy and he never lifted up his head the entire game. He just walked up the sidelines” as Nebraska beat them twenty-nine to twenty.

In the Soviet Union, we know from declassified JFK files that the assassination was met with both great confusion and wild speculation. According to a Top Secret report from FBI director J. Edgar Hoover to the White House, the Soviets believed Kennedy’s assassination was a “well-organized conspiracy on the part of the ‘ultraright’ in the United States to effect a ‘coup.’”

According to the report, the Soviets “seemed convinced that the assassination was not the deed of one man, but that it arose out of a carefully planned campaign in which several people played a part. They felt that those elements interested in utilizing the assassination and playing on anticommunist sentiments in the United States would then utilize this act to stop negotiations with the Soviet Union, attack Cuba and thereafter spread the war.”

The report then went on to say that the “Soviet officials were fearful that without leadership some irresponsible general in the United States might launch a missile at the Soviet Union.”

Kennedy’s assassination created an intelligence challenge for the Committee for State Security, better known as the KGB, whose station chief in New York, Colonel Boris Ivanov, convened his local spies on November 25 to inform them that “President Kennedy’s death had posed a problem for the KGB.”

One FBI source indicated that the “KGB was in possession of data purporting to indicate President Johnson was responsible for the assassination.” Ivanov “emphasized that it was of extreme importance to the Soviet Government to determine precisely what kind of man the new President Lyndon Johnson would be.”

He issued instructions to all of its agents to immediately obtain all data available concerning Johnson, “including his background, his past working experience and record in Congress, his present attitude toward the Soviet Union, and particularly all information which might have bearing upon the future foreign policy line he would follow.”

At the direction of Moscow, they began collecting “information concerning President Lyndon B. Johnson’s character, background, personal friends, family, and from which quarters he derives his support in his positions as President of the United States.” According to one FBI source cited in the documents, the KGB claimed to be in possession of data purporting to indicate President Johnson was responsible for the assassination of President Kennedy.