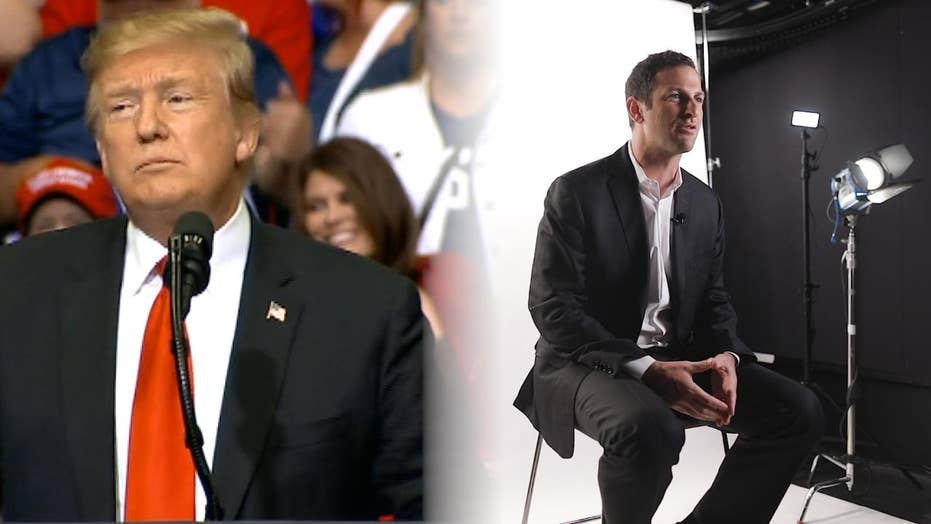 Jared Cohen: Are today's politics worse than ever?

Jared Cohen poses a number of questions about today’s politics: Are we in a constitutional crisis? How does Trump stack up with other scandalous presidents? Is our political rhetoric unprecedentedly bad? He answers them with historical examples which prove that, however bad today's politics may seem, America has endured more fraught moments.

America has lost its ability to objectively evaluate politics in the context of history. Today, we are beholden to 24-hour news cycles and inundated with hyperbolic proclamations.

Having spent five years researching and writing my new book “Accidental Presidents: Eight Men Who Changed America,” about the eight times a U.S. president has died in office and how the abrupt transfer of power changed the course of history, I can confidently tell you that for all the political “crises” of today, American history contains far worse examples of moments of peril.

First, Congress has been a much nastier place. Today there is some bickering and the occasional heckling, but this pales in comparison to how disagreements used to play out.

On April 17, 1850, for example, a routine debate over slavery became so heated that two prominent senators nearly fought to the death. The two combatants, Henry Foote of Mississippi and Thomas Hart Benton of Missouri, loathed each other. Their feud was more than a decade old, replete with character assassinations and physical threats.

Whenever Foote was involved in a heated exchange there was potential for violent escalation. On this particular day, after a heated exchange, Benton had heard enough from Foote. He jumped from his seat, tossed his chair aside, and charged forward.

Foote, likely believing that Benton was armed and dangerous – perhaps because he had challenged him to a duel several days prior – spotted Benton rushing toward him. Terrified of a physical thrashing, he sprang toward the vice president’s dais and drew a five-chambered revolver with his right hand and cocked it with his left hand while walking down the main aisle of seats in the Senate chamber.

Several senators tried to prevent the confrontation but found it near impossible. Vice President Fillmore banged his gavel furiously in hope to call the chamber to order, but he had lost control. Senator Foote stamped the floor in a sort of temper tantrum, waving his drawn pistol as multiple senators attempted to restrain him.

Benton, who was unarmed, threw open his coat, lunged toward the pistol wielding senator, and shouted: “I have no pistols! Let him fire: Stand out of the way! Let the assassin fire! I scorn to go armed. Only cowards go armed.”

The Senate chamber was shocked and on edge. At that moment, it appeared as if one senator might commit murder right there on the floor.

Foote quickly realized the implications of what he had done and could offer a mediocre excuse at best, insisting that he drew his gun in self-defense. But Benton, eager to remind everyone who was armed, quipped back, “Nothing of the kind, sir. It is a false imputation. I carry nothing of the kind, and no assassin has a right to draw a pistol on me.”

Second, we have had very real and more drawn-out constitutional crises. Presidential succession is the clearest example, particularly given that the framers of the Constitution thought we could wing it. It took eight presidents dying in office and 15 close calls to pass an amendment saying the vice president becomes president when his predecessor dies.

The first to die was William Henry Harrison and without a plan for succession or a clear guide, the country debated whether his successor, John Tyler, was just an “acting president.” Tyler and the men in his inherited cabinet read the same article in the Constitution and arrived at completely different conclusions about its meaning. Nobody was confused about Tyler assuming the duties of the president, but divergent interpretations of whether he was the president revealed a gaping hole that bred confusion around an unprecedented situation.

While John Tyler’s actions set a precedent for succession in the event of death, there remained the problem of how to handle prolonged presidential disabilities. This lack of clarity created two constitutional crises: first when James Garfield lay on his deathbed for 80 days before succumbing to his wounds; and second when Woodrow Wilson suffered a stroke in 1919 that left him partially paralyzed.

These were real constitutional crises. The fact that the country navigated these abrupt transfers of power eight times during a 122-year period and amended the Constitution only after John F. Kennedy’s assassination in 1963, offers a powerful response to the originalist, or literal, interpretation of the Constitution.

Third, there is a long history of volatile cabinets. While President Donald Trump’s cabinet has been volatile, nothing will compare to what happened after Zachary Taylor died in office and his vice president, Millard Fillmore, became president.

Fillmore’s first major action as president was to clean house. Taylor’s cabinet had been among the weakest in history, and now it was scandal-ridden. But performance of the cabinet had little to do with Fillmore’s decision, which was deeply personal. He resented Taylor’s inner circle for shutting him out for the past 16 months and cutting off his access to patronage. He wanted them all gone.

Following a precedent set when Harrison died in office, the members of the cabinet tendered their resignations. But they were surprised when Fillmore accepted all of them in what many assumed was an act of political revenge. Adding insult, the new president then requested that each stay on for a month until he could appoint their successors.

Rather than reject his request altogether, they found it more insulting to say they would agree to stay on, but just for one week. Thus, the government was without cabinet secretaries or a vice president for several months.

Fourth, threatening impeachment as a political tool started a long time ago – it's not a recent phenomenon. The first impeachment proceedings took place in 1841 after the Whigs kicked John Tyler out of the party for not following their agenda. But the first successful impeachment was achieved by the Radical Republicans against Andrew Johnson in 1867 following several years of an exhausting and dramatic legislative battle between the president and Congress over Reconstruction.

Johnson tried to oppose multiple Freedmen’s Bureau bills and lost. He then opposed multiple civil rights bills and lost again. He expressed his subtle – and at times not so subtle – disapproval of the Fourteenth Amendment, which passed anyway.

The culmination of this battle between branches was the president’s impeachment. Johnson narrowly escaped being booted out of office by a single vote in the Senate, which would have provided the constitutionally-mandated two-thirds for a conviction.

History offers us a useful guide for putting our hysteria and critiques in context. Everything seems more significant when we are living through it. But we should not let our recency bias obfuscate the truth about our current politics. There is much about today that is unusual and even more that is frustrating. But we are nowhere near politics at its worst and we are going to be just fine.

VISIT FOXNEWS.COM/OPINION IN THE COMING DAYS TO READ EXCERPTS OF “ACCIDENTAL PRESIDENTS” BY JARED COHEN.