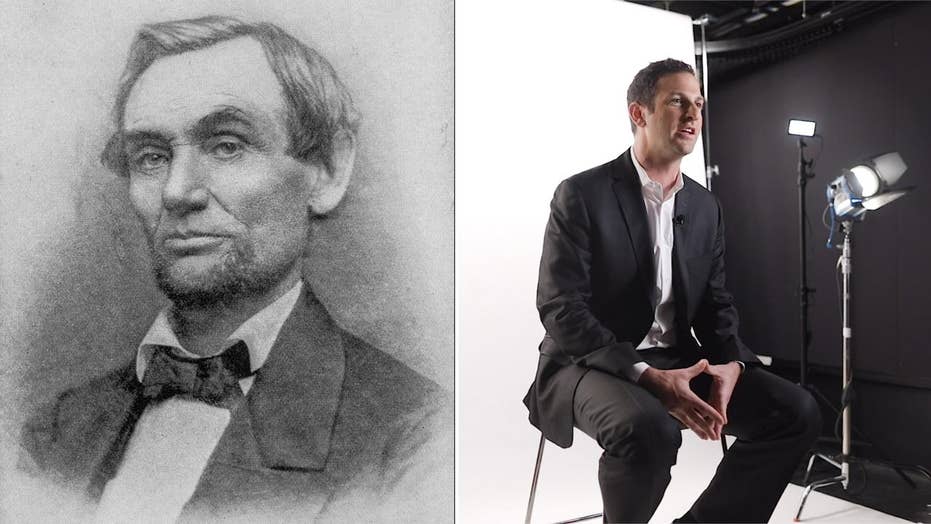 Jared Cohen explains how the stories of President Abraham Lincoln and James Garfield’s assassinations are interwoven in the context of civil rights in the U.S. Each president’s death had significantly delayed major progress in reconstruction and civil rights since both of their successors held radically different views.

How America squandered the post-Civil War opportunity to advance civil rights is a tale of two Republican assassinations.

In 1864, as the tide of the Civil War shifted to a certain Union victory, it became clear that the November election would determine who would be responsible for winning the peace, meaning Reconstruction. Such a vital moment in American history should have belonged to Abraham Lincoln. Instead, John Wilkes Booth’s bullet gave it to Andrew Johnson.

ACCIDENTAL PRESIDENTS, PART 2: WHY VPS MATTER, AND WHY IT'S TIME TO CHANGE HOW WE CHOOSE AND PREPARE THEM

The contrast between Lincoln and Johnson could not have been greater. Abraham Lincoln was a northern abolitionist, while Johnson was an unabashed racist who owned at least eight slaves (the last president to do so), who he wouldn’t free until more than seven months after the Emancipation Proclamation.

Lincoln engineered the landmark 13th Amendment to the Consitution, abolishing slavery. Johnson opposed almost all civil rights legislation – the Freedmen’s Bureau Bill, the Civil Rights Act of 1866, and the 14th Amendment forbidding states to restrict the rights of citizens – and with the exception of slavery, resurrected just about every vestige of the political and economic system that would continue to disenfranchise black Americans for more than a century.

On Johnson’s watch, the defeated southern states would enact the Black Codes as the precursor to the Jim Crow laws and elect much of the ex-Confederate leadership.

Lincoln had left no blueprint for Reconstruction, and the new president found himself left to answer two of the biggest questions in American history: How should the federal government treat Confederate states and under what terms would they be permitted to re-enter the Union? What fate awaited black people in a post-slavery America and what status would they enjoy?

Johnson’s rhetoric over the previous four years – harsh treatment toward traitors and civil rights for black people – created certain expectations for how the new president would answer both of these questions. But within months of the war’s end in May 1865, Johnson began singing a very different tune. His policy shifts surprised almost everyone. It may have seemed as if he had a change of heart, but the only thing that changed was context.

Previously, secession and Civil War were the immediate concerns. But Johnson’s abolitionist fervor was reserved not for the men, women and children who had been held in bondage, but for the southern aristocrats who represented a class of man he had spent a lifetime resenting. Johnson viewed breaking the institution of slavery as a way to destroy the Confederacy and reunify the country, and he was willing not only to put his own biases aside, but also to contradict his own beliefs for the sake of winning the war.

So long as the Civil War raged, Johnson tactically embraced civil rights because it would hurt the Confederacy. When the war ended, he had no strategic reason to embrace a platform he fundamentally rejected. His new focus of restoring the Union offered the perfect opportunity to delegate the fate of black people to the states.

The consequences for civil rights were devastating. Beginning in November 1865, Mississippi and South Carolina began enforcing what became known as the “Black Codes,” which were the precursor to the Jim Crow laws.

The rest of the southern states quickly followed and Johnson showed little interest in intervening. The greater his apathy, the more they pushed. Within a year, the old southern landed aristocracy had managed to recreate a bondage that, while not explicit slavery, would devastate black communities back for more than a century.

Andrew Johnson squandered a historic opportunity with Reconstruction and sold out the freedmen. His successor, Ulysses Grant, created even more space for the segregationist base of the Democratic Party to find its footing and gain momentum. A steady stream of segregation laws were passed by southern states, collectively becoming known as the Jim Crow laws. Years later, when it looked as though this tide might start to turn, history repeated itself.

When the Republican Party convened in Chicago to choose a nominee in 1880, the candidates were still deadlocked on the 35th ballot, leaving the Wisconsin delegation to throw its support to James Garfield, who wasn’t even running. Hw was horrified by such an unexpected outcome.

Garfield hadn’t desired the presidency, but once nominated he planned to win and make something of it. This required unifying the party and accepting Chester Arthur on the ticket. For Garfield it was painful to have Arthur as his running mate. Garfield’s humility had appeal and empowered him to forge a real connection with the American people. Arthur was a man so vain that he moved his birth year back to appear younger.

Garfield’s victory that November should have marked a turning point in American politics. Black Americans and abolitionists knew him to be a friend of their cause before, during and after the Civil War. There was also the widely circulated story that he had hidden a runaway slave as a boy. He connected with immigrants in the East and West who saw a parallel with his life story. Garfield’s parents had lived their struggle. He had seen not just the deprivation, but also the discrimination that came with it.

As president, Garfield was determined to unshackle the office from the trappings of the spoils system and would not allow himself to be beholden to any party boss or constituency. Having won the nomination by accident and against his will, he truly owed nobody any favors.

Garfield's humility, personal story, and gifted oratorical skills meant that he was what the Washington Post editorial board later described as a “forceful and widely respected advocate for what he believed in, [someone who] inspired trust among many and felt strongly on the great issue of his day – the future of newly emancipated Americans.”

President Garfield would have had his moment and the tide of segregation might have been reversed had it not been for a 39-year-old madman named Charles Guiteau.

On July 2, 1881, Guiteau shot President Garfield, leaving him in medical limbo for 80 days before succumbing to his wounds. The American people were dismayed by the idea of Chester Arthur as president and the press knew it. He was barely known and what little people knew of him they didn’t much like.

Garfield was universally trusted and respected, a man of great moral rectitude, intelligence and depth. Arthur was shallow, elitist, lazy and uninspiring.

Whereas Garfield was a self-made man who rose from abject poverty to the nation’s highest office, Arthur was a product of the spoils system. Garfield had achieved the GOP nomination without even putting his name forward, while Arthur was imposed on the ticket in what was disparaged as placating the party’s most unscrupulous constituents.

Garfield had spent his time as president advocating for a better and more equal America, while Arthur spent his entire tenure as vice president plotting with Garfield’s chief opponents.

And now the man who assassinated President Garfield claimed to do so on behalf of Chester Arthur, whom he had met with on several occasions. No sooner had newsboys shared the tragic news of Garfield’s shooting throughout the country than rumors began circulating that Chester Arthur was the man responsible. He more or less had to go into hiding for two months for fear of what a mob might do to him.

Arthur was hardly up to the job and while he had been an abolitionist, he lacked Garfield’s independence or abilities. He saw the spoils system as a stain on his record and focused his limited attention on passing the Pendleton Act, which established the modern-day civil service. He helped modernize the Navy and renovated the White House, which took up his remaining attention. Civil rights were too difficult for him and he had neither the appetite nor the time.

If anyone had a chance to right the ship it was James Garfield, who with a genuine belief in civil rights and the political autonomy to pursue that agenda, had a real opportunity that he intended to seize. Had he survived assassination or his doctors' malpractice as they poked around for the bullet in unsanitary conditions, history could have been very different.