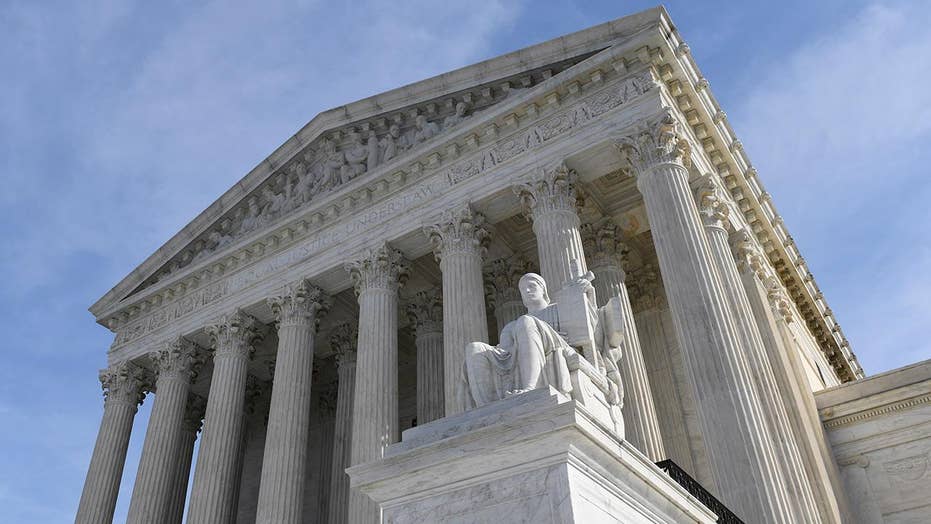 Supreme Court set to decide fate of DACA and nearly 700,000 immigrants brought to US as children

The Supreme Court heard oral arguments Tuesday about the legality of Deferred Action for Childhood Arrivals (DACA), an Obama-era policy that allows some individuals who entered the country illegally to remain here and get work permits.

The policy was never approved by Congress. President Obama established the program by executive order. President Trump revoked it. And a federal judge issued a stay on Trump’s action. The Justice Department appealed — and here we are.

It is worth remembering how we got to this point — and recognizing that the prospects of the White House and Congress working out a DACA deal now are no better than they were when this all started.

In 2012, President Obama had a problem. He had vowed to deliver amnesty to the millions here illegally, but — like Bush before him — he failed to broker a comprehensive, bipartisan deal with the Congress. With the promise unfulfilled and an election looming, Obama decided to try a different course — issuing executive orders to implement policies that would placate his progressive base who demanded amnesty.

If you want to blame anyone for poisoning the well reaching bipartisan solutions for immigration and border security you might as well blame Obama.

In the post-Obama era, the left has lurched farther to the left. Today it embraces previously unthinkable immigration policies,-- from opposing border security to abolishing ICE, the agency responsible for internal immigration enforcement.

Meanwhile, Trump has made move after move to try to curtail the influx of illegal immigrants. He has beefed up border security, insisted that Mexico do its part to block massive immigrant “caravans,” tried to close loopholes in the system that create a de facto “catch and release” revolving door, and fought back against the sanctuary city movement.

As a practical result, America today is divided into two political factions — those who want to secure the border and enforce the law — and those who don’t.

Whatever the Supreme Court decides regarding DACA, it is unlikely to resolve that great divide. If the left gets DACA left in place, it will only encourage them to make further demands on behalf of illegal immigrants until we wind up with open borders. We’ve seen this play out in other policy areas. For example, the left's plea for “market-based” ObamaCare has now morphed into a demand for "Medicare-for-all."

Similarly, conservatives opposed to DACA will remain doggedly opposed to all other forms of amnesty, regardless of how the court rules. We are facing a humanitarian and security crisis on our border, and that crisis will not be alleviated by amnesty measures; such measures only incentivize more illegal border crossings.

A deal giving amnesty to DACA recipients in exchange for vague promises to secure the border later makes no sense. You don’t fix a problem by starting with rewarding those who helped create the problem. Programs such as DACA, pared with loopholes in the refugee program, have only fueled the rush to the border.

The president recently retweeted his proposal to do a DACA deal. His political opponents in Congress are unlikely to take him up on the offer. For one thing, the president had made that offer earlier, and they rejected it. For another, right now they can’t even muster the effort to do a defense budget and pass the National Defense Authorization Act. If they can’t reach a deal on something as basic and vital as defense, the notion that they could make a deal on something as controversial as immigration seems far-fetched.

Nor does an immigration deal make much political sense for the president. The White House has drafted two bills on immigration and border security reform, both containing long-overdue reforms backed by a large majority of Americans. If he holds fast to those proposals, he just might get a chance to implement them, post-2020.