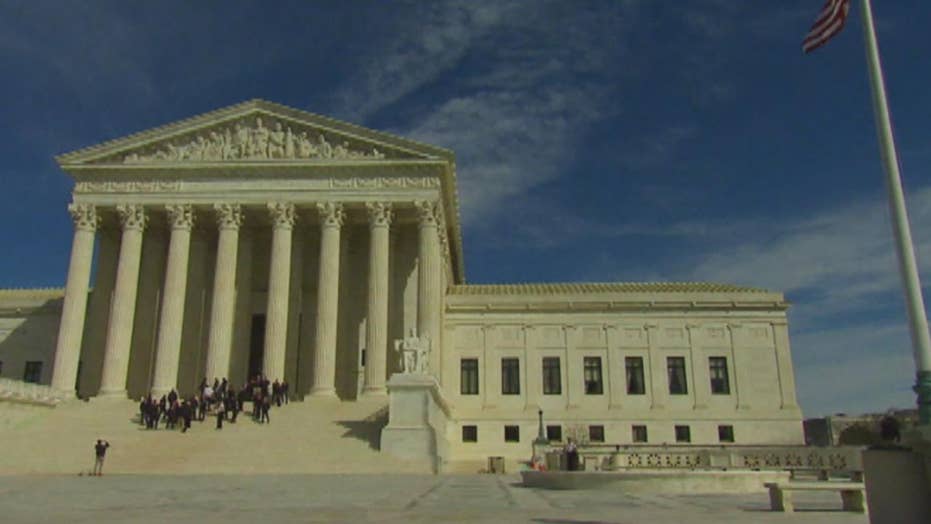 The DACA Debate: Justices get the final say on Dreamers

Supreme Court justices will get the final say on DACA with a ruling expected June 2020.

With 700,000 lives weighing in the balance, the Supreme Court will hear oral arguments Tuesday on the future of DACA.

A decision by the high court to terminate Deferred Action for Childhood Arrivals would have an immense impact on our businesses, higher education and our economy.

That's why some of the nation's largest businesses and educational institutions are making their voices heard. In recent months, many world-renowned companies and universities have filed friend-of-the-court amicus briefs in support of "Dreamers."

Prominent organizations that have submitted a brief include Stanford and Yale. Starbucks, IBM, Google, Amazon and 138 other businesses weighed in on the economic benefits of DACA in a separate brief.

“Eliminating DACA will inflict serious harm on U.S. companies, all workers and the American economy as a whole,” the brief states.

Ending the program could slice up to $460.3 billion from the national GDP over the next decade and reduce tax revenue by $90 billion, according to the brief. Replacing protected workers will end up costing businesses $6.3 billion.

Tim Cook, the CEO of Apple, filed a separate brief with the Supreme Court seeking to protect Dreamers in early October.

"Our recipe for success is simple: Hire the best people, from the most diverse backgrounds. They will solve the most challenging technological problems. They will find new ways to connect to the broadest population and new ways to provide the best customer experience," Cook wrote. "This is Apple’s innovation strategy. It is all about the people — and their rich diversity."

In the brief, Apple refers to its 443 employees who identify as Dreamers as “vital to the company’s success” and “among the most driven and selfless colleagues in the company.”

A decision to end DACA would remove such innovators, thinkers and contributors to our society. It would also make countless students currently working towards degrees at colleges and universities eligible for deportation.

The Presidents' Alliance on Higher Education and Immigration filed its own amicus brief in support of DACA. Signatories include large public and private research universities; liberal arts colleges and community colleges; science, math, and engineering institutions; and faith-based institutions.

For the past seven years, DACA has been an incredibly successful program, offering temporary protection for immigrants, benefitting these Dreamers, their families, their communities and our economy.

As a university president, I’ve had the opportunity to get to know several Dreamers personally, and they are some of the brightest, most patriotic students to enter our campus.

The security of DACA has encouraged and increased the likelihood that students would pursue post-secondary education. It has provided hard-working and passionate young people the assurance that they could work toward a degree and vocation without the constant threat of deportation.

DACA has also enabled students to apply for work authorizations to take on part-time jobs while in school. While contributing greatly to campus diversity, DACA has allowed these young people to envision a future for themselves in America.

The rescission of DACA would severely impact the future of these students and alumni, adversely affect our nation’s higher education institutions, undermine the many years of investments that colleges and universities have made to support Dreamers, and sap our higher education communities of needed talent, diversity and leadership.

As a university president, I’ve had the opportunity to get to know several of these Dreamers personally, and they are some of the brightest, most patriotic students to enter our campus.

Our university has been proud to support DACA recipients. We have been amazed at their talent, contribution and ambition. We hold firm to our support of this vulnerable generation, and it’s one of the reasons I joined the Presidents’ Alliance as a founding member.

Within the realm of higher education, we can see the ramifications of the demise of DACA clearly, just as many prestigious businesses and innovators can.

A ruling by the Supreme Court could come early next year.

With 70 percent of our nation in full support of Dreamers, according to a CBS News survey, we must secure the future of America. These individuals are everything “Americans” were made to represent. If the Supreme Court rules to end DACA, the decision will have devastating, far-reaching consequences for the U.S. economy and our country.

We must do all we can to ensure that Dreamers continue to enjoy the same freedoms we have been granted. If we are to allow our lives to reflect the importance of basic human rights and needs, perhaps we would see a shift in the priorities currently in place.

Perhaps, we could then see the significance of every human life and truly understand what it means to be an American.