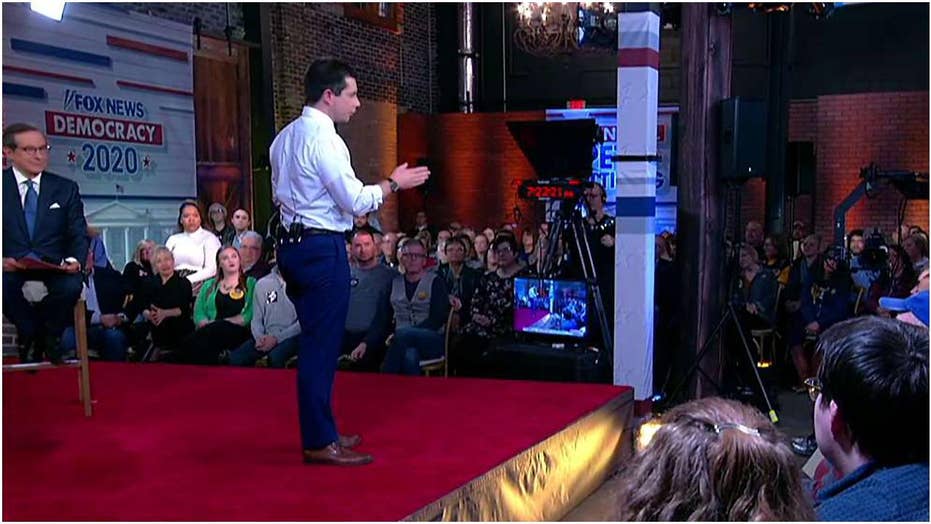 The Iowa Democratic caucuses are Monday night and as the presidential candidates pursue their own extreme agendas, they would like you to believe they are all bringing big, bold and new ideas to the table. But the truth is, they are all seeking the same goal – big-government control.

The caucuses will kick off the Democratic presidential nominating contests. They could offer some indication of who the Democratic nominee may be, not because Iowa carries more votes or holds more weight than any other state, but simply because it is the first.

A recent CNN/SSRS poll revealed 27 percent of Democrats or Democratic-leaning independents in favor of Sen. Bernie Sanders, I-Vt., while 24 percent favored former Vice President Joe Biden. Both were significantly ahead of Sen. Elizabeth Warren, D-Mass., who came in at 14 percent. All remaining candidates fell below.

Some speculate the Democratic Party may be ready for something new, or would at least like us to think that way. While Biden is pushing for drastic measures in climate change, Sanders is still promising "Medicare-for-all," Warren is vouching for free education and former South Bend, Ind. Mayor Pete Buttigieg believes we should decriminalize all drugs. Each candidate conveys the appearance of paving the way to something fresh or daring.

At the end of the day, they all share a common denominator. They are all leading us down the path toward the same liberal and socialist ideals.

While Sanders and Warren work to maintain the appearance of allies (regardless of what may have happened between the two at the end of the last debate), they are both promising the moon, and – within all things education, economic and business – something that is far from anything truly democratic. Ironically, Democratic candidates love to promise voters free things that will never be free.

Warren’s and Sanders’ Wall Street tax plans may sound promising to American voters, but they would only increase taxes and ultimately increase the financial burden on our nation. Using the word “free” with “education” is merely a word game, as it would inevitably cost Americans more than $2.2 trillion in taxes. What free education really means is robbing from our future. All of these “solutions” are nothing more than big-government control.

Of the two leading candidates, Biden enjoys the support of moderates, Biden is a safe choice for Democrats. He is the trusted and familiar candidate for the party. However, even with his established reputation, Biden feels the need to piggyback on ideas such as Sanders’ and Warren’s promises of free education. Even though he is the most moderate Democratic candidate, Biden is eager to offer the same promises as the other candidates.

The problem that all of these candidates are dodging is the federal control that would seep into all of these areas. In education, federal control would escalate over what is funded and what is taught. Our federal government would ultimately dictate funding and curriculum within all schools.

Federal control would also greatly escalate as a result of handing out free health care to all. Those working within health care would likely see pay cuts. Employer-based coverage would be eliminated. Those already insured through their employer would lose their coverage and be enrolled in new plans. Tax increases would be inevitable. Behind the majority of these big promises are more taxes, less freedom and more government control.

All eyes are on the Democratic Party, so all of the candidates are putting their best performances forward. They are working hard to stand out as much as possible from one another. Don’t be fooled by plans that may sound alluring or promising. It is all a show to move the Democratic agenda forward, and an effort to draw our nation toward an increasingly socialist and liberal government. With proposals masquerading to bring us more freedom, these agendas will only limit our liberties.

Come Monday, the Iowa caucuses will certainly give us a better idea of which candidate is doing the best job at fooling Americans into their promises. We will see whether the Democratic Party can keep doing so through the end of this election.