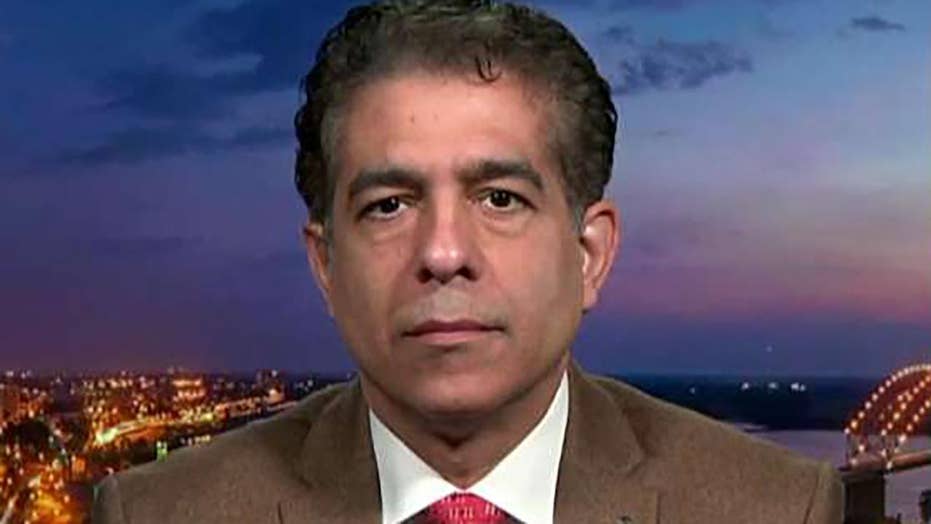 OB-GYN rejects NY abortion law: 'Absolutely no reason' to kill a baby in the third trimester.

It's 'sick' that the state is 'celebrating' the deaths of babies, Dr. Omar L. Hamada tells 'Fox &amp; Friends.'

Ever since Roe v. Wade (1973) and Planned Parenthood v. Casey (1992), the vast majority of states have said that any right to abortion exists only until the unborn child can survive outside the womb, and that abortion after viability is permissible only if necessary to preserve the life of the mother.

This sensible, merciful and civilized distinction arises from the understanding that killing an unborn baby who could survive outside the womb borders on infanticide. Only a handful of countries allow elective abortion after viability, including such human rights antagonists as China and North Korea.

But on January 22, 2019 – the 46th anniversary of Roe – New York state did the unthinkable: It legalized abortion well past viability, up until the very moment before the child’s birth. A mother need only convince a nurse to deem a late-term abortion “necessary” to protect her health – likely including (under existing judicial interpretation) her emotional well-being – and the abortion may proceed.

In addition, New York now allows non-physicians to perform abortions, eliminates all criminal penalties for illegal abortions, and removes legal protections for babies born alive (such as immediate legal status, a dedicated physician to care for the child, and records of life-sustaining efforts). On the upside, New York (apparently) still prohibits outright murder of newborn babies, but abortionists may now leave babies to die unattended without consequences.

New York’s extreme new pro-abortion law is backward and barbaric. Because an unwanted child will always impact the mother’s emotional health, the law permits killing a child – who otherwise could survive outside the womb – based solely on the mother’s preferences at the moment. If the mother goes into labor but decides she doesn’t want the baby, it becomes disposable.

We are well-accustomed to disagreements over constitutional protections for, and the morality of, abortion in the early stages of pregnancy. But until now, viability has largely been regarded as a sacrosanct barrier against pure utilitarian calculus. In New York, no more.

[I]f we are forced to live in a world where even viable unborn children have no more inherent value than farm animals, may God have mercy on us all.

Everyone should support the health and equality of women, but New York has removed physician-only health protections and now permits killing viable babies even if only because they are girls. And while allowing unfettered decisions about abortion sounds like a liberationist dream, it leads to sickening and decidedly anti-woman outcomes. In some countries, eugenic abortions are eliminating the Down syndrome population; elsewhere they are reducing the balance of the female population relative to males.

Thankfully, some states remain havens for genuine equality and civilized treatment of our fellow humans – at least as far as the U.S. Supreme Court will allow. Indiana, for example, not only prohibits abortions after 20 weeks but also prohibits any abortion from being undertaken solely because of the race, sex or disability of the baby.

Indiana also requires medical personnel to treat all miscarried and aborted babies as fully human; their remains must be cremated or buried rather than treated as mere “medical waste.” These protections ensure that all lives – born and unborn, male and female – are accorded basic human dignity.

Federal courts have enjoined Indiana’s anti-eugenics and fetal-remains laws, but we have asked the Supreme Court to review the case. New York’s extreme new anti-baby law only underscores the need for the Court to give states such as Indiana, which are willing to treat unborn babies as human beings, the leeway to do so.

New York Gov. Andrew Cuomo celebrated the passage of his “progressive” new law by lighting up One World Trade Center and other landmarks in pink. But allowing “until-birth” abortions and removing protections for babies born alive approaches the dystopia imagined by the infamous American philosopher Peter Singer, who declared that “the life of a newborn is of less value than the life of a pig, a dog, or a chimpanzee.”

While New York may choose to align with China and North Korea in a pink carnival of neonatal death, the Supreme Court must allow Indiana and other states to stand strong for a culture of life. For if we are forced to live in a world where even viable unborn children have no more inherent value than farm animals, may God have mercy on us all.