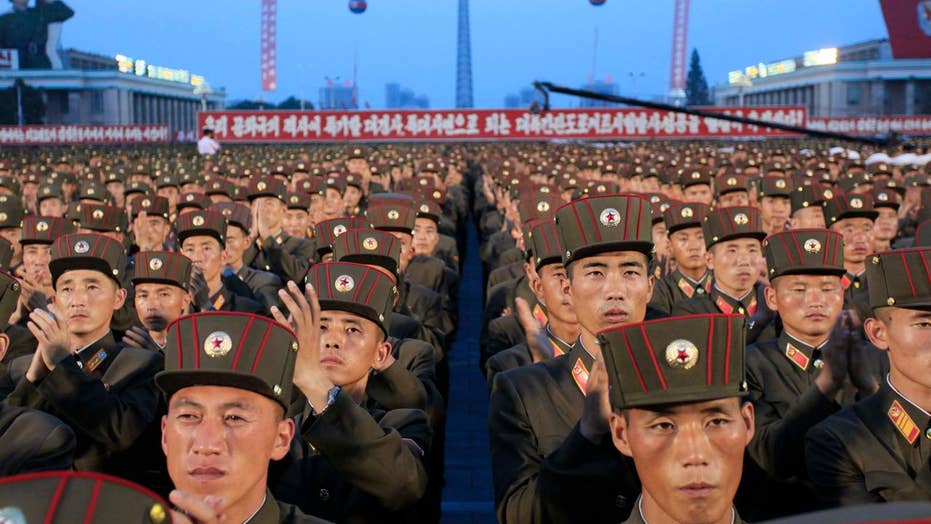 North Korea’s missile and nuclear advances have vaulted the reclusive country to a top-level security priority for the Trump administration.  On July 4th, while Americans celebrated Independence Day, the Democratic People’s Republic of Korea test-launched its first intercontinental ballistic missile (usually considered with a range of at least 5,500 kilometers or 3,420 miles).  To date, Pyongyang has detonated five nuclear explosions, of which four took place during Barack Obama’s presidential tenure.  The prospect of ocean-crossing projectiles being mated with nuclear warheads has sparked a new and heightened urgency for Washington and its allied governments in Japan and South Korea.

As expected, the riveting fear of a missile-borne nuclear explosion in San Francisco in the not-too-distant future has conjured up lots of rattle-brained counter-measures, some leading to a land war to eliminate North Korea’s ominous nuclear saber-brandishing.  This school of thought advocates airstrikes to take out the DPRK’s nuclear-launching facilities.  But since the North adopted fast-fueling solid propellants for its rockets, there is much less time to find and fix targets that formerly required several hours to off-load liquid fuels to missiles on launchers that were sitting ducks. Additionally, the North Koreans adopted road-mobile launchers that can be moved around the country, presenting a greater challenge to locate targetable missile carriers.  Even luckily destroying some ready-to-launch missiles on the ground would not end the threat Pyongyang poses from secret firing sites.

As expected, the riveting fear of a missile-borne nuclear explosion in San Francisco in the not-too-distant future has conjured up lots of rattle-brained counter-measures, some leading to a land war to eliminate North Korea’s ominous nuclear saber-brandishing.

Pre-emptive air attacks on North Korean soil almost certainly would trigger a massive land war, as the North’s military unleashed its artillery and mobile-rocket launchers just over the boundary line that divides the Korean Peninsula into two states—North and South Korea. The two countries are separated by a two-mile wide Demilitarized Zone set down after the 1950-53 Korean War, which stopped with only an armistice, not by a formal peace treaty, meaning the two are technically still at war.  Each side of the DMZ is dotted with massive armaments, as both countries stare at each other eyeball-to-eyeball, never blinking lest the other interprets it as weakness.

Defending the Republic of Korea (the South’s formal name) are some 28,000 U.S. troops, a contingent stemming from the Korean War, which saw 33,000 Americans fall defending the sovereignty of the ROK against the DPRK’s invasion that was buttressed by hundreds of thousands of Chinese infantry.  Hostility along the DMZ never diminished since the war, and the heightened tensions easily could re-ignite a second round of the distant conflict.

What must Donald Trump do to deal with a nuclear-arming and missile-perfecting North Korean menace?

First, President Trump, who has acted prudently (much to the chagrin of his shrill critics in the media), must avoid stumbling into a Peninsula war that some voices are calling for.  Make no mistake: the United States and its South Korean allies could smash to smithereens the North Korean antiquated armed forces.  But despite its general unpreparedness for 21st -century warfare, it would kill many thousands of people in greater Seoul with its 20 million inhabitants before being brought to heel by U.S. and ROK forces.   Plus, another Korean War would likely see a repeat of China’s intervention so as to block an expansion of American influence in a defeated North, risking a major power collision.

A new Korean War would net the United States nothing except many American combat casualties and huge financial expenditures to rebuild the North and parts of the South.  In short, the U.S. victory would be a Pyrrhic one.   Ruling out war or preemptive military strikes against DPRK, what can the Trump White House do?

Soon after taking office, the Trump administration tried to induce China to rein in its wayward ward by curtailing it trade, financing, and diplomatic cover with the DPRK.  It was the right thing to attempt, if for no other reason than to silence critics who said it should be tried.

But it is now clear that Beijing is unwilling to exert pressure on its fraternal communist ally.  North Korea could never have achieved its current nuclear and missile development without Chinese assistance.  Accordingly, Trump’s Department of Treasury has leveled sanctions against one Chinese bank, a business, and two individuals for their support of the North’s escalating threat.  Washington also showed its displeasure with China by recently sending two U.S. Navy warships into the South China Sea, which Beijing claims as its own lake.

A response to China’s creating and militarizing islands in the Spratly Island chain is worthy in its own right to offset Chinese hegemonic South China Sea claims. But coupled with U.S. sanctions on Chinese entities it signals an end to the Obama administration’s weakness.

It behooves the Trump administration to double-down on comprehensive secondary-sanctions on China’s financial and industrial institutions that enable North Korea to stay economically afloat and to test-fire missiles and atomic weapons by supplying technical components.

Next, the United States must strengthen its anti-missile defenses in the Western Pacific, particularly military bases on Hawaii, Guam, and Japan as well as South Korea.

Opening talks with Pyongyang to achieve North Korean de-nuclearization will not succeed.  The DPRK hungers for a nuclear armory; it will not surrender its gains for promises of aid, peace, or international acceptance any more than the Soviet Union would have abandoned its beginning nuclear buildup during the 1950s.

Powerful defensive and offensive weapons aimed at North Korea afford the United States the strongest deterrent against an adventurist regime.  During the Cold War and after, Washington stared down the Soviet Union, China, and then Russia, which possessed many more lethal nuclear arms than North Korea.

In sum, mounting sanctions on China and North Korea and boosting deterrence offer a realistic means to contain the nuclear dangers arising from Pyongyang.

Thomas H. Henriksen is an emeritus senior fellow at the Hoover Institution, where he focuses on American foreign policy, international political affairs, and insurgencies. He specializes in the study of US diplomatic and military courses of action toward terrorist havens in the non-Western world and toward rogue regimes.