Weeks after Russia invaded Ukraine, consensus forms about the pulse of the war and even the contours of an eventual armistice.

Vladimir Putin bet wrongly that an attack would be relatively painless. Ukraine proved no repeat of his earlier invasions of Georgia, Crimea and eastern Ukraine.

Instead, Ukrainians under President Zelenskyy clawed back, astonishing the world. Nations ostracized Russia—due to the one-man shaming and shrill badgering from Zelenskyy.

The much-vaunted Russian military grows dispirited. It likely cannot defeat, much less occupy, a country the size of Texas.

A sleepy West re-awoke, even if only temporarily. Europe promises to produce more gas and oil and import less from Russia.

NATO members claim they will up their defense budgets. The West is mustering impressive financial power in ostracizing Russia, morally, economically, financially and culturally.

Putin grows shriller, more desperate. His war is stalemating. That is a fatal combination once millions of strapped Russians suffer economic ruin for Putin’s needless misadventure.

The now-hated Russian military resorts to familiar fallback strategies of razing cities while blocking food and power supplies to civilians.

That medieval solution won Russia the Chechnya war. For Putin, what cannot be annexed must be destroyed. But a much larger, autonomous Ukraine is not so easily turned into Carthage. Zelensky’s crusade is now the cause célèbre of much of the world.

A conniving China is hedging. It thought a defeated Ukraine would humiliate the West. Russia would supposedly offer China a fait accompli blueprint for a similar quick victory in Taiwan.

Russia would supply discounted natural resources and food to China in return for pricey financial and economic help in circumventing Western sanctions.

Instead, Putin is becoming a smelly albatross around the neck of even his most cynical would-be allies. 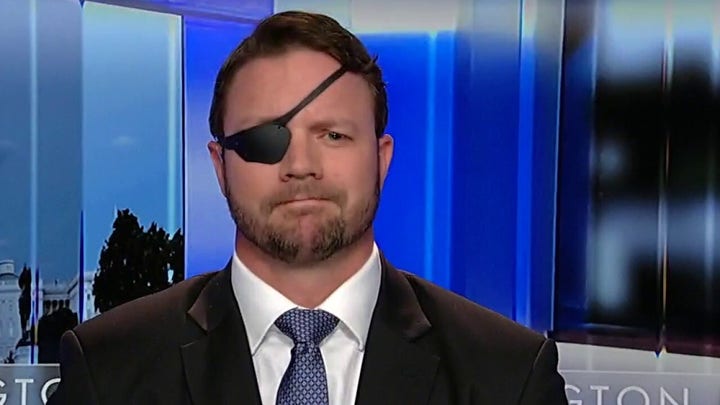 Russia cannot close Western resupply routes from four NATO countries. Open borders are the historical bane of any expeditionary force. The U.S. learned that in Korea, Vietnam, Iraq and Afghanistan.

It all depends on the battlefield and staying confident while calm.

The West must tiptoe through the minefield of upping aid, while avoiding no-fly-zones, sending "advisors" into Ukraine, or crazy talk of "assassinating" Putin. It cannot allow a wild, wounded Putin pretexts for a potentially nuclear confrontation.

America has swept into war fever. But it must cease its asinine demonizing of the entire Russian people. We become reprehensible McCarthyites when we call some American skeptics of U.S. policy "traitors."

Russian President Vladimir Putin takes part in the launch of a new ferry via a conference call at the Novo-Ogaryovo residence outside Moscow on March 4, 2022. (Andrei Gorshkov, Sputnik, Kremlin Pool Photo via AP)

Nor can Americans be swept away by the rockstar Zelensky’s demand for virtual U.S. intervention inside a former Soviet republic. American and Ukrainian security interests are not always identical.

Instead, if the West vastly increases military and humanitarian assistance, and if Ukraine can hang on until global sanctions squeeze an anemic Russian economy into depression, then a cornered Putin will talk.

But he will negotiate from a position of diminishing advantage. Gone will be his original vision of turning the huge former republic into a vassal dependency. 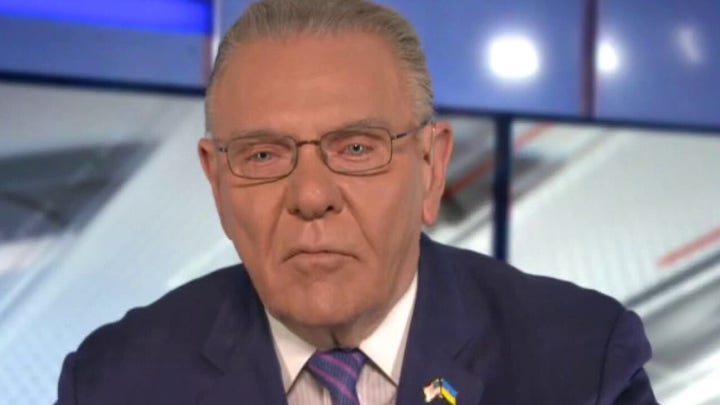 Zelenskyy could quietly concede that it is not in Ukraine’s own interest to join NATO.

Kyiv might instead enter the European Union. Zelenskyy can insist as a sovereign nation Ukraine certainly will rearm.

It could cede some small areas of Russian-speaking eastern borderlands as a face-saving sop to Putin. Zelenskyy could agree to an international plebiscite for the population of occupied Crimea.

Even a temporary agreement with Putin, whether or not the UN or outside parties pose as guarantors, ultimately cannot be enforced.

But the point is to stop the destruction of Ukraine now—but on terms that will enhance the creation of Ukrainian deterrence with Western help to discourage another Russian invasion.

The dismantlement of sanctions could be calibrated only by Russian progress in meeting its agreements.

The West must tiptoe through the minefield of upping aid, while avoiding no-fly-zones, sending "advisors" into Ukraine, or crazy talk of "assassinating" Putin.

Without some of its eastern breakaway borderlands, but with EU membership, Ukraine would grow closer to Europe.

The model would be similar to a postwar non-aligned Austria and Finland, or Western but neutral Switzerland. Kyiv then would not be a military threat to Russia, but more an asset than a liability to the West.

A delusional Putin will find his postwar Russia poorer. He will become more isolated and weaker.

But Ukraine could in time emerge in a better position despite massive damages and thousands of tragically lost and ruined lives.

The survival of an outmanned and gutted but gallant Ukraine, hope for a revival of a postmodern West, possible strengthening of NATO, the growing isolation of Vladimir Putin, a wake-up to the dangers of reckless green extremism, and new consensus on the folly of empowering communist China—that would all mark victories that no one imagined less than month ago.

Such light in the present darkness is not assured but at least now possible—thanks mostly to nameless heroic Ukrainians and their defiant leader who have never given up.