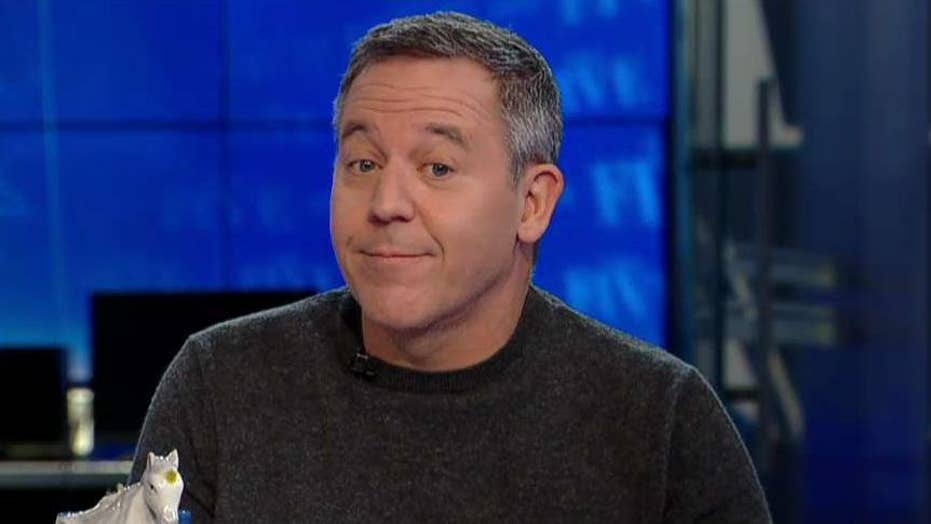 Gutfeld on the Trump obsession at the debate

It’s good to focus on your opponent. But this went beyond creepy, like a cult formed around the exorcism of a giant demon shaped like a tweet.

They spent so much time fretting about the other guy. It was like a rehearsal dinner where everyone there talks about the bride's old boyfriend. He loomed large, they felt tiny.

But if you took Trump’s personality out of the mix, they'd have nothing to say. Nothing about his achievements on jobs, economy, peace. Because those are good. Which is why they had to stick to a game of "who hates Trump more."

Of course, CNN set the whole thing up with its first question about impeachment. No surprise since that's Jeff Zucker’s meal ticket.

Some reasonableness did show through. Briefly.

"If impeachment is driven by these hyper-partisan interests, it will only further divide an already terribly divided country," said Rep. Tulsi Gabbard of Hawaii.

That was nice. But when you have 12 people all fixated on one adversary, suddenly they become a fraction of him. Brave but small. The magnificent seven dwarfs, almost times two.

Their obedient answers to CNN’s direction reduced them to bumper stickers and T-shirts, not people. They were good boys and girls reciting today's lesson. Which only made the enemy more interesting.

Trump is now right up there with punk rock, rap music and Elvis's hips. They say it’s bad for you only because they wish they had a little bit of that mojo for themselves.