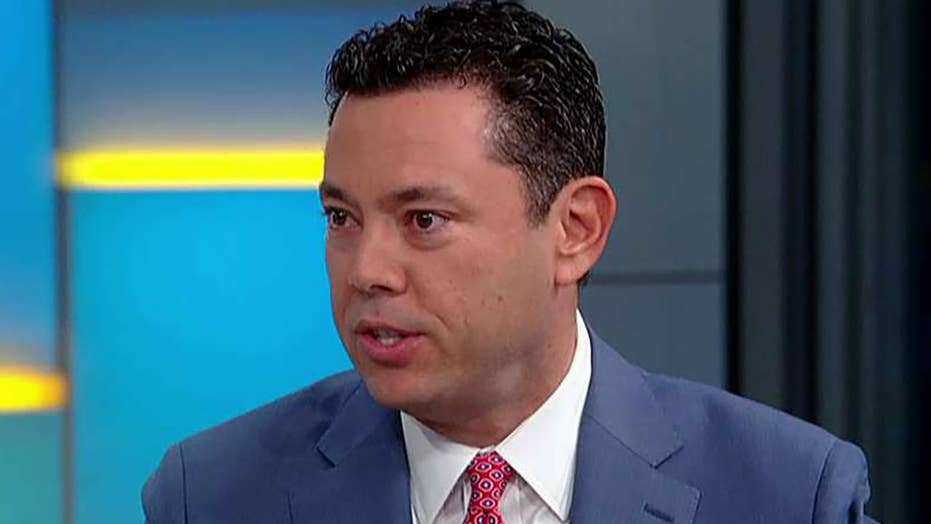 After the mass shooting in Dayton, Ohio, Fox News contributor Jason Chaffetz argues that law enforcement should have access to juvenile records to prevent more violence.

The mass shooter in Dayton, Ohio who was killed by police early Sunday after he shot nine people to death and wounded more than a dozen fit the now-familiar profile of the troubled youth with a well-documented history of threats dating back to high school.

The Dayton gunman had a "kill list" and had interacted with law enforcement as a minor, authorities said.

They are not alone. The pattern of mass shooters whose violent rhetoric began as minors is not new. But once these kids reach that magical age of 18, no background check will detect the red flags that signal the potential for violence.


The time has come to change the way we deal with the records of troubled juveniles once they legally become adults. No longer should we simply expunge information symptomatic of violence that may be yet to come.


The time has come to change the way we deal with the records of troubled juveniles once they legally become adults. No longer should we simply expunge information symptomatic of violence that may be yet to come.

Every high school has students who are sometimes immature, easily triggered, or who simply make big mistakes. But beyond the typical drug and alcohol infractions, truancy issues, or fights in the parking lot, there are kids with much more serious issues.

These are students who issue explicit threats, engage in violence, torture or kill animals, assault a parent or sibling, or engage in a host of other more heinous acts of aggression.

In some cases these students suffer from mental health issues that make them fundamentally incapable of distinguishing right from wrong – and their parents, school officials and law enforcement officials often know it.

At what point do such behaviors become too serious to erase? If these problems manifest in adults, they can show up in a federal background check.

Last year President Trump signed into law the Fix NICS Act to ensure states submit information to an FBI database in a timely manner involving individuals who are prohibited from owning a firearm.

But what about students who were minors at the time of their infractions? They don’t show up in that database. They should.

The ability of such kids to legally purchase a firearm on their 18th birthday should be delayed until their case can be further adjudicated, if requested. Society could later consider restoring the constitutional right to bear arms, but only after review by a judge or some period of time (perhaps 10 years) passes with no additional infractions or serious mental health red flags.

We should debate where to draw the lines, but the notion that all is erased at the age of 18 no longer makes sense.

Unlike many current gun control proposals, which do not address the causes of previous mass shootings, rethinking the way we manage juvenile disciplinary and mental health records could stop future would-be shooters from legally obtaining weapons.

Let’s also recognize the need to enforce the current laws. All too often “prosecutorial discretion” hampers the pursuit of gun cases, because the courts are clogged and convictions of gun crimes don’t build the resumes of prosecutors looking to advance their careers.

We need to enforce our laws and create a record for violent criminals. If a violent criminal record is erased when juveniles turn 18, they can pass a criminal background check they have no business passing.

Let’s also not pretend we are just one gun law away from stopping the next mass shooter. In every shooting there are many factors contributing to the breakdown. Government can address some of these factors, but not all of them. Government alone is not going to solve this.

Our society has some deep soul searching to do to appreciate that a moral society, coupled with individual freedoms, is what will make our country safer.

Though President Trump has already signed into law some meaningful reforms addressing rampage violence, there is more we can do. With so many young adult shooters having manifest violent tendencies as minors, we can do more to identify violent kids and prevent them from legally accessing guns when they turn 18.


Jason Chaffetz is a Fox News contributor who was the chairman of the U.S. House Oversight Committee when he served as a Republican representative from Utah. He is the author of the upcoming book “They Never Let a Crisis Go to Waste: The Truth About Disaster Liberalism.”