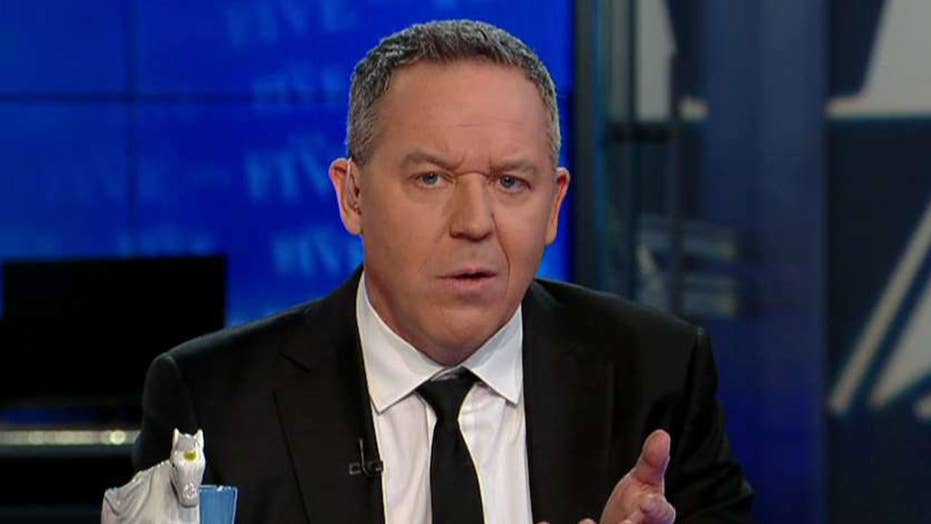 Gutfeld on the impeachment circus

Prepare to get your minds blown with eye-popping testimony!

Congratulations, Rep. Adam Schiff, D-Calif., you found something that made the Mueller hearing look sexy.

A witness who witnesses nothing. Hearsay based on hearsay. A bloated spectacle designed to turn a phone call into a crime.

If only we could see this coming.

I guess they all got the same email from CNN President Jeff Zucker.

So the guilty verdict comes first, which brings us to this lame show trial. It’s aimed at ginning up public fears about the next “worst thing ever” that never happens, because this is never about what Trump has done. It’s about what he “could” do.

This whole thing is a crappy horror movie scripted by Democrats for the media, with Schiff and his bunch playing the bug-eyed zombies.

But for a horror movie to be good, we have to believe it’s at least possible. And not already know how it’s going to end.

No, you dopes. That’s called leverage. Using it on behalf of your country is Trump’s job, especially when he couldn’t trust anyone else to do it. Every day we heard of people trying to stop him, so what do you expect?

And how could we have a presidential candidate whose son is beholden to Ukraine and China? If Trump hadn’t investigated, that would have been impeachable.

Trump broke no laws. He may bend the rules a bit, but only because he has to do it, since the media and Democrats write the rulebook.

That’s why this impeachment spectacle is just a repeat of the collusion spectacle. A mysterious source triggers a massive investigation that goes nowhere. We've seen it. We've done it. We've paid for it.

Skip it and show up next November. Give these clowns a hearing they'll never forget.