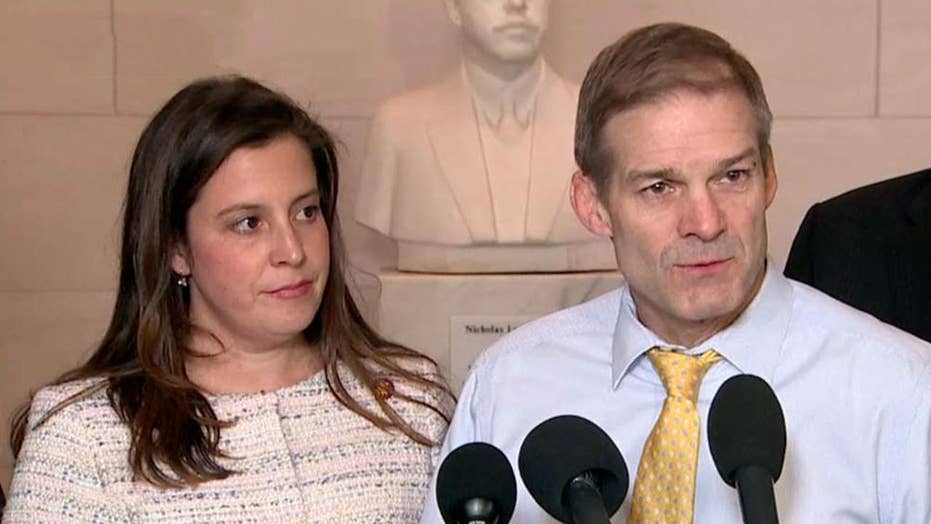 The House Intelligence Committee’s impeachment hearing Wednesday posed a conundrum. Better yet, let’s call it a riddle. When is a “quid pro quo” not a “quid pro quo?” The answer is … when it’s “presumed.”

So, how did the ambassador arrive at his opinion that a “quid pro quo” must somehow exist? It turns out that he assumed or “presumed” it. At one point, he called it a mere “guess.”

The trouble with presumptions and guess-work is that they are often unreliable and sometimes quite wrong. Assumptions and suppositions, by their nature, can be risky and foolish. We should trust only in what we know that is derived from facts. This was the fatal flaw in Sondland’s narrative.

Here is what we actually know: Nowhere in the July 25 telephone call between President Trump and Ukrainian President Volodymyr Zelensky is there evidence of a demand, threat, condition or pressure for a “quid pro quo.” None. That is a demonstrable fact, as proven by a transcript of the conversation that the White House released to the public. Read it for yourself.

There is no mention of military aid in exchange for an investigation into either election meddling by Ukraine in 2016 or a potential corrupt act by former Vice President Joe Biden. Indeed, the U.S. financial assistance was delivered to Kiev and there was no investigation launched.

The ambassador confirmed this exculpatory statement Wednesday. It was nearly identical to what he said in his earlier deposition when he testified that the president told him: “I want nothing. I don’t want to give them anything and I don’t want anything from them.” Sondland then elaborated by stating: “He (President Trump) kept repeating no quid pro quo over and over again.”

Yet, throughout his testimony Sondland seemed to oscillate wildly from contradiction to confusion to vacillation. He conspicuously omitted from his lengthy opening statement what proved to be the most stunning revelation of all. He told the committee: “I never heard from President Trump that aid was conditioned on an announcement” of investigations.

Here is the important exchange:

Question: Did the president ever tell you personally about any preconditions for anything?

Question: OK. So, the president never told you about any preconditions for the aid to be released?

The counsel for Republicans seemed dumbfounded that the ambassador would bury the lead. Rep. Jim Jordan, R-Ohio, was more direct. He mockingly suggested that Sondland’s omission was a deliberate attempt to hide direct evidence that exonerates the president, while emphasizing Sondland’s presumptive illusion of wrongdoing.

Despite the president’s repeated denial of a “quid pro quo,” how did Sondland reach a contrary conclusion? Sondland surmised it.

While other witnesses have relied on a gossip chain of hearsay and conjecture, the ambassador appears to have invested himself in little more than a hunch. This, of course, was warmly embraced by the mainstream media mob. Consider the devastating cross-examination by Rep. Mike Turner, R-Ohio:

Question: If you pull up CNN today, right now, their banner says “Sondland ties Trump to withholding aid.” Is that your testimony today, Ambassador Sondland? Because I don’t think you’re saying that.

Sondland: I think I already testified.

Question: So you really have no testimony today that ties President Trump to a scheme to withhold aid from Ukraine in exchange for these investigations.

Throughout four days of tortured hearings, Americans have been force-fed the gruel of speculation, interpretation, opinion, multiple hearsay, and now “presumptions.”

This is impeachment by rumor and innuendo. And that is no presumption.