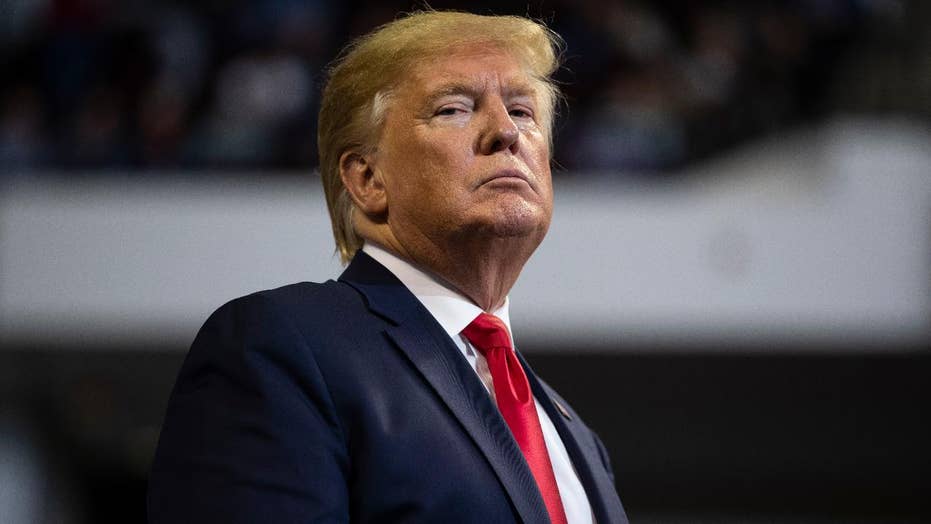 If you are in need of more evidence as to why so many Americans are cynical about politics in general and Washington in particular (and isn’t current evidence sufficient?), you need look no further than the etymological shift taken by Democrats during the House impeachment hearings.

Reports have indicated the decision to replace “quid pro quo” with “bribery” when speaking of President Trump’s phone call to Ukraine’s president came from focus groups conducted in key battleground states. Among the questions asked of people was whether "quid pro quo," "extortion" or "bribery" was the best description of the president’s alleged conduct. The groups found "bribery" to be the most descriptive and "damning."

Armed with their talking points, Democrats at the House Intelligence Committee hearing, across the country and on TV programs, began using the word "bribery." Listening to some of the montages compiled by conservative media is hilarious. It is straight out of “newspeak” in George Orwell’s novel, “1984,” which the author said was “designed to diminish the range of thought.”

MIKE HUCKABEE: DEMOCRATS' TRUMP IMPEACHMENT THEATRICS A SIGN OF THEIR GROWING DESPERATION — IT'S NOW A PARODY

This represents the death rattle of a party once known for promoting big ideas. Last week, the stock market achieved another record high, the Dow Jones Industrial Average topping 28,000, fattening the savings of current and future retirees.

If government is the solution, how much more money does it need to solve problems and why haven’t those problems been solved by now?

While not everyone is invested in the market, when companies make money, they tend to hire more people. It is why unemployment is at record, or near record, lows and the number of employed at record highs. Anyone wanting a job can find one, if they are willing to accept an entry-level position and work hard to move up. Many companies offer education benefits to their employees.

Democrats are desperate to get rid of the president (though the Senate will never convict him), because one more term of prosperity, especially for minorities, who have mostly been tied to their party, could mean a shift in loyalty. If that shift in African-American voters from Democrat to Republican is even as small as 10 percent, Democrats would be doomed in 2020 and possibly beyond.

Success is a better and more motivating theme than envy, greed and entitlement, as promoted by Sens. Elizabeth Warren, D-Mass., and Sen. Bernie Sanders, I-Vt. The Wall Street Journal reported that under Warren’s "Medicare-for-all" scheme, some would be taxed above 100 percent and that her proposals are so grandiose her “wealth tax” would fall far short of paying for it all.

Given the poor stewardship of the federal government with the record amounts of tax dollars it already receives, why does anyone believe sending more money to Washington and placing additional tax penalties on successful people would suddenly mean politicians might become fiscally responsible?

If government is the solution, how much more money does it need to solve problems and why haven’t those problems been solved by now?

It’s all a sham and a scam. We hear the same rhetoric every four years, especially about the wealthy and successful needing to pay their “fair share.” Democrats never tell us what they mean by fair, but it appeals to the envy and class warfare their party promotes.

America is a land of opportunity, not guaranteed outcome. There are more opportunities than ever for a good education, good jobs and so many other things that make the country unique.