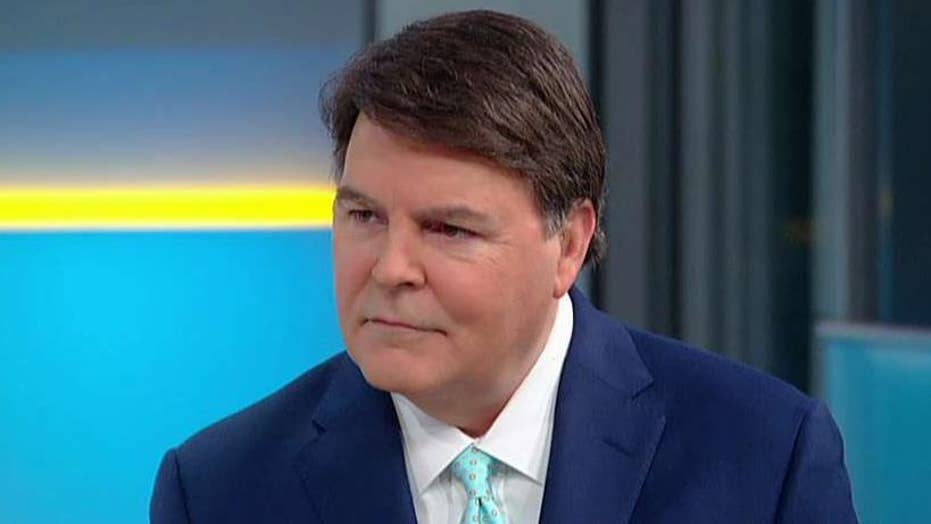 Editor’s note: Gregg Jarrett's forthcoming book is "Witch Hunt: The Story of the Greatest Mass Delusion in American Political History" This is the second in a series of excerpts.

American citizens have a right to know what their government is doing. That is the law. The FBI routinely ignores the law.

Roughly 50 years ago, Congress grew fed up with federal agencies like the FBI operating in the shadows of secrecy. Without public scrutiny, there was no transparency and accountability. Rogue operators could act outside the bounds of the law and conceal their insidious actions under the cloak of confidentiality.

A new law was passed called the Freedom of Information Act (FOIA). For the first time, any person could request access to documents or records controlled by the U.S. government.

It is through this Act that the veil of secrecy has been pierced in the Trump-Russia “collusion” case. The illicit schemes intended to frame Trump as a Russian agent have been exposed, in no small measure, due to the relentless pursuit of FOIA lawsuits.

Wait… why lawsuits? Because federal agencies, such as the FBI, reflexively deny nearly all FOIA requests even though the vast majority of them are completely legitimate.  These improper rejections force the soliciting party to sue in federal court.  It takes a judge to order the FBI to cough up what the law demands.

The most recent example occurred just days ago when the watchdog group, Judicial Watch, finally convinced U.S. District Court Judge Christopher Cooper to order the FBI to search its records for any communications with Christopher Steele, the maladroit ex-British spy who composed the specious anti-Trump “dossier” that was commissioned by the Hillary Clinton campaign and the Democratic National Committee to torpedo his candidacy in 2016.  At the time, Steele was also on the bureau payroll as a confidential informant.

James Comey’s FBI exploited the uncorroborated “dossier” to launch its criminal investigation of Trump while masquerading the probe as a counterintelligence operation. The phony document was then manipulated to hornswoggle the Foreign Intelligence Surveillance Court (FISC), which issued a warrant to spy on Carter Page, a former Trump campaign adviser. These malevolent machinations would never have come to light without numerous FOIA lawsuits, as well as the sedulous work of the House Intelligence Committee under former chairman Devin Nunes.

The most recent FOIA action underscores the arrogance of the FBI and its contempt for the law. In March of 2017, the FBI would not even “confirm or deny the existence of records” when the initial FOIA request was tendered. Now, two years hence and after an untold amount of litigation expense, the bureau is forced to do what it should have done long ago –produce the records that surely exist. Comey is no longer in charge, but his replacement, Christopher Wray, is his equal when it comes to hiding evidence of potentially corrupt acts.

At its core, Steele’s “dossier” was based on little more than multiple hearsays from supposed Russian sources who were largely anonymous.  It is quite possible that these unidentified sources never existed at all or, in the alternative, the ex-spy was fed Russian disinformation to the amusement of the Kremlin.  Senior FBI officials well knew the sketchy provenance of the “dossier” and the mutable character of its author. Indeed, they were warned. They didn’t care.

They also knew that the accusations contained therein were so dubious and unverified that they could never be used in court or to initiate a formal investigation of its target.  Yet, undeterred by the constraints of law, the FBI used them anyway.

In essence, the outlandish rumors fueled by partisan enemies of Trump and the lawlessness of the FBI invented the biggest political “con” of all time –a deliberate deception that managed to dominate and, to some extent, disable the Trump presidency.

Steele did not work alone.  His carefully cultivated false narrative of Trump-Russia “collusion” was engineered by hired surrogates of Clinton campaign and Democrats, namely Glenn Simpson, the founder of a company called Fusion GPS, which marketed itself as an opposition research firm.

With clever calculation, Simpson and Steele hustled their “dossier” to the media and Clinton allies in the upper echelons of government, with the FBI as the ultimate receptacle for all phony information. Simpson would later clam up by invoking his Fifth Amendment right against self-incrimination when subpoenaed to testify before congress.

By any reasonable standard, the “dossier” was a ludicrous document on its face and the FBI surely knew it. They assigned undercover agents to infiltrate the Trump campaign to gather compromising evidence to confirm it. This effort fizzled, as did the FBI’s offer to Steele of a $50,000 bonus, if only he could verify the contents of his memo. No payment was made since it was impossible to verify the fable he had composed. He later admitted that it was merely “raw intelligence,” and in court documents he discredited its veracity. It was junk.

None of this impeded Comey’s FBI or President Obama’s justice department. Weeks before the presidential election, they misused the unverified “dossier” as the basis for a “verified” warrant application from the FISC to wiretap a one-time Trump campaign adviser, boldly asserting that he was a Russian spy. He was not. Vital evidence was concealed, the judges were deceived, and the court was defrauded.

It was never informed, for example, that the “dossier” was funded by the Clinton campaign and that its author had been fired by the FBI for leaking and lying.  Instead, the FBI and DOJ vouched for the credibility of their “source,” even though he was not a source at all.

Steele assembled uncorroborated information from anonymous sources with whom the FBI had no contact whatsoever.  After a year-long surveillance, no evidence of “collusion” was collected and the supposed “spy” was never charged with anything at all.  His Fourth Amendment rights were egregiously violated.  Other Trump associates also appear to have been the target of intensive secret surveillance.

The strategy to dismantle Trump’s bid for the highest office was dependent on proliferating the erroneous and lurid story that he was a modern-day “Manchurian Candidate” or “Putin’s Puppet.”

When it did not gain the desired traction and the Republican nominee was elected, his enemies doubled-down on the scheme to portray Trump as a Russian stooge who would betray his nation once he set foot in the Oval Office.

The strategy to dismantle Trump’s bid for the highest office was dependent on proliferating the erroneous and lurid story that he was a modern-day “Manchurian Candidate” or “Putin’s Puppet.”

A complicit media was all too willing to convict Trump in the court of public opinion by perpetuating these calumnies without bothering to honestly examine either the relevant facts or applicable law. In other words, they refused to do their jobs.

Once the “dossier” was leaked, the Trump-Russia phantasm ignited a public firestorm. Unfounded allegations that the president was in league with Putin served as rich fodder for endless stories, commentary, and denunciations on Capitol Hill and the compliant press.

This was precisely what the progenitors of the lie had desired all along.  Within three months, Trump was fed up with Comey’s duplicity and misrepresentations.  When he fired the FBI director, the escalating witch hunt became a full-blown political maelstrom. It ended only when special counsel Robert Mueller found no evidence of a criminal “collusion” conspiracy.

Because of a FISA lawsuit, the recent federal court order will help to rip open the seal of secrecy surrounding Steele and the FBI’s unconscionable use of his fabricated “dossier.”

So, too, will the forthcoming report by the Inspector General at the Department of Justice. It is quite likely that criminal referrals will be sent to Attorney General William Barr and his appointed investigator, U.S. Attorney General John Durham.  It may have happened already.

A reckoning with justice awaits.