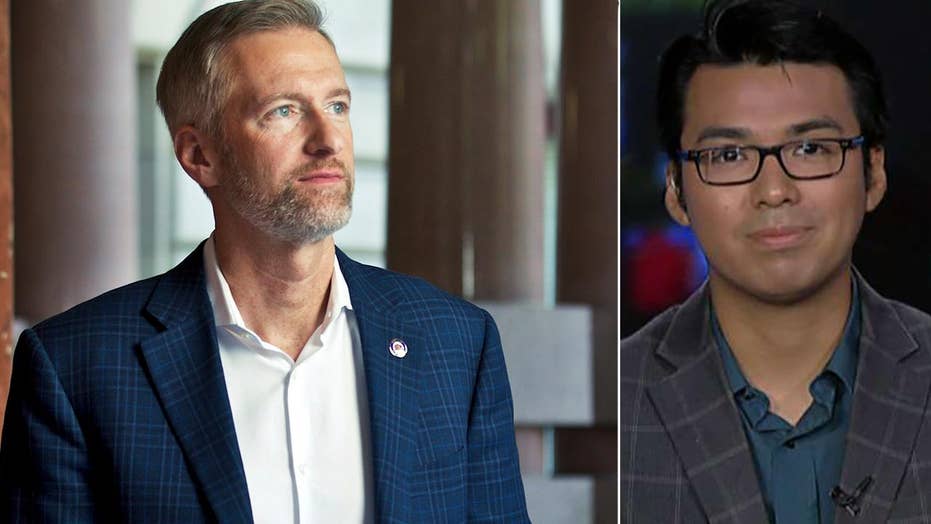 Over the last weekend, Portland once again became a battleground for two extremist organizations: Antifa and the Proud Boys. There is still more video coming out, but so far, Antifa is proving to be just as vicious and demented as ever. The last time Antifa organized in Portland, journalist Andy Ngo was the only person who was attacked, but the more recent rally proved to be far more violent. Enough is enough: it’s time to designate Antifa a domestic terrorist organization.

Make no mistake, the Proud Boys are a hateful, neo-fascist group. But our First Amendment protects the free speech rights of all Americans and our nation cannot tolerate the violence and intimidation Antifa is increasingly unleashing on those they disagree with — and innocent bystanders — from coast to coast. The people of Portland and communities across America deserve better from our government leaders.

We've seen the city of Portland take some measures to take the threat posed by Antifa seriously. The city has prepared 1,000 officers to combat its political violence. Yet, It is not enough. One video that surfaced shows Antifa thugs trying to pull people out of a bus to beat them. Antifa snatched a hammer originally used by the people inside the bus for self-defense and threw it inside. Antifa threw rocks at other buses and broke several windows while they tried to drive away.

In another video, a photographer is assaulted and harassed by an Antifa mob which surrounded him while one of the Antifa members is heard saying, “Death is coming to your doorstep.”

Despite all this, Portland Mayor Ted Wheeler categorized the protests as “largely peaceful”, and Tweeted that he is happy that no one died as a result. That’s certainly an odd view of peaceful and a low bar to set for what we will tolerate in our communities.

Today, Antifa is far more aggressive and violent than it was when I was involved nearly a decade ago. The bottom line is that Antifa is as strong, bold and violent as it is because we’ve taken it lightly for too long.

Our society needs more than a city’s law enforcement to face the threat of Antifa. A domestic terror designation will help us combat Antifa by giving resources to our law enforcement to proactively track Antifa’s activities instead of merely responding to the group's events.

But I can also speak from personal experience that calling Antifa what it is – a terrorist group – would go a long way in dissuading people from joining. Antifa stands for Anti-fascist, which sounds like a good and noble cause. I got involved at the age of 16 because I wanted to be a part of fighting for a better world. Its name certainly implies that Antifa does just that. While I quickly realized that Antifa was just the opposite and stopped participating, I regret that I was involved in the first place.

I am certain I would never have joined a group that the U.S. considers a terrorist organization, and I am confident that many other idealistic young people would have the same reservations. Unfortunately, once they become involved, the risk of getting sucked into the distorted cause and mob mentality is high. When our government leaders voice that the behavior we have seen in Portland is acceptable, young people will learn that it is an acceptable way to express political views.

We've seen countless examples of reckless rhetoric come from professors and lecturers at our nation's universities. One professor at the University of Wisconsin-Whitewater wrote an op-ed claiming Antifa is an expression of self-defense. How someone could think that hurting reporters and inciting riots are forms of self-defense is baffling. Giving Antifa a proper label could be effective in counteracting the influence of these professors.

Labeling Antifa a domestic terrorist organization would also help colleges and universities take action when Antifa strikes. Right now, we're watching the University of Texas-Austin to see how it protects incoming freshmen who have been threatened by an Antifa group with doxing if these students join conservative groups. We cannot accept these kinds of threats and attacks but, without the designation it’s difficult for universities to effectively respond.

Today, Antifa is far more aggressive and violent than it was when I was involved nearly a decade ago. The bottom line is that Antifa is as strong, bold and violent as it is because we’ve taken it lightly for too long. The acts of fear and intimidation are not new. They are only another chapter that illustrates Antifa's willingness to maim political opponents.

Antifa behaves like a terrorist organization because it is one. It’s time for to call it what it is.