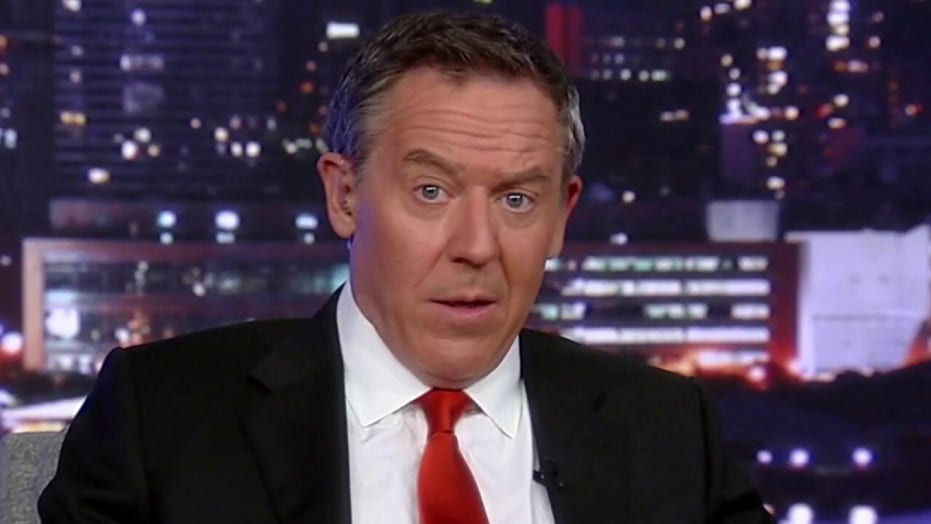 Gutfeld: Big brother is easing you into becoming their informant

'Gutfeld!' panel reacts to students saying they aren't proud to be American and Facebook's newest policy

Now, the Fourth of July, as you know, celebrates our independence from some toothless weirds. It’s quite an accomplishment to trounce an empire so 250 years later we can listen to this.

CAMPUS REFORM: Are you proud to be an American?

STUDENT: No. I feel embarrassed to be an American every day. I think a lot of things about this country are really embarrassing, just, like, I mean, racist history, colonization, even currently, just what’s going on with politics and the cops.

STUDENT: Um, not really in this climate, like, I’m a Black person, so obviously I experience a lot of, um, there’s oppression that comes with that.

STUDENT: Not most of the time. I think sometimes it’s just a little embarrassing.

STUDENT: I think that’s a complicated question for me. I think most of the time, no, at least over the past four years it’s been tricky to love to be an American.

STUDENT: Halfsies on that.

I can’t wait until she enters the real world and takes my order at Arby’s.

‘PROUD’ TO BE AMERICAN? STUDENTS STRUGGLE TO ANSWER

So, all these lovely people are embarrassed by America. But do they have any alternatives?

CAMPUS REFORM: Can you name a better country?

STUDENT: I’m not sure if I can.

STUDENT: I don’t think I can.

CAMPUS REFORM: Europe’s not a country.

STUDENT: You know what I’m saying.

Maybe the British are better off without us.

Their food still sucks, but at least they like their country.

And I know surveys like this are like shooting really stupid fish in a tiny, tiny barrel.

College is where grades don’t matter as long as you get a hammer and sickle tattoo on your but.

But hey, they’re just dumb kids, right? We can forgive them. But what happens when patriotism is considered offensive by our very own leaders.

This weekend, idiots from Maxine Watters to Cori Bush slammed the Fourth of July as nothing more than a celebration of racism.

I could read their tweets, but why.

Here’s this gist from Bush. "The freedom they’re referring to is for White people."

This raises a point. Perhaps our politicians do such an awful job because they hate America. Did you ever think about that? Their incompetence is their weapon.

Think about how easy it is to subvert a Republic.

Get elected, then rot it from within, and if anyone challenges you, well that’s racist.

Meanwhile, National Geographic marked the Fourth by tweeting that smoke from fireworks causes disproportionate harm to communities of color.

So I hope you enjoyed that Roman candle, you racist.

WASHINGTON POST COLUMNIST: IT WILL BE ‘HARDER’ TO CELEBRATE AMERICA'S 250TH BIRTHDAY

But of course, National Geographic’s virtue signal comes after decades of exploiting communities of color all over the world.

Oh, look at topless women in their natural habitat. Remember that?

When I was a young man, I assumed that every naked woman carried a basket of food on their heads.

And then, there’s the new Facebook feature that warns users when they’ve been exposed to extremist content.

Facebook asks if you know someone who’s becoming extremist, which is why this morning I ratted out every anchor at CNN.

But I did ask myself if I came across anything that seems extreme, and I did, but oddly, it’s from Facebook’s Mark Zuckerberg himself.

Have you seen anything as White as that in your life?

I mean, if riding a Hydrofoil surfboard holding an oversized American flag isn’t extremist privileged behavior, what is?

All that’s missing is the red hat, a rifle rack, and a plate of racist apple pie.

FACEBOOK WARNS USERS THEY MAY HAVE BEEN EXPOSED TO ‘HARMFUL’ EXTREMISTS

In this era, where patriotism is merely a dog whistle for hate, couldn’t one argue that any form of patriotism in an oppressive racist society is celebrating its past and therefore an example of extremism?

Zuckerberg certainly isn’t helping his own case here as he encourages citizens to narc on citizens.

And it’s working. At my Fourth of July cookout, I caught my brisket wearing a wire.

But thanks to Facebook, it’s no longer media and government policing your beliefs. They’re motivating the public to do the dirty work for you. It’s the new version of ‘if you see something, say something.’

The only difference is that something is no longer an unintended suitcase at the airport. It’s your buddy getting a ‘Don’t Tread on Me’ tattoo.

The rise of cancel culture isn’t a mistake. It’s bad on purpose.

The fear of losing one’s job over something you said, that’s intended. So that fear self-polices your own words. You don’t need a government to do it when your fear silences you and debate mysteriously disapp[ears.

When the world’s largest social media platform asks you to narc on your neighbors, it’s not just you they’re asking, but your neighbors too.

But at least real narcs point out people who actually broke the law.

So what if someone reports you?

How Stasi is that?

Big Brother eases you into becoming their informant by reminding you that "others in your situation have received confidential support."

It’s a high-tech self-made witness protection plan, only when you rat somebody out, you don’t need to change your name, grow a beard, and move to Scranton like Joe DeVito did.

You can think without repercussions.

"Take action now to protect yourself and others," Facebook says.

Let Facebook be the bad guy. They’re protecting, not you.

I remember when we were young, we were supposed to fight Big Brother, not hold hands with him. I wonder what the Angry White Male thinks.

Tom Shillue, Angry White Male: Me, well I guess I spent the holiday feeling extremely proud, extremely thankful, and extremely blessed that I was born in the greatest country in the world. Hey, I guess I am an extremist.

Alright, how about you, Angry Black Male.

Tyrus, Angry Black Male: Yes, it was the Fourth of July. Yes, we celebrated America’s independence. Yes, this country was built on the backs of men and women of all colors, creeds, to make it what we are today. So cheers to everybody.

So I hope you all had a good Fourth, but no it’s the sixth. You might want to take that flag down now, before you get reported.

This article is adapted from Greg Gutfeld's opening monologue on the July 7, 2021 edition of "Gutfeld!"