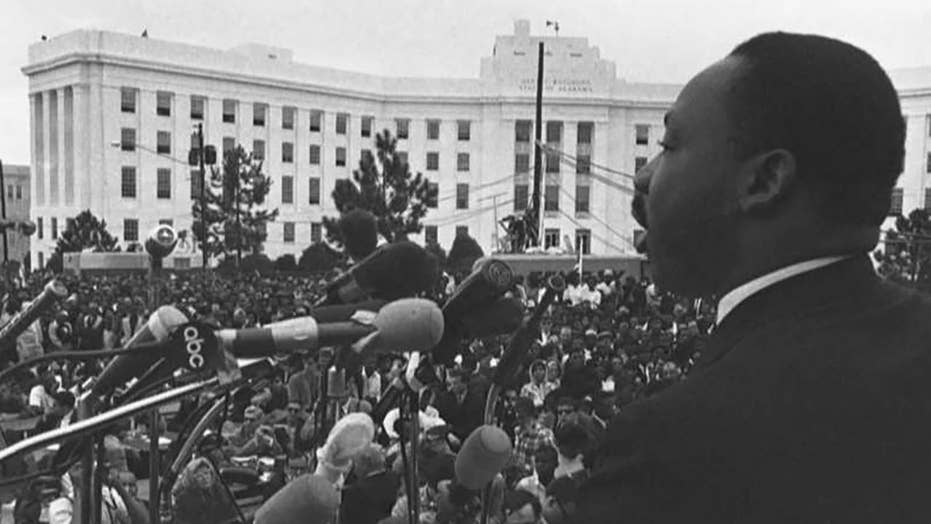 How can Americans continue to live out Dr. Martin Luther King Jr.’s legacy?

It took a while for all of America to understand the unbridled courage it took for one black leader – more than half a century ago – to lead a protest movement armed not with holsters full of hurt but stockpiles filled with hope.

I’ll never forget how good that felt, and what it meant back then to a younger generation looking to change the world.

Martin Luther King Jr. wielded the chalice of change with a surgeon’s skill and a preacher’s touch. He commanded reform by how he held himself, not by how he promoted himself. He understood compromise was not a trapdoor of capitulation, but a path to progress.

And anyone not moved by the words of his “dream” intoned on the steps of the Lincoln Memorial one hot summer day was either blinded by color or consumed by it.

When MLK was felled by an assassin’s bullet, the nation not only mourned the death of an irreplaceable leader, but also rued the feeling that protests may never again be as grand, noble or peaceful.

Fast forward to the smartphone-ready streets of America today, where protests begun with purpose have devolved into demands that reject any dissent, that substitute understanding with ultimatums, that drive us further into rancor and farther from remedies.

Enter, stage right, the mayor of Minneapolis, Jacob Frey. Instead of moving the needle on racial justice, this poster child of faux tolerance opted to stick a needle in the police. Confronted by a mob tribunal on the street outside his home, Frey himself was summarily put on trial. Either get rid of the police, they told the mayor, or we’ll get rid of you come election time.

Getting rid of first responders who willingly risk their lives to save ours is a slippery slope to danger and further wrongs.

While trying to show he’s in sync with the protesters, Frey sought to salvage credit with the rest of the community, saying he didn’t support the total elimination of law enforcement. In other words, cut police to the fiscal and manpower bone, but expect the same level of service and protection from the few left behind.

The protestors booed the mayor away that day with calls of “shame,” before settling on a new champion – the president of the Minneapolis City Council – who defended her position to completely defund the police by telling CNN a call to 9-1-1 is not a call for help but a symbol of “white privilege.”

The men and women in blue, who took an oath to serve and protect, are now being asked to protect those screaming at them, hurling projectiles at them, yelling to them they’re no good.  Yet there is comparative silence when the protesters thumb their noses at curfews or destroy stores in neighborhoods that can ill afford to lose them.

What happened to George Floyd was sickening. This kind of behavior must be dealt with directly and severely. Yet getting rid of first responders who willingly risk their lives to save ours is a slippery slope to danger and further wrongs.

In America, when things aren’t right, remonstrate and demonstrate until you grow hoarse and your feet hurt. The Founding Fathers so wanted to protect the right of citizens to protest they wrote it into the Constitution. We need to make sure that freedom, when faithfully and peacefully exercised, is wholly protected.

Yet when protests defame, deface and destroy, none should be silenced and all should be heard. “Violence never brings permanent peace,” King warned, whereas “the time is always right to do what is right.”

To move forward, to be better for and to each other, it’s time for a show of courage.

It’s time for another MLK moment.