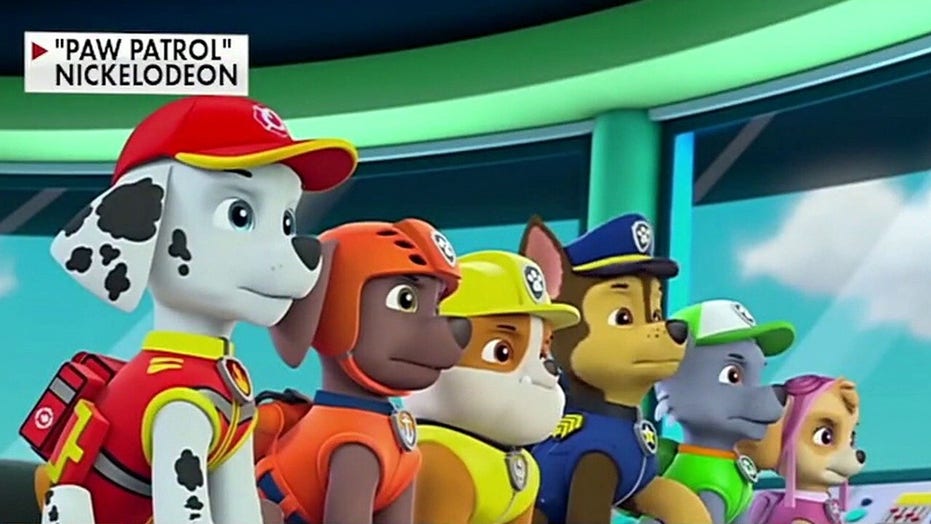 If you’re a fan of police shows on TV, last week brought some bad news. First, Paramount canceled “Cops” after a 33-year run. And then A&E dropped “Live PD,” saying “this is a critical time in our nation’s history.”

In the interest of full disclosure, I rarely watched either show. As a former New York City cab driver, I’ve had enough run-ins with cops to last a lifetime. And if I really needed to see drunk people fighting, I’d put on a “Real Housewives” episode.

The cancellations were seemingly a response to online critics who claim police reality shows further “the good cop stereotype” at a time when Americans need to know cops do plenty of bad things.

This same line of thought was used as a justification by activists who called on Nickelodeon to cancel a children’s cartoon show called “Paw Patrol” because a police dog named Chase is used to portray police in a positive light.

Which begs the question, what would they want their kids to see this cartoon K-9 doing during each shift? Should he spend all day shaking down taxpayers, making big promises to help poor communities, only to do nothing?

I think not. After all, he’s a dog, not a Democrat.

As for human police, does anyone who watched the heartbreaking video of George Floyd’s killing while in the custody of a Minneapolis police officer – since fired and charged with second-degree murder – need a reminder that bad cops exist?

If anything, the unrest that’s ensued in the aftermath of Floyd’s death May 25 and the killing of Rayshard Brooks Friday night by a since-fired Atlanta police officer make it a great time to remind people that police rarely kill anyone – particularly unarmed people of any race.

The truth is we all want criminal cops to be held accountable. This is the view expressed as well by police officers around the country and elected officials from both parties who have condemned the murder of George Floyd.

But in canceling “Cops” and “Live PD,” production companies have gone overboard in the other direction – seeming to say that any TV show that portrays police in a positive light shouldn’t be seen, because all cops are a bunch of lawless killers and racists.

According to the National Law Enforcement Officers Memorial Fund, there are over 800,000 law enforcement officers in the U.S. A total of 135 of them were killed in the line of duty last year.

If America is going to “have a conversation” as our leaders like to say, let’s make it an honest one.

As Heather Mac Donald wrote in an op-ed in The Wall Street Journal published June 2: “The police fatally shot nine unarmed blacks and 19 unarmed whites in 2019, according to a Washington Post database…. In 2018 there were 7,407 black homicide victims. Assuming a comparable number of victims last year, those nine unarmed black victims of police shootings represent 0.1 percent of all African-Americans killed in 2019. By contrast, a police officer is 18½ times more likely to be killed by a black male than an unarmed black male is to be killed by a police officer.”

This is not to downplay the significance of any death – nor is it to say that police don’t need to do better.

But we must recognize that in order for police to do better and avoid engaging in violent encounters to the greatest extent possible, we need to stop spreading false narratives that will fracture the trust between police and the black community even further. The importance of repairing that trust must be a high priority.

All of us have an obligation to engage in good-faith dialogue that recognizes the fact that police officers – including many who are African-American and members of other minority groups – have brought crime numbers to historic lows around the country and continue to risk their lives to do so.

Shows like “Cops” and “Live PD,” however grim and gut-wrenching, served a vital purpose in showing us how cops in nearly all cases try to do the right thing to protect law-abiding people of every race and ethnicity. The shows gave viewers gripping access to the raw humanity on both sides of an arrest and drove home just how dangerously unpredictable policing can be.

Even on the scripted side, Americans have always loved police shows because of our primal need to believe that good will ultimately triumph over evil.

The emotional nourishment we get from police shows has led to “Law and Order” having so many franchises that the producers should be on “Hoarders.”

If America is going to “have a conversation” as our leaders like to say, let’s make it an honest one.

In the past few weeks, a small number of criminal cops have brought this country to a series of soul-crushing lows. Millions of us are justifiably outraged and peaceful protesters are right to call for an end to police brutality.

That being said, the vast majority of police officers are “good cops” and they need our support more than ever. It goes without saying that we will always need theirs to protect us from lawbreakers.

Banishing positive portrayals of police from TV is a distortion of reality that will only fan the flames of tension between police and the communities they serve, and won’t bring us any closer to the justice we all want.