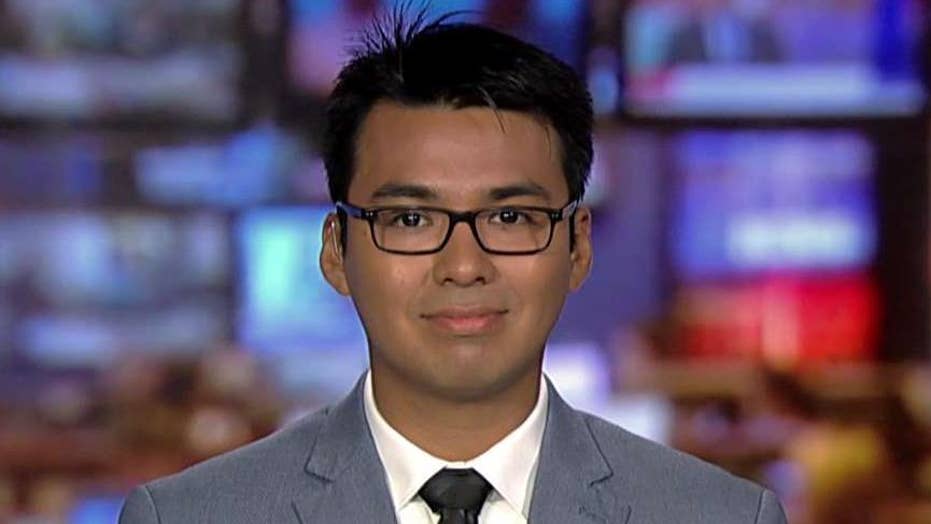 Former Antifa member: Enough is enough, the movement has to stop

The video showing Quillette reporter being Andy Ngo savagely attacked by Antifa at a demonstration in Portland, Oregon, last weekend has rocked the nation. The footage of masked thugs beating him with blunt objects and throwing “milkshakes” allegedly filled with quick-drying cement is shocking to many.

But I’m not surprised by this horrific behavior—I was once behind the mask.

I first became involved in Antifa in 2010 while I was in high school, and over the course of two years I participated in several demonstrations throughout Southern California. Although I never hurt anyone, I yelled obscenities, I destroyed property and I am ashamed of my actions. While I walked away from the movement over seven years ago, I have been following its growth and today’s Antifa members are far more brutal, thuggish and bold than anything I experienced.

How did it get to this? Antifa has been encouraged and allowed to thrive on our college and university campuses. Police are often forced to work with their hands behind their backs, as we saw from the footage of Ngo's attack, and administrators have failed to hold those who commit acts of violence and intimidation accountable. We are now seeing it spill over into our communities.

Antifa will only grow more aggressive if it is not stopped, and we must target it where is has found fertile ground—our college and university campuses.

The seeds of this violence have been planted and are encouraged by leftist professors in the classroom. Over the last few years, there has been a growing trend of extremist professors advocating for violence and intimidation to force leftist ideology onto society.

Examples can be found from coast-to-coast: Mark Bray, a visiting scholar at Dartmouth College, is a staunch defendant of Antifa's use of violence and even wrote “Anti-Fa: The Anti-Fascist Handbook,” in which he claims that ‘violence is a "legitimate response" to groups with incendiary views.’

The disgraceful event in Portland is a re-run of what’s been taking place on college campuses, where similar attacks and intimidation have been happening for the past decade.

Then there is Assistant Professor Stanislav Vysotsky at University of Wisconsin – Whitewater who writes in an op-ed that: “On America's Streets, Antifa's Militant Anti-fascism Isn't Terrorism - It's Self-defense.”  Professors at Purdue and Stanford Universities, have worked to create a "Campus Antifascist Network" (CAN) to bring together “anyone committed to fighting fascism.”

Unsurprisingly, students are following the guidance of their teachers. Just a few weeks ago, Campus Reform reported that the Autonomous Student Network at the University of Texas Austin threatened to doxx incoming first-year students if they join Young Conservatives of Texas or Turning Point USA chapters.

The disgraceful event in Portland is a re-run of what’s been taking place on college campuses, where similar attacks and intimidation have been happening for the past decade. And, just as the police did nothing to protect Ngo, so have they been filmed standing idle while Antifa thugs brutally attack their victims.

At the University of California Berkeley two years ago, police were told to stand down as Antifa set fires and burned down the community, causing over $100,000 in damage. At UC Berkeley, UT Austin, and many others, administrators have done little if anything to hold violent agitators accountable. The universities’ failures to act have only emboldened leftist activists who think they can get away with threatening and assaulting conservatives.

Enough is enough. Antifa is emboldened by its power on our college campuses. It’s now spilling into our communities and if our colleges and law enforcement don’t take action and adopt a zero tolerance policy when it comes to  Antifa, trust me, the attack in Portland is only the beginning as we head into the 2020 election cycle.

The reality is, Antifa violence is nothing more than an attempt to intimidate conservatives from organizing political groups and being part of the political process. Its actions are a form of voter intimidation. Failure see Antifa for what it is, and take action to protect the American public from it, puts the democratic process and our republic in serious jeopardy.