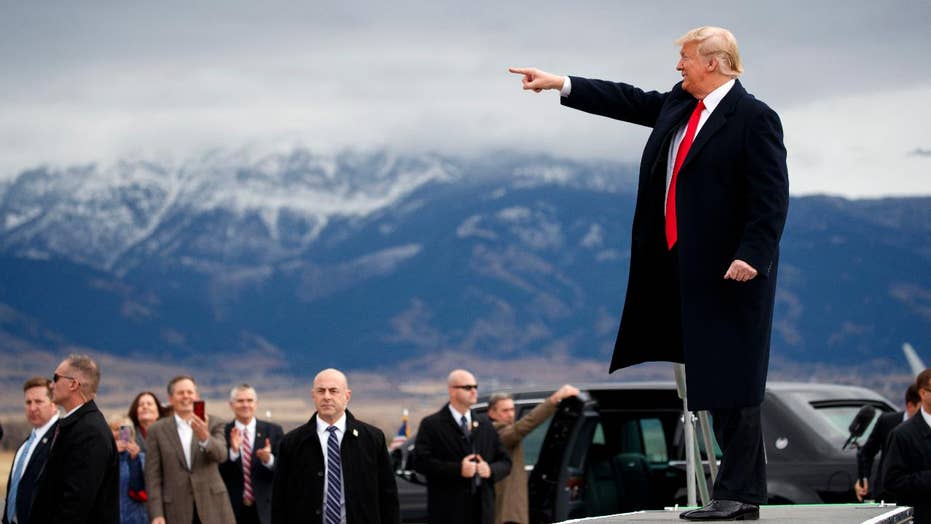 What can President Trump do to continue to positively impact the economy in 2019?

Making predictions is perilous, especially if you’re betting against the USA. Ten years ago, the elite experts were predicting America’s decline and new world order.

Germany’s finance minister forecast in 2008 that, “the United States will lose its status as the superpower of the global financial system.” Other fashionable predictions then included the rise of a still-expanding European Union or a combination of Brazil, Russia, India, Indonesia, China, and South Africa – a grouping that even got their own “BRIICS” acronym.

Oops. None of that panned out – except for the optimism about India.

Fast forward to today: There are four major political-economic trends that establishment experts still refuse to see are changing the world.

We are at a genuine inflection point with China. A key factor of the last 40 years has been the free world’s attempt to entice China with diplomatic and economic engagement, and China’s resulting rapid economic growth. From its economic opening that began in 1978 to 2018, the Chinese economy grew from $218 billion to more than $14 trillion.

The Trump presidency has turned the tables on China’s unfair trade practices and global misconduct, and even hesitant allies like Canada are on our side.  Beijing says the Chinese economy grew at 6.6 percent last year, the slowest pace in 28 years, and many economists think the true rate is much lower. China’s National Bureau of Statistics has conceded that the manufacturing sector is contracting.

More broadly, China’s corrupt growth model seems played out. Foreign companies are waking up to the fact that China’s 1.3 billion consumers are essentially a mirage they can never capture. A trade deal to avoid tariffs with the U.S. won’t reverse the free world’s U-turn on China and may increase pressure on Beijing’s economic and political houses of cards.

South America is set potentially for a major comeback. They have learned a lesson history has repeatedly taught us: Capitalism produces prosperity and lifts people out of poverty while socialism inevitably results in privation and misery. Both Argentina and Venezuela are blessed with abundant natural resources and once boasted of significant wealth before socialism put them into the poor house.

But Argentine voters finally ditched the left in 2015 by making Mauricio Macri, president. The country swallowed a bitter pill of reform that should bear dividends in the future. Brazil similarly turned right with the recent election of Jair Bolsonaro and Colombia is also under capitalist control. The Venezuelan people – suffering from the nasty effects of two decades of socialism – could complete the wave. When they do, South America will have consigned to the ash heap the “pink tide” that swept the continent beginning with the election of socialist Hugo Chavez in 1998.

All of these economies performed poorly in 2018 and all face serious problems from the legacies of socialism and corruption. But the political tide has turned and the potential is massive.

The increasingly government-dominated and business-unfriendly economies of “Old Europe” have one foot in the grave and an another on a banana peel. As Angelo Codevilla, a scholar of international relations, recently observed, “The underlying reality is that the Europe with which America has dealt is waning demographically, ceasing to exist culturally, and is dead politically, never to return.”

Old Europe – the western countries dominated by Germany and France and distinguished from the former Eastern Bloc countries of New Europe – has long accepted decadent decline and the sclerotic growth that comes with big government. But Europe’s decline has accelerated dramatically, with its economy sputtering, its European Union political project beginning to come apart, and growing cultural tumult after a period of uncontrolled Muslim immigration.

Europe still has a massive economy – more than $17 trillion in GDP (although dropping to $15 trillion after Brexit) – but is extremely vulnerable to tariffs the U.S. is likely to impose unless Europe reforms its unfair trade practices – a remote possibility given France’s unwillingness to liberalize agriculture. Americans are also fed up with paying for Europe’s defense in return for little but contempt. There is almost nothing optimistic in Europe’s economic or cultural future, except for reformist nationalists who have gained power in a number of states and a Britain that will soon be free of the European Union.

The restoration of America after a lost decade of economic stagnation is the most critical factor in the world order. The economic reforms implemented by the Trump administration restored growth to just about 3 percent last year (the final six quarters under Obama averaged only 1.5 percent growth).  The Trump economy has produced the fastest wage growth in a decade, record-low unemployment and a record number of Americans already working with record-high number job openings yet to be filled.

Moreover, foreign threats to the economy are remote. Shockingly, America is again the largest producer of oil and gas, and is no longer a net importer of oil and refined petroleum products combined. The energy-producing Middle East remains relevant but as a center of wealth and potential partner (excluding Iran) rather than a critical threat to America’s energy security.

Even the potential of bigger trade wars poses little danger to America. The stock market overreacts to trade news because investors overestimate America’s susceptibility to trade. Federal Reserve Chairman Jerome Powell addressed this issue in September noting, “You can ask, if all of the tariffs that have been announced are applied, what would be the effect at the aggregate level? And they’re still relatively small.”

In fact, we are the economic bloc with the least exposure to trade – U.S. goods exports of about $1.6 trillion amount to less than 8 percent of our economy – and we are part of a 50 member free trade area known as the United States of America. 'Fortress America' is strong.

The emerging world order may not look pretty from Beijing, Berlin, or Davos, but it looks pretty good for America and much of the capitalist world. Bring it on.