'Special Report' All-Stars on the trade framework with the European Union.

President Trump has angered European Union officials by downgrading the E.U. delegation to Washington's diplomatic status -- and not telling them.

The move by the State Department, reported by Germany’s Deutsche Welle, downgraded the E.U.’s Washington delegation from member state to international organization.

"We don't exactly know when they did it, because they conveniently forgot to notify us," an E.U. official told the outlet, which reported that the move initially happened in October or November.

The move largely relates to where diplomats are seated at functions such as dinners, receptions and funerals. DW reported that the delegation only realized when officials organizing the state funeral of former President George H.W. Bush confirmed the lowered status -- and Ambassador David O’Sullivan was called up “as the last person” to pay respects.

The decision sparked anger from the bloc, with an E.U. legislative group for U.S. relations writing to Congress, blasting “the increasingly harmful approach from the White House” and accusing the White House of demoting the E.U. ambassador “to the bottom of the list.”

The letter, obtained by the Associated Press, complains that the administration has criticized the E.U. as bureaucratic and “praised populist and nationalist movements” opposed to sitting E.U. governments.

"Such moves play into the hands of rival global powers and can only lead to greater fragmentation rather than much needed increased cooperation," the letter said, warning of threats from China, Russia and Iran.

An E.U. official told Fox News on Thursday that the status of the E.U. Ambassador was upgraded to the equivalent of a national ambassador in 2016 after E.U. member states committed themselves to a common foreign and security policy, but that decision by the U.S. was "recently changed."

"We are in touch with the U.S. administration regarding this episode," the official said. 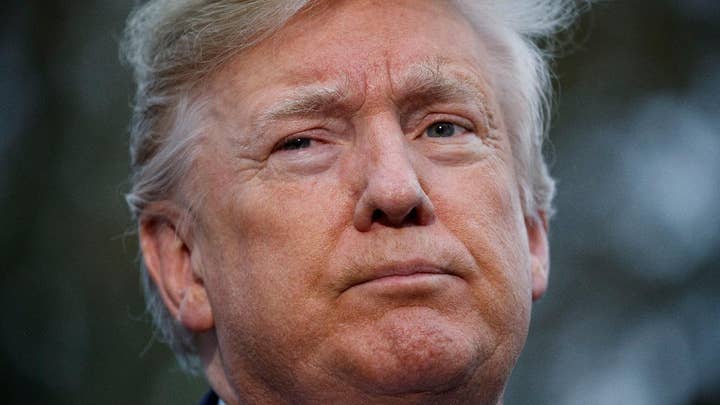 Trump has embraced a number of populist movements, particularly the effort by Britain to leave the European Union. He has also been critical of leaders, particularly German Chancellor Angela Merkel, who have embraced or encouraged mass migration.

And he has made no secret of his disdain for the European Union as a body. He has repeatedly criticized the E.U. for unfair trade practices and has sought to change the trading relationship with the bloc.

He scored a win in July when he announced alongside European Commission President Jean-Claude Juncker that E.U. officials had agreed to increase imports of soybeans and liquefied natural gas, as well as agreeing to work toward the goal of “zero” tariffs and subsidies on non-auto industrial goods -- and to resolve recent tariffs imposed by both sides.

In an interview with CBS News the same month, Trump described the E.U. as a "foe."