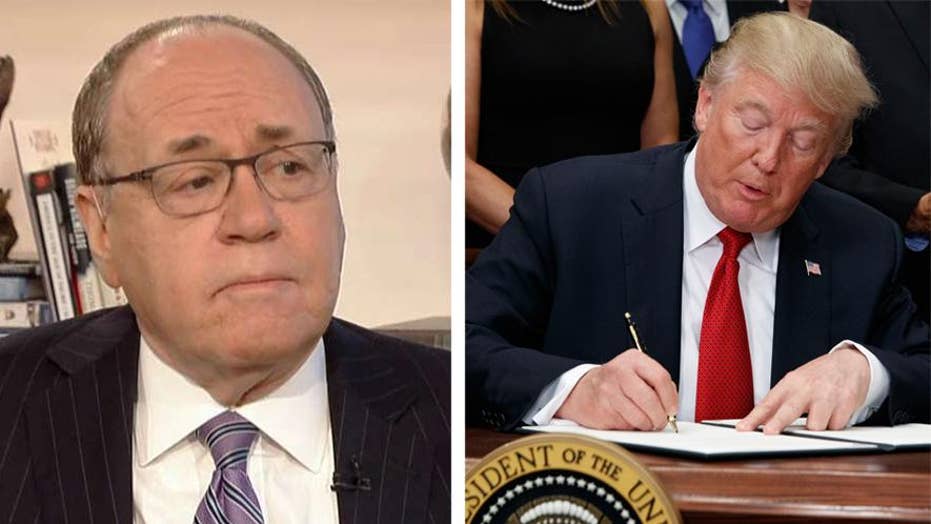 When House Speaker Paul Ryan acknowledged on “Fox News Sunday” this week that nixing the ObamaCare individual mandate could be part of the tax cut bill Republicans are working on, he was essentially responding to a forceful tweet by President Trump from the previous week.

“Wouldn’t it be great to Repeal the very unfair and unpopular individual Mandate in Obamacare and use those savings for further Tax Cuts for the Middle Class,” the president tweeted.

As a practicing physician I say “bravo.” I have never believed that the mandate to buy insurance is ethical. Insurance doesn’t guarantee you access to actual care, and insurers make a greater profit denying you care than actually providing it.

ObamaCare includes high deductibles (the 2017 Bronze Plan average deductible is over $6,000 per individual and $12,000 per family) and narrow provider networks. This leaves you expecting to be cared for because of the rising premiums, but without the ability to access the care because of the huge deductibles.

ObamaCare is based on the concept of a three-legged stool, supported by: the mandate to buy health insurance; the need for essential benefits when you have the insurance; and subsidies for those who can't afford the insurance.

But here’s why ObamaCare hasn't worked: over 6 million people (most of them healthy) per year have chosen to pay the tax penalty rather than pay for an insurance they don't need or can't afford.

This lack of enough healthy people to insure has increased the percentage of people who are sick and with pre-existing conditions in the population buying the insurance. This has led the remaining insurers in the market to continue to raise premiums and deductibles in order to try to make a profit, or to drop out of almost all the exchanges – as United HealthCare, Aetna and Humana have done.

As a result Blue Cross-Blue Shield insurers are “last man standing” – the only insurers participating in ObamaCare exchanges – in many counties, Axios reports.

It is time to kick the mandate leg off the stool and let it collapse under the weight of its over-bloated, one-size-fits-all insurance policies – to be replaced with a cheaper variety of options, including a basic policy for emergency and catastrophic care.

Expanded Health Savings Accounts for tax deductible out-of-pocket care and incentives for healthy behavior – including weight loss and smoking cessation – as well as other cost-saving ideas, must be explored.

The coverage gap can be filled by further expanding the federal safety net, namely the Federally Qualified Health Centers. The Affordable Care Act should be given credit for having provided these essential clinics with grants from 2010 to 2015.

These centers also have many more insured due to ObamaCare’s Medicaid expansion, but will continue to take care of you even if you lack health insurance altogether. The centers now provide service to 22 million people, many of them in rural areas.

Many of these clinics suffer from a doctor shortage, including the one I visited for Fox News in Dunkirk, New York. But this problem can be remedied in part by expanding the National Health Service Corporation, also under the auspices of Department of Health and Human Services.

Maybe Richard Nixon, of all presidents, was right. It would be cheaper and more effective for the government to provide care or insurance for those who lack it directly, rather than subsidizing a private company to provide it.

The Nixon plan was worked out in a 1974 deal with Sen. Ted Kennedy, D-Mass., only to be snuffed out by Watergate. It was not a single-payer plan for government health care. And it was not intended to erode either the employer-based health care market or Medicare and Medicaid, which together cover over 80 percent of the population.

We are at a health insurance crossroads. The individual mandate is blocking the road we need to take to reach an exciting time of innovation and personalized solutions. One-size-fits-all coverage worked in the 1930s when it was first created, but not now.