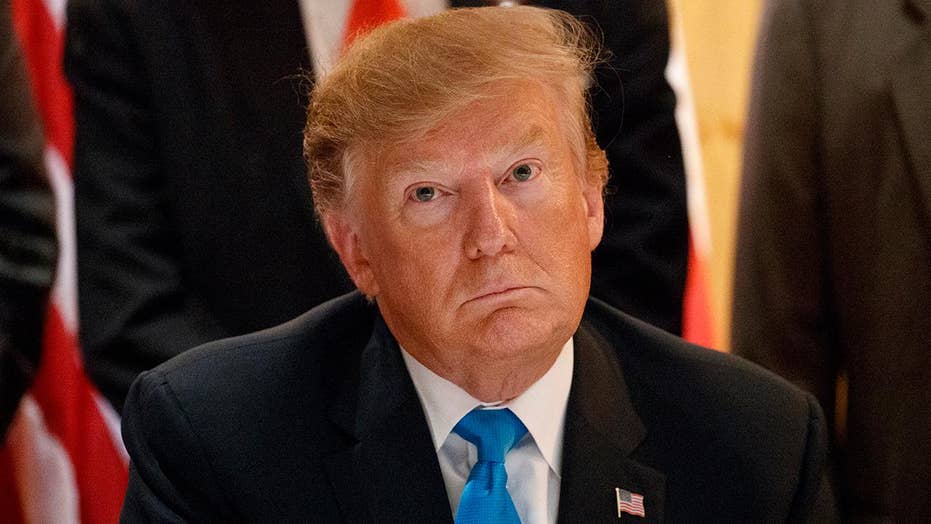 President Trump threatens to send more troops to the border

Despite his earlier promise to hold off on closing the U.S. southern border with Mexico to all migrants, President Trump privately urged his new Acting Secretary of Homeland Security, Kevin McAleenan, last week to do just that.

In fact, the president is reported to have told McAleenan that if the action to close the border resulted in any legal trouble for the acting secretary, Trump would offer a pardon.

This drastic approach by the president is alarming not only because it indicates he is willing to violate federal court orders blocking the administration from limiting asylum seekers for political reasons, but also because it represents a serious threat to both our values and our economy.

Ultimately, the impact of closing the southern border would be felt across the country, and it would inevitably harm many industries.

Richard Miles, a senior fellow at the Center for Strategic and International Studies’ Americas program, recently explained the far-reaching impact closing the southern border would have.

“The first thing you’d see is a spike in car prices and factories in trouble,” he said. This is because lots of the trade between the United States and Mexico is in parts, and factories would face shortages of key components needed for manufacturing.

Farmers in the Midwest could be some of the hardest hit by the closure. Corn and soybeans are two major American exports to Mexico, and cutting off this critical market could spell disaster in states such as Iowa, Nebraska, Minnesota, Illinois and Indiana.

Indeed, closing the border is a dramatic and unnecessary move, the effects of which are not entirely unknown to us. Donald Trump attempted a small-scale version of this plan just a few months ago.

The Trump administration closed the San Ysidro border crossing around Thanksgiving 2018 for six hours. During the closure, the San Ysidro Chamber of Commerce estimated that there were $5.3 million in losses to the local economy.

If the entire southern border were to be closed, especially for an indefinite period of time, these losses will increase exponentially. Such a move would have a catastrophic impact on the various industries that rely on trade with Mexico.

President Trump should end his trade wars with China, his tariff threats on the European Union, and threats to close the southern border with Mexico.

Miles explains that the impact on border states would be just as bad as it is for Mexico. “There are almost a million legal crossings every single day. In Tijuana alone, it’s like 50,000 vehicles and 25,000 pedestrians. That’s day laborers, nannies, landscapers coming in, and the other way around. It’s services like architects to engineers to high-skilled labor.”

It is clear that closing the southern border would be a mistake. It is a vanity project for President Trump, whose policy choices are often dictated by nothing more than party politics.

The president likes to brag about the growth of the American economy on his watch, but the United States needs access to more markets in order to grow our country’s economy, not fewer.

Somewhat ironically, President Trump recently blamed, on Twitter, the Federal Reserve for what he saw as a lack of economic growth.

“If the Fed had done its job properly, which it has not, the Stock Market would have been up 5,000 to 10,000 additional points, and GDP would have been well over 4 percent instead of 3 percent ... with almost no inflation,” he tweeted.

However, a move to close the southern border with Mexico may do much more harm to our nation’s economy than any action taken so far by the Federal Reserve.

Our lawmakers need to focus on ways to continue to facilitate trade between the United States and our neighbors – not ploys such as this.

Replacing the North American Free Trade Agreement has been a key campaign issue for President Trump from the beginning. Yet more than two years into his first term, NAFTA remains in place despite his threats to cancel the agreement. NAFTA’s replacement, the United States-Mexico-Canada Agreement, has been signed but not ratified, and represents little to no improvement on NAFTA.

At the same time, we must reach a compromise on immigration with a policy that effectively secures our border, as well as protects and supports the more than 11 million undocumented immigrants in our country, hard at work seeking economic opportunities and safety.

President Trump should end his trade wars with China, his tariff threats on the European Union, and threats to close the southern border with Mexico. We need these trading partners just as much as they need us.