A fatal stabbing. A brutal attack against a senior walking his dog. An attempted rape of a woman seven months pregnant. Over 200 instances of debris, rocks, and rebar launched at drivers from freeway overpasses as they were commuting to work. And, of course, the fights and overdoses.

And local progressive politicians are completely silent. Their inaction in addressing homelessness and ideological opposition to sweeps created this environment.

City Hall Park, located next to the county courthouse in downtown Seattle, is completely overrun with the homeless. It’s an encampment that mirrors a refugee camp or something you’d find in a Third World country. Think that’s dramatic? Dozens of tents have taken over the park, there is trash everywhere and the stench of human waste permeates the air for blocks.

It’s Seattle’s most dangerous park. But demands and pleas by courthouse officials to sweep the park have gone unanswered.

The Seattle City Council and area activists argue sweeps lack compassion. Using the COVID pandemic for further cover, local leaders have almost completely ended sweeps, leaving the city’s homeless to suffer on our streets, in our parks, and on the sides of our freeways. But the homeless aren’t merely hurting themselves; they’re hurting residents.

A homeless, 35-year-old man named Clint James Jory was released from jail on July 23rd after serving a 21-month sentence for a series of random assaults against women. Six days later, he was at it again.

Democratic politicians seem to believe that it’s compassionate and humane to allow people to sleep outdoors in the elements, surrounded by trash and human waste, living with untreated mental health and drug addiction.

Prosecutors allege Jory entered the county courthouse at the 4th Street entrance since the main entrance on 3rd has been closed since it is too dangerous thanks to its proximity to the homeless encampment. He snuck into the women’s bathroom, took off most of his clothes, and waited for a victim.

Another view of the homeless encampment at Seattle's City Hall Park.

When a pregnant woman entered, Jory "savagely attacked" her, according to court documents. Pants around his ankles, police say Jory put his hands over her mouth and neck and attempted to rape her.

The woman still managed to yell for help. Luckily, a King County Sheriff’s Marshall walking by the restroom at the time sprung to the rescue, pulling Jory off his victim.

During the investigation, police say Jory confessed but claimed it was consensual -- that women couldn’t resist his so-called "meth energy." At the police station, he propositioned an officer for sex.

Because Jory is homeless, the incident again spotlighted the dangers posed by the homeless population living near and congregating around the courthouse. The concerns go back years. But they’ve since come to a head because this violence was hardly an anomaly.

"I heard pounding of feet, and I turned around, and he was running full speed at us, and I didn’t have time to really do anything. I had [Alice] on the leash, and he came running towards her, knocked me down, and he kicked her so hard that she went up in the air and started hemorrhaging," Hickey told Q13 FOX.

Alice died at the scene. Williams was charged, but Judge Marcus Naylor released him on his own personal recognizance. He didn’t return to court for his next hearing.

Two weeks later, another incident by a homeless man who has been living at the encampment for a year. Police say Michael Sedejo confessed to stabbing another homeless man to death after a fight. Sedejo was arrested for assault weeks earlier but released on reduced bail after the anti-bail Northwest Community Bail Fund paid for his release.

The ongoing issues prompted 33 superior judges to write a letter begging Seattle to clear the park.

"Our Court has repeatedly met with park officials, city leaders and law enforcement to request urgent assistance to address these conditions," the letter says. "Little has changed, other than conditions becoming even more dire." 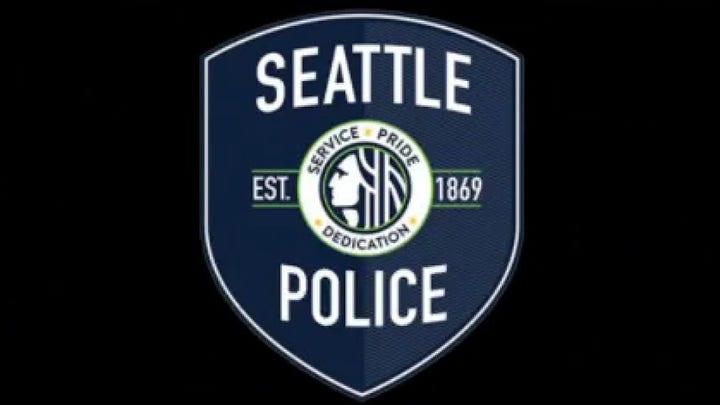 I should note that judges at the courthouse are part of the problem, frequently offering light sentences or releasing criminal homeless on their own personal recognizance. Still, staff and jurors are under constant threat.

So, too, are the drivers commuting to work on the I-5 freeway, which cuts through the heart of Seattle’s downtown. Encampments surround either side of the freeways and overpasses. And the homeless there have grown considerably more aggressive. 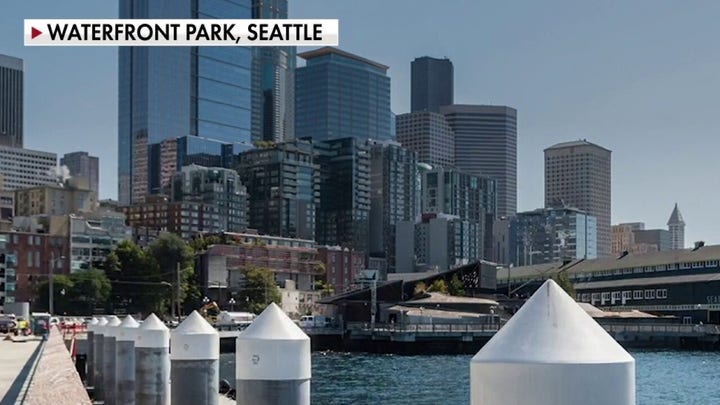 Since April, there have been 209 reported incidents of debris thrown at drivers. Some have gotten seriously hurt, and all are lucky to escape death. It took five separate arrests for the Washington State Department of Transportation (WSDOT), which owns the land, to allow for only two encampment sweeps. The state legislature provided millions in funding for that exact purpose. But the WSDOT secretary, Roger Millar, is ideologically opposed to sweeps.

"What we can’t do about that is this homeless camp ‘Whack-a-Mole,’ where you clean one up and they move across the street. That just doesn’t work," said Millar, "It’s a waste of resource and frankly, it’s not humane."

This claim is standard for sweeps: it lacks compassion and humanity to compel the homeless to live in open shelters (which now even include converted hotels).

Instead, Democratic politicians believe it’s compassionate and humane to allow people to sleep outdoors in the elements, surrounded by trash and human waste, living with untreated mental health and drug addiction.

Perhaps these leaders can show equal compassion and humanity to the victims attacked by the homeless? What will it take for Democrats to act?

Murder or attempted rape? Well, that has already happened.