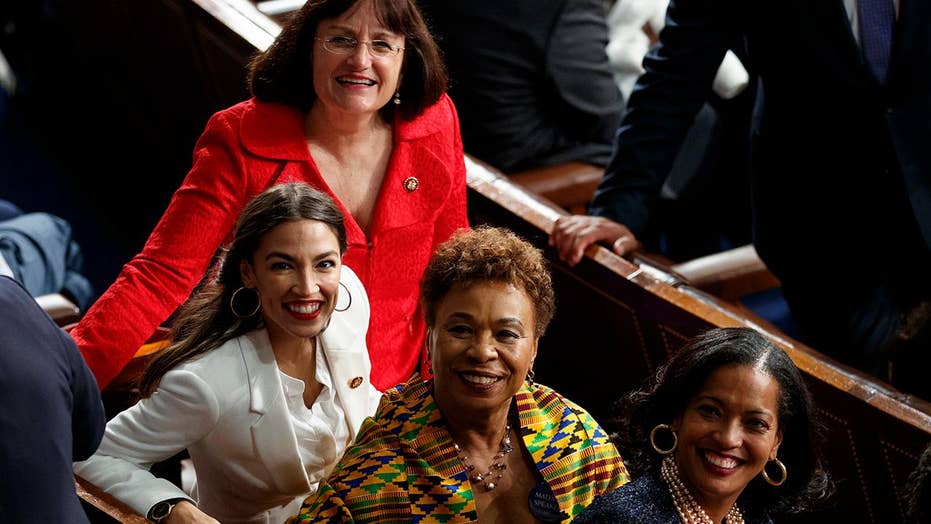 For decades, the Democratic Party has been steadily moving away from its roots as America’s self-proclaimed champion of the middle class, instead choosing to embrace radical identity politics and a socialist agenda. Democrats are quickly becoming the party of Karl Marx and Che Guevara, not John Kennedy.

The rise of the far left in the Democratic Party has perhaps never been more evident than since Democrats recaptured the House of Representatives in the November 2018 midterm elections. The following are just some of the most socialistic and radical plans now garnering significant support among Democrats in Congress.

Rep. John Yarmouth, D-Ky., the chairman of the powerful House Budget Committee, recently issued a request to the Congressional Budget Office (CBO) to conduct an analysis of the costs of transforming the United States’ current health insurance system into a government-run, single-payer model – the plan embraced by Senators Cory Booker, D-N.J., Elizabeth Warren, D-Mass., and self-described socialist Bernie Sanders, I-Vt. Yarmouth’s request is a signal that Democrats are in the early stages of preparing for a future vote on single-payer legislation.

A single-payer program in line with Sen. Sanders’ “Medicare for All” proposal would cost $32 trillion in its first 10 years, according to an analysis by the Mercatus Center – an amount so high Mercatus estimates that doubling existing individual and corporate taxes wouldn’t be enough to cover the costs.

Not only would putting the government in charge of health care cost trillions of dollars, but it would also force Americans to endure many of the same problems plaguing government-run health care models around the world, including long wait times for patients and rationing of care. The Fraser Institute reports that patients in Canada, which has a single-payer health care model, who require “medically necessary elective orthopedic surgery” wait on average 41.7 weeks – about 10 months – before receiving treatment. Patients requiring elective neurosurgery, including many patients who have brain tumors, wait 32.9 weeks.

If Democrats have it their way, Americans will be subjected to similar problems, and millions of people will inevitably suffer as a result.

The elimination of all fossil fuels; socialized energy.

One of the Democrats’ most controversial and destructive proposals is newly-elected Rep. Alexandria Ocasio-Cortez’s, D-N.Y., “Green New Deal.” This far-reaching plan would eliminate all fossil fuels by 2030, including from agriculture, manufacturing, transportation, and the entire electric grid.

Ending the fossil-fuel industry would potentially destroy millions of jobs and require an unprecedented investment in expensive and unreliable renewable energy sources like wind and solar power generation. Even worse, because wind and solar cost two to five times more than existing conventional energy sources, requiring huge sectors of the economy to rely on these renewables would increase the cost of all goods and services and drive countless businesses out of the country.

The “Green New Deal” doesn’t stop there, however. It would also socialize much of the newly-created renewable energy industry and require “upgrades” to nearly every building in the country – a provision that would likely cost trillions of dollars and insert the federal government into every American’s home.

Rep. Ocasio-Cortez has called for increasing the top marginal tax rate for some wealthy Americans to as high as 70 percent. If enacted, Americans for Tax Reform President Grover Norquist says it would be the highest tax rate in the industrialized world.

Democrats have also proposed a dramatic increase to America’s corporate tax rate. Rep. Yarmouth has said he favors raising the corporate rate from 21 percent to 28 percent – a 33 percent increase. This would be one of the largest corporate tax hikes in recent history, and it would roll back much of the reduction to the corporate tax rate passed by Republicans and President Donald Trump as part of the Tax Cuts and Jobs Act of 2017.

Those tax cuts, coupled with the Trump administration’s regulatory rollbacks, have spurred remarkable economic growth in the United States. According to data from the Bureau of Labor Statistics, more than 2.8 million full-time jobs were created from January 2018 to December 2018 – 688,000 more than the number of jobs created during the same period in 2017.

Increasing tax rates on corporations would likely cause a substantial economic slowdown and might even cause corporations that have expanded their operations to lay off newly-hired workers.

Rep. Steve Cohen, D-Tenn., introduced legislation to create a constitutional amendment that would eliminate the electoral college system and replace it with a model based entirely on the outcome of the national popular vote. (Democratic presidential candidates Al Gore (2000) and Hillary Clinton (2016) both won the popular vote but lost the presidential election because their challengers won more electoral college votes.)

The electoral college system for electing presidents is an essential part of our federalist system of government and was a key component to the passage of the Constitution in 1787. The electoral college enhances the power of voters in smaller states. Without the electoral college, voters in a handful of highly populated states would have significantly more power to determine the outcome of every presidential election, which is exactly what Democrats want. About three in 10 votes cast in the 2016 election occurred in just seven Democratic-leaning states: California, Illinois, Massachusetts, New Jersey, New York, Virginia and Washington State.

If the electoral college is abolished, voters in much of the Midwest, South and Mountain West regions – especially in rural areas – will be ignored in future presidential elections.

Together, these proposals represent a remarkable shift toward socialism and the centralization of power, and away from the principles that have made the United States the most prosperous, successful nation in human history: individual liberty and free markets.

Americans everywhere must stand against these radical ideas. If we don’t, the United States will, over the next few decades, begin to look increasingly more like the Soviet Union and less like the country created by our Founding Fathers.