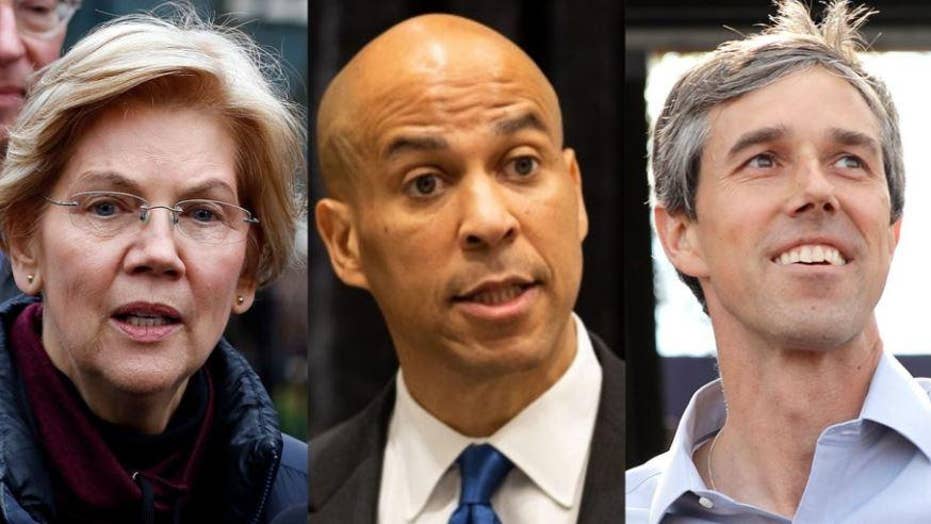 A growing number of Democrats considering a presidential bid have signaled support for the 'Green New Deal' pushed by Rep. Alexandria Ocasio-Cortez.

A growing number of Democrats considering a presidential bid have signaled support for the sweeping "Green New Deal" pushed by Rep. Alexandria Ocasio-Cortez and other liberal lawmakers, underscoring how the 2020 field is being pulled further left by the influential progressive wing.

An analysis by Fox News shows at least eight potential Democratic candidates have voiced support for or touted aspects of the proposal, which amounts to a drastic overhaul of the U.S. economy and government benefit system.

Rep. Eric Swalwell, D-Calif., 37, who says he is looking at a 2020 presidential run, told Fox News he was “excited” to support the proposal and be a part of the process.

“When it comes to climate change, we need to advance policies that don’t ask Americans to choose between their jobs and clean air and water,” Swalwell told Fox News this week. “We can do that by greening the grid with investments in renewable energy and a wage and skills guarantee for any displaced worker.”

He added: “It’s time to go big on this issue with bold solutions. I welcome a Green New Deal and am excited to offer additional ideas to create meaningful jobs and address the crisis of climate change.”

Fox News reached out to nearly two-dozen Democrats seen as potential 2020 candidates to ask about their position on the Green New Deal. Some voiced support for the plan or pointed Fox News to prior statements of support, though most did not respond to the requests for comment or declined to comment -- leaving open the possibility that more potential candidates could lend their support in the coming weeks.

The expansive Green New Deal proposal has floated in Democratic circles for years but was given new life by the Sunrise Movement and liberal lawmakers like Ocasio-Cortez. The package would focus on income inequality and climate change, combining ideas incorporated in former President Franklin D. Roosevelt’s signature New Deal, and modern ideas like renewable energy and resource efficiency. 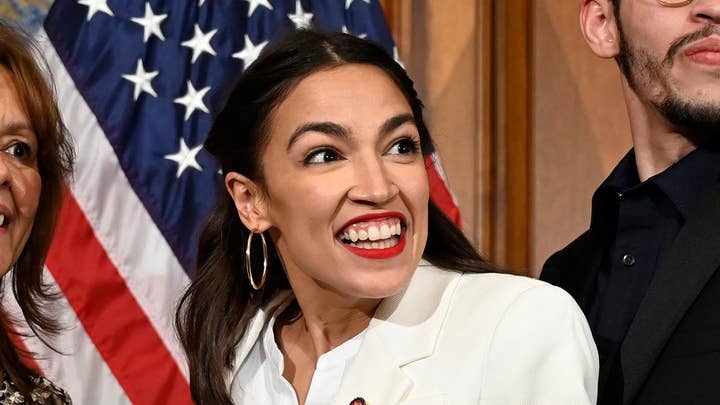 A draft text of the plan has circulated around Congress and laid out a framework that includes eliminating greenhouse gas emissions from manufacturing and agriculture and “dramatically” expanding energy sources to meet 100 percent of power demand through renewable sources. The proposal describes this as a “historic opportunity to virtually eliminate poverty in the United States and to make prosperity, wealth and economic security available to everyone participating in the transformation.”

And it includes a host of other liberal wish-list items like: a job-guarantee program offering a “living wage job to every person who wants one;” a “just transition” for workers affected by climate change; basic income programs; universal health care and more.

The proposal already has garnered support from dozens of House Democrats, though it's unclear how far Democratic leadership in the chamber is willing to take the idea. But at least as a political talking point, it's beginning to take off in the field of hopefuls eyeing a challenge to President Trump. 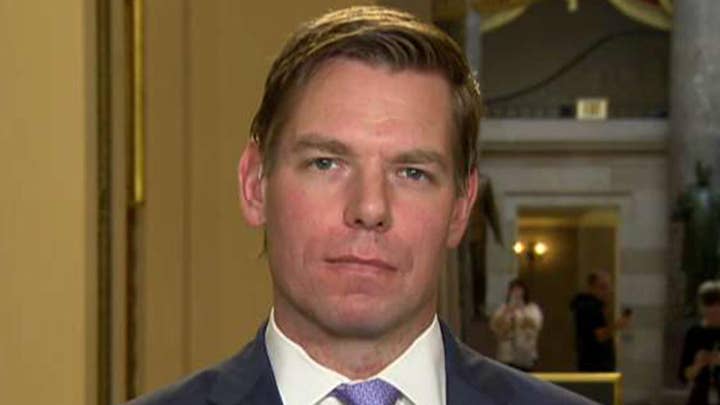 Sen. Booker, D-N.J., issued his endorsement for the proposal last month. When reached by Fox News, a spokesperson for Booker pointed to his December tweet on the matter.

“We must take bold action on climate change & create a green economy that benefits all Americans. Thank you to @sunrisemvmt & activists for your inspiring work. Excited to support a #GreenNewDeal,” Booker tweeted on Dec. 14.

Sen. Warren, D-Mass., who has already launched an exploratory committee for a 2020 run, “supports the idea of a Green New Deal to ambitiously tackle our climate crisis, economic inequality, and racial injustice,” a Warren aide told Axios earlier this month. 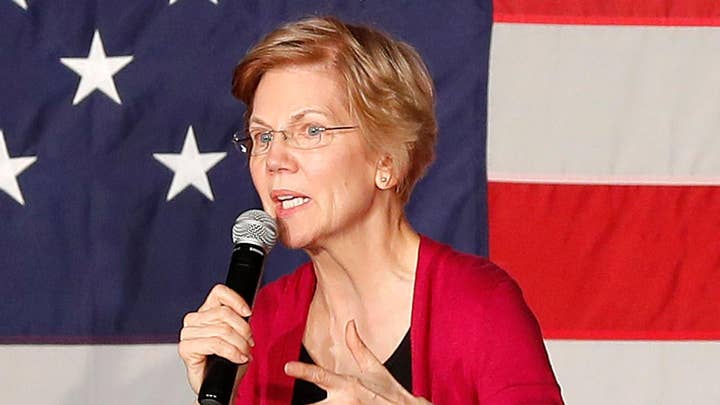 Sen. Bernie Sanders, I-Vt., who has been on the leading edge in Congress pushing for universal health care and free college education, also offered his support for the plan, along with Rep. Tulsi Gabbard, D-Hawaii.

Sen. Jeff Merkley, D-Ore., endorsed the proposal last month and said he would introduce his own version of a Green New Deal in 2019.

“We absolutely have to make sure this is part of the conversation going into 2020,” Merkley told The Washington Post last month. “Mother Nature is sending this message, and the youth have double down on the message.”

Former Obama administration Housing and Urban Development Secretary Julian Castro, poised to make a 2020 announcement this weekend, will reportedly support the proposal, telling NBC News that "we should do that," when asked about the plan.

And Democratic darling Beto O’Rourke, who was narrowly defeated by Sen. Ted Cruz, R-Texas, in the midterm elections, is apparently supportive of the "concept."

“Beto is supportive of the concept and how it invests in green jobs, and is looking forward to engaging more on the issue as it continues to develop,” an O’Rourke spokesman said in a statement to the Huffington Post.

MOST DEMOCRATS IDENTIFY AS LIBERALS FOR FIRST TIME, UNDERSCORING LEFTWARD TILT OF PARTY

Other 2020 prospects, like Sen. Kamala Harris, D-Calif., and Sen. Sherrod Brown, D-Ohio, have weighed in, but not yet offered official positions on the plan.

Harris’ staff reportedly has been in touch with the organizers behind the Green New Deal. Brown reportedly said he did not know enough about the details of the plan to take an official position yet, though sounded skeptical.

“I’ve never bought that you play off workers against the environment because what I have seen is good environmental policy means more good jobs,” Brown said on the podcast “Pod Save America” last month.

Former Rep. John Delaney, D-Md., who was essentially the first 2020 candidate out of the gate, praised the idea without outright endorsing it.

"We need to act on climate change and a Green New Deal, which is broadly defined as combining policies that reduce emissions and help people economically, is a smart approach. I am less interested in slogans and branding than I am in real policies, which is what I'm running on. The details really matter.," Delaney said in a statement to Fox News. "The best start is the bipartisan one I introduced in Congress with the Energy Innovation and Carbon Dividend Act (EICD) - a carbon tax with revenues going back to the American people through a dividend. This plan can result in a 90% reduction in GHG by 2050 by changing behavior, encouraging innovation in new technologies and using market forces to reduce emissions." 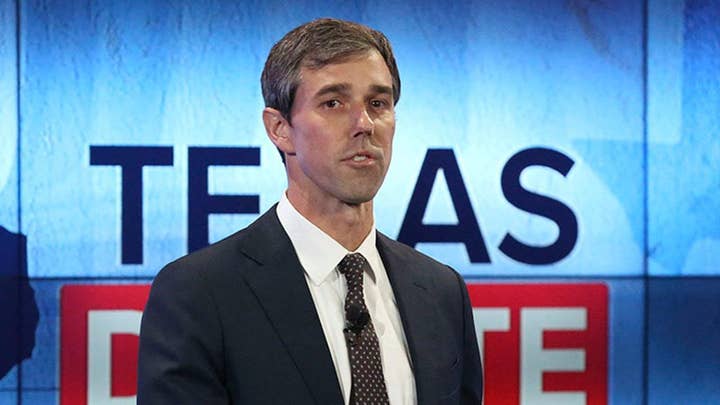 MARTIN O'MALLEY URGES BETO O'ROURKE TO RUN FOR PRESIDENT IN 2020

Meanwhile, former Vice President Joe Biden has not taken a stance on the issue. A Biden spokesman told Fox News he did not have a comment “at this time.”

Other potential contenders including former Attorney General Eric Holder, Sen. Kirsten Gillibrand, and even Hillary Clinton did not respond to Fox News’ request for comment on whether they would support the plan.