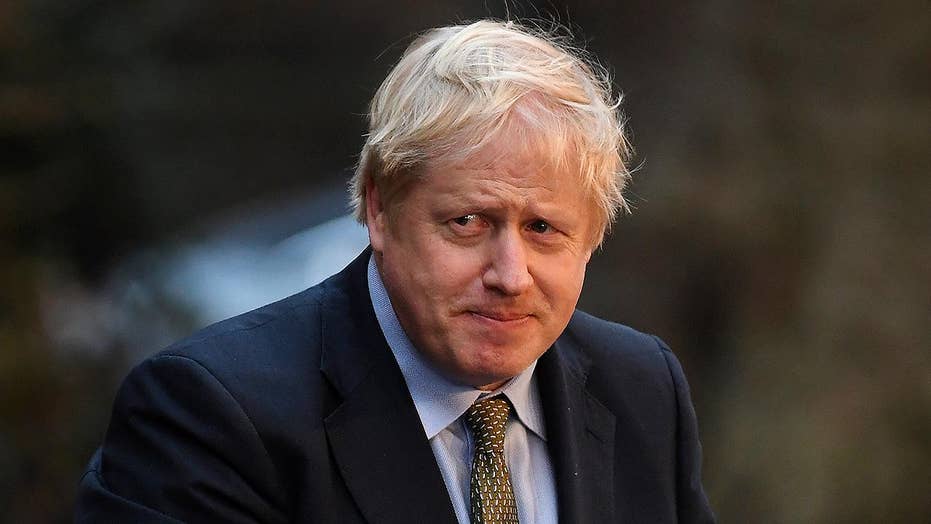 Imagine California being “too close to call” for Donald Trump vs. his Democratic opponent on election night in November of 2020. That, in essence, is what happened in the United Kingdom Thursday night with an enormous, and historic, win for Boris Johnson and the Conservative Party.

This movement of the political tectonic plates will surely cause a tsunami of reaction across the pond, here in the U.S., as well around the world.

Since the era of Margaret Thatcher the U.K hasn’t seen such a surge toward the Conservative Party and this is such a large win that it will hold for at least a generation to come.  And while Boris Johnson can claim victory, this win may almost be in spite of him, not because of him.

A controversial leader with both wide support and lots of criticism, Johnson happened to be in the right place at the right time when the tidal wave of public opinion ushered in a new era for the U.K. and turned the pages of history simultaneously forward – to finally Leave the European Union – and backward – in returning the United Kingdom to national sovereignty and independence.

Thursday was an historic day indeed as Prime Minister Johnson will continue to lead from 10 Downing and a new Parliament with a Conservative majority, will certainly march toward the January 31, 2020 Brexit date with new enthusiasm and strong consensus.

The voters have been sending a clear message incessantly since 2016 – they wanted to leave the E.U. - and it has fallen on deaf or closed ears. Even as predictions of the polls tightening and fear of a Johnson loss was being touted this past week, the dire wishes of those peddling that desired outcome could not make it come true. The headline in the Daily Mail Friday morning shouted “Rejoice” (and the liberal Daily Mirror was the opposite with a headline that declared “Nightmare Before Christmas.”)

Yet is there really anything surprising about wanting to control one's own destiny? The people of the U.K. have surrendered their allegiance to both Westminster and to Brussels for far too long and have given more than they have received, and have lost more than they have gained.  What began in the 1970s as merely a common market trading agreement devolved into full surrender of borders and immigration and courts and trade and laws and even fishing waters.

Yet the 17.4M Brexit voters of 2016 haven’t forgotten their vote and haven’t changed their mind.  And in fact, have confirmed emphatically with a double exclamation point that their decision to Leave then still means Leave now.  Regardless of how the other side has tried to spin and control the narrative, the Leavers never wavered and never bought into the lies that were peddled 24/7/365 by the Remainers.

They never believed the insult that their vote was a mistake or looked back wishing they had voted to stay in the European Union.

They never believed the doom and gloom naysayers predicting economic catastrophe would come by leaving the E.U., but instead knew that economic calamity would occur by electing Jeremy Corbyn and his progressive policies of taxation and big government.

They never believed the lies predicting the U.S. had made a secret backroom deal to take over the U.K.’s NHS (National Health Service) or believed that there would be shortages of food or medicine by deciding to leave the E.U.

Hard-working, law-abiding, tax-paying individuals don’t like being told what to do or how they should live.

They never believed that their future opportunities for trade and growth were tied to a small, declining population in Europe with fragile, failing leadership and crumbling economies, but rather looked to the U.S., to the Commonwealth nations and to the waiting world, knowing they would be welcomed back to trade and work together and align for good globally once out of the confines of E.U. oversight.

And most importantly they never believed the lie that the vote to Leave was a vote AGAINST something, but proudly knew it was a vote FOR everything – sovereignty, independence, self-governance and a declaration to Europe and to the world that they are ready to Lead, not Follow.

This historic election is the final nail in the coffin of the globalist experiment. It has failed in dramatic and spectacular fashion and with the U.K.’s imminent exit now from the EU, there will likely be other countries lined up right behind them also plotting their plan of escape.

Overarching supranational bureaucracies don’t help individuals – they help themselves – and the U.K. voters were smart enough to see that and brave enough to reject it.

They have changed the trajectory of their nation’s history and those who prosper in Britain’s vibrant and independent future will thank them.

Just as we saw the 2016 Brexit vote as a precursor to the 2016 Trump victory, the progressive left here in the U.S. should take this as a warning shot across the bow.

Hard-working, law-abiding, tax-paying individuals don’t like being told what to do or how they should live.

They don’t like being dismissed as uninformed or too simple to understand the complexities of government.

They resent having their voices ignored and having words put in their mouths about what they think and believe. Their priorities are not always in alignment with the loudest voices who wield the most power and ultimately they will refuse to give in to intimidation but will quietly go to the polls and make their silent voices heard in the arena of equality – the ballot box.

Unless drastic changes occur here between now and November, the U.S. presidential vote of 2020 has now been foreshadowed by this vote. The left should be extremely worried. And the right should be watching with enthusiasm and optimism.

The megaphone of the powerful has been proclaiming the Lies of Leaving since 2016, using the sword of fear to divide those who supported it.  But rather than dividing support, instead, they have increased support by overplaying their hand.

Yet democracy cannot – and should not – be dismissed by those who think they know better than the electorate. The people should ultimately tell their government what to do, not the other way around.

In the U.K. we saw a “Leave” county go toe to toe with a “Remain” parliament – and win.

Here in the U.S. we see coastal elites, the media and even members of Congress in opposition to much of the rest of America – an American electorate which I believe will go overwhelmingly to the ballot box and make their distaste for what is happening in Washington known.

Will pundits once again offer that a Trump victory is 2020 is “shocking,” “stunning,” and “unexpected”? Perhaps we will even see another historic victory next November.

Yet those who are following what the Brexit voters of 2016 and 2019 have done will not be the least bit surprised at the outcome.

Peggy Grande is Chair of @World4Brexit and author of, "The President Will See You Now: My Stories and Lessons from Ronald Reagan's Final Years", a keynote speaker, political consultant and media contributor. She was the executive assistant to President Ronald Reagan from 1989 to 1999. Follow her on Twitter @peggy_grande.
ADVERTISEMENT